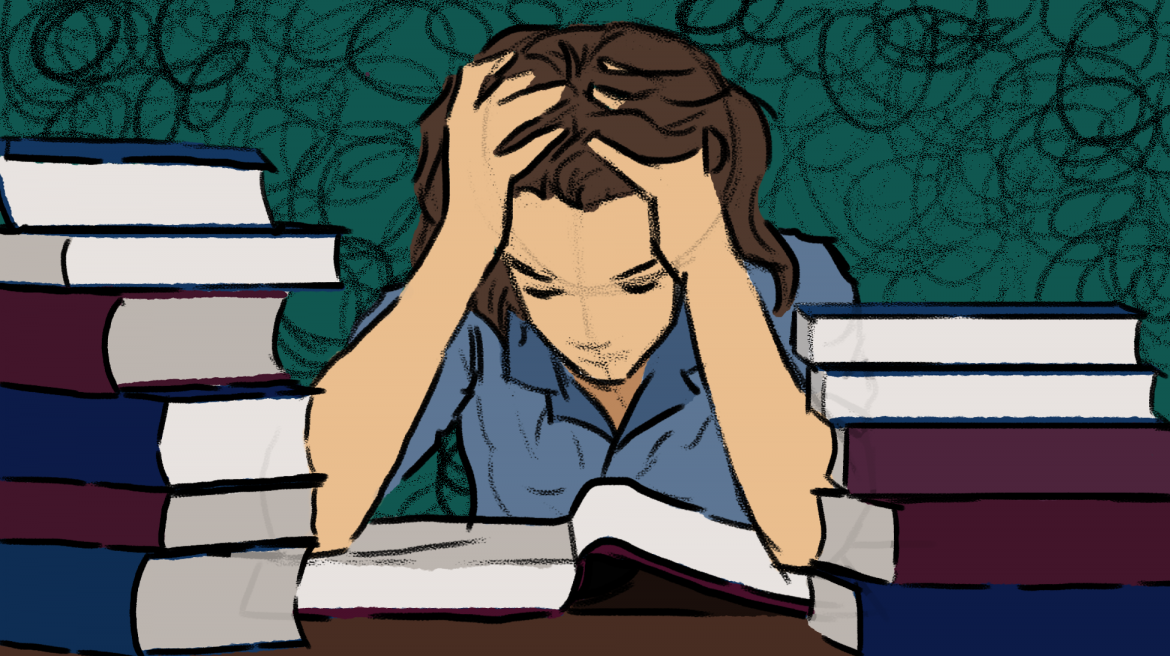 At the start of my junior year, I finally told my friends that their obsession with academic comparison was wrecking my mental health. I suggested that we avoid talking about grades altogether. Oftentimes after a test, I would hear this seemingly innocent inquiry: “Oh my God, what did you get?”

Yet, this question is frequently loaded with the intention of reinforcing one’s ego. The one who asks usually already knows that they have received the higher grade than the person they are asking. So what is the point of asking other than to feel superior to one’s peers? It just fuels the subconscious and almost primal competitiveness that defines SPHS’ social climate.

To me, school has become a crazy race. Everyone wants to be “better,” not for themselves, but in comparison to those around them. And this race is dangerous, in that it destroys its participants’ self-worth. The intersection between online learning, the pandemic, and my junior year — arguably the hardest and most crucial for colleges — has heightened this race now that the pressures of school are expected to be maintained throughout this entirely new environment.

The shutdown of almost all extracurricular activities, where most students were able to pursue their personal interests, has isolated academic competition into an uncomfortable spotlight. In this spotlight, academic competition has been able to dominate and suffocate the livelihoods of students with a power unmatched than ever before.

There is now pressure in an aspect of my life that I never expected: my peers. A majority of students at SPHS are so hyper focused on anything that enhances their college applications. It seems like a lot of the voluntary decisions they make and things they do are done so only because it attracts prestigious colleges, the ones draped in ivy and adorned with impressively old brick.

I’ve had conversations with people where I compliment a new activity they’ve taken up, and they’ll admit to only doing it for the sole purpose of “looking good” college applications.” Being constantly surrounded by this college-centric mindset makes me feel like I’m really not doing enough; I should be playing an instrument, forming a club, or spending my free time studying for upcoming exams — even if I don’t love it.

I have been making an effort to do things that I like, and this effort has become more taxing due to the weight of academic pressure. Even when I spend time doing those activities, I think that I could be spending my time doing something that would actually benefit my future or college applications. Every aspect of my life is affected by this hypercompetitive college process and it’s a constant battle to justify to myself that I can do things that I like even if other, more “beneficial” things, could be done.

I’m coming to recognize that I don’t thrive in school environments. High school sparked this immense  anxiety flareup in me and any mildly provocative event garners a disproportionate emotional response. I feel sick. I can’t eat.

It’s really admirable that some are able to do what they love in high school when it contradicts the norms of resume padding, but the culture as a whole has to change. Students need to be less compliant towards the current educational system. Rather than superficial complaining students do on a regular basis, there needs to be serious criticism of how the education system, because right now it is antithetical to happiness.