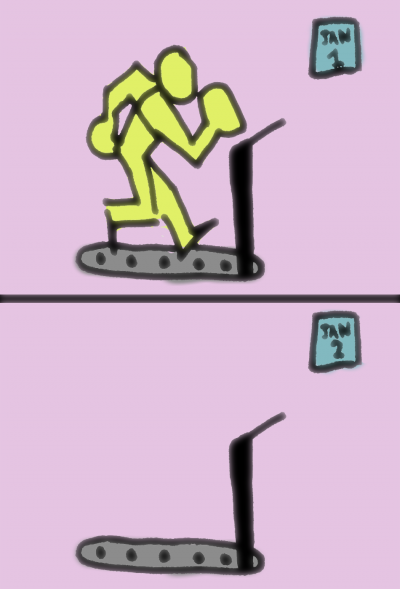 Adopting a plethora of resolutions that promise physical and psychological advancement with the arrival of a new calendar year is a commonality during the final months of the year and holiday season. However, the popularity of this practice is often overshadowed by its frequent failure; one source indicates that as much as 75 percent of people abandon their New Year’s resolutions within the month of January, and less than ten percent actually adhere to their objectives throughout the year.

These statistics are troubling, but they are merely indicative of a larger dilemma pertaining to modern culture’s perceptions of goal-setting, persistence, and rationalism during the holidays. The nature of New Year’s resolutions  in particular perpetuates numerous misperceptions that improperly define how personal improvement should be carried out. To achieve a society that boasts a rational approach to promises and development, individuals must be able to see beyond a tradition that clearly suppresses the populace’s ability to govern its own standards and actions.

Few who commit to New Year’s resolutions in November or December do so free of the festivity that characterizes both months’ holidays. Between the celebrations and customs associated with each period, people are empowered by unnatural levels of spirited inspiration and confidence to enact ambitious goals, regardless of their practicality. When these attempts inevitably fail, as data suggests, this dissuades individuals from pursuing the same objectives in the future.

The mindset that the beginning of the year is the only opportunity to bring about personal change also reinforces a detrimental ignorance towards proactivity. For example, someone who sets a goal to eat healthier in the middle of the calendar year might wait until January to carry out their plan. This exemplifies a base laziness that prevents people from taking ownership over their own circumstances. By sustaining this behavior for prolonged periods of time, there is a risk of this same laziness preventing action at any point in the year.

Carrying out New Year’s resolutions properly and efficiently demands conduct that more consistently and intensely stresses proactivity. This holiday season, instead of commiting to overly idealistic objectives out of the blue, develop extensive strategies to systematically accomplish more manageable goals that lead up to the primary objective. Physical documentation, for example, could prove as an effective source of accountability and oversight for long-term resolutions.

There is nothing inherently disagreeable about setting goals for the purpose of one’s future growth; New Year’s resolutions still embody a very human desire to become the best one can be. Still, there is a conversation to be had about the extent to which human nature can limit the productivity these resolutions promise. Only when done in a consistent, self-accountable, and calculated fashion do these statements become the serviceable traditions they were made to be.