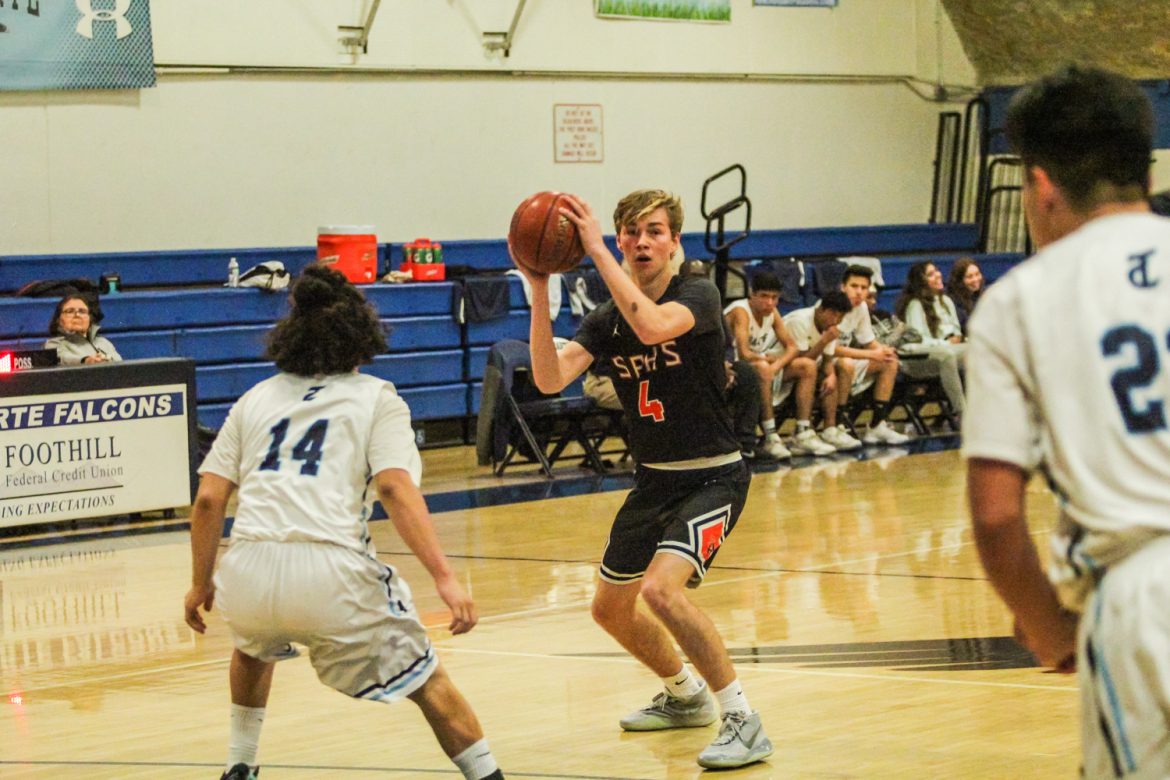 Despite suffering its first two losses of the season, the Tigers still boast a strong 10-2 record.

Boys basketball faced stiff competition in its final tournament before league, finishing 1-2 on the weekend of Saturday, Dec. 28. South Pas now stands at 10-2 on the season.

The Tigers had a rough start, kicking the tournament with their first loss of the season to Maranatha Friday, Dec. 27. Saturday’s matchup with Santa Monica brought the same result, as South Pas fell, 52-40.

However, the Tigers bounced back with a 60-56 win against Sylmar. The team was scheduled to face San Fernando, but the latter cancelled.

“The tournament was a true test to our team’s potential due to the tougher competition we knew we would have to face,” senior Rodney Ortega said. “Our team definitely took a step in the right direction and everyone is definitely more prepared to win heading into the start of league,”

The Tigers will face Bosco Tech at the East LA College Showcase on Saturday, Jan. 4.