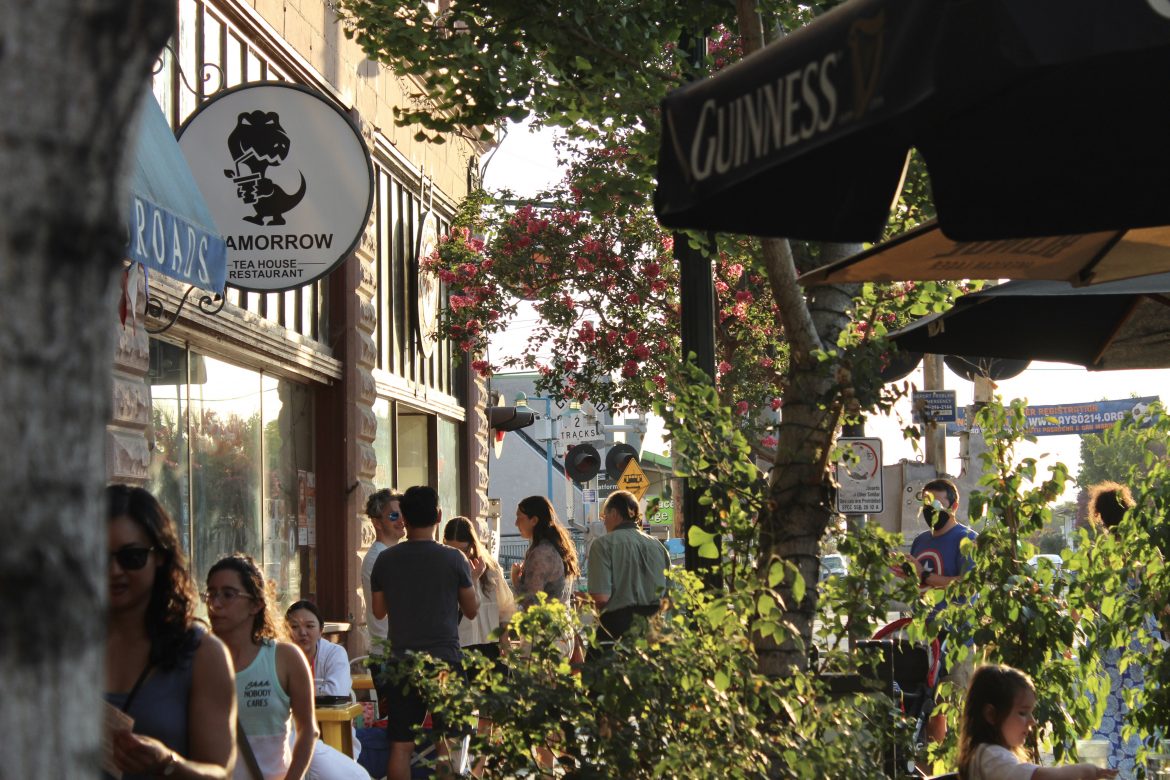 The "al fresco" Arts Crawl marks the first city-wide event since the coronavirus shutdown and welcomed back the community with art, music, and more.

After a year bereft of art and music, the South Pasadena Arts Crawl was back in half-swing on Saturday, July 17th from 4 P.M. to 8 P.M. The free “al fresco” themed event featured an array of artisans, live music, and comedians.

The Arts Crawl, sponsored by the South Pasadena Chamber of Commerce, has been a staple of South Pasadena culture for almost a decade. This year’s Arts Crawl was the first city-wide activity since the 2020 coronavirus shutdown.

An invisible string tethers magenta puppet Bernie to the food truck, Sus Arepas outside the Dinosaur Farm. He monologues about his lack of knowledge of the prehistoric dinosaur species and hollers at passing skateboarders ‘This is the Art Crawl, you should be crawling.’ Bernie’s nomadic joy encapsulates everything that we missed this year. 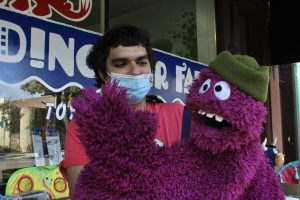 The light, comedic entertainment continued at City Hall, where an assortment of colorful comedians hosted by the perceptive comedian Hailey Hackett relayed various witty anecdotes about post-quarantine life and the trauma of Los Angeles living. 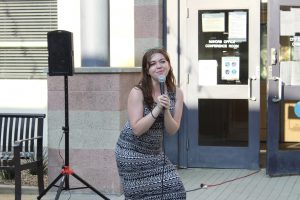 Located adjacent to the South Pasadena Historical Museum were a dozen merchants selling various clothing items and accessories from local businesses. Many stores provided discounted items – Videotheque had DVDs ranging from one to five dollars, and boutique Jeweled Universe put out a sales rack after their trunk show with Altadena-based hat vendor Andie Cohen-Healy. 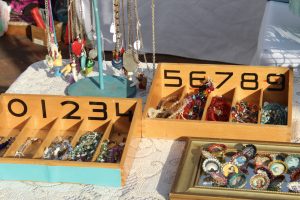 The vibrant artists and musicians intertwined at various locations. At Hotbox, artist Noa Melendez showcased his patchwork inspired art while Suzie Rozler played smooth jazz beside him. The music was pared down to a smaller, more local sound which fits the small town ambience. The band Cynthia Brando sold hand-dyed bandanas and played their folksy guitar and violin outside of Jasleen, while Rock band Double Naught Spy Car drew a crowd of buoyant spectators outside Old Focals. 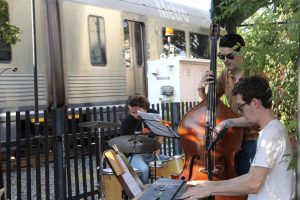 The revitalization of the town excited many, despite the fact that the streets were lacking in tourists. This year’s Arts Crawl,the first major city-wide event since the stay-at-home order, was a joyous occasion when many people thought there would never be a return to a semblance of normalcy.

“We were so excited to bring the South Pasadena Arts Crawl back to the community. It made me so happy to see folks out and about on Mission Street, a medley of music coming from different businesses, al fresco family art-making activities, people coming back together again to celebrate art, life, and our sweet city of wild parrots ” Angelina Coppola, the event producer of the Arts Crawl, said. 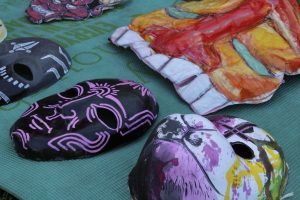 The theme of this year’s Art Crawl was ‘Al Fresco’ which is quite apropos for our current state of being. Al fresco in Italian means ‘in the fresh (air)’ which is relevant considering how long the community has spent being in the confined space of our homes. With the new mask mandate, any upcoming activities are becoming more difficult to plan. However, the arts crawl was a colorful and charming way to embrace the heat.