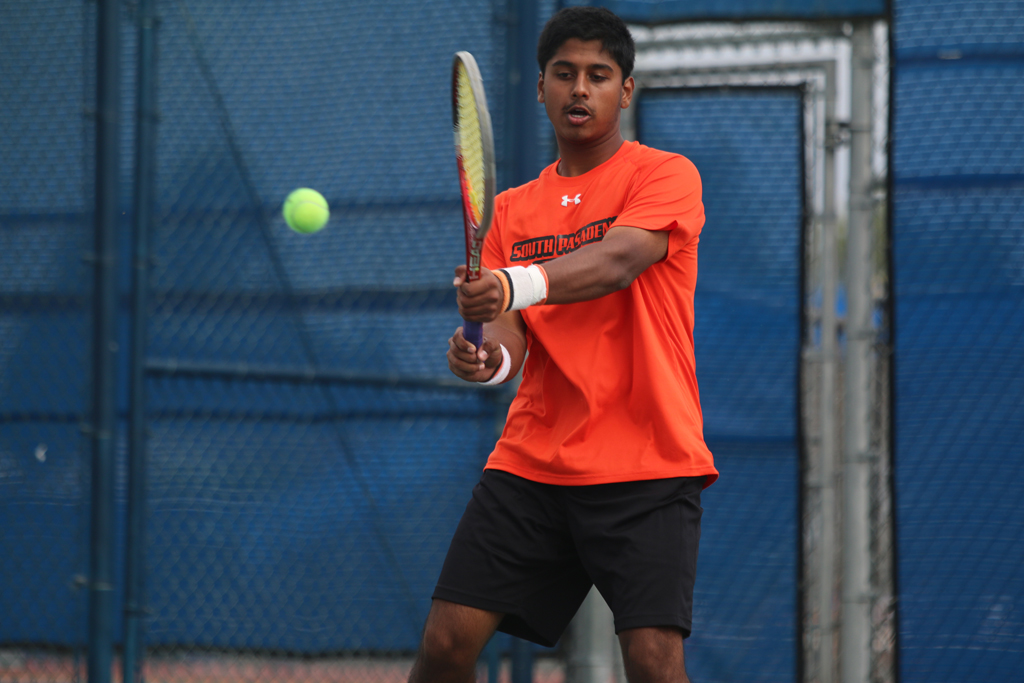 The boys’ tennis team suffered yet another loss on the tennis courts against the San Marino Titans on Tuesday, April 21, losing 0-18 to fall to a 2-5 league record. South Pas was only able to win seven games against the Titans.

The singles lineup for this match hadn’t seen much matchplay as singles players, so it took a while to adjust playing styles.

“I felt really thrilled playing number one singles though,” Cai said. “I have worked really hard and practiced a lot during the weekends.”

The team’s next match will be on Friday, April 24, against La Canada High School.