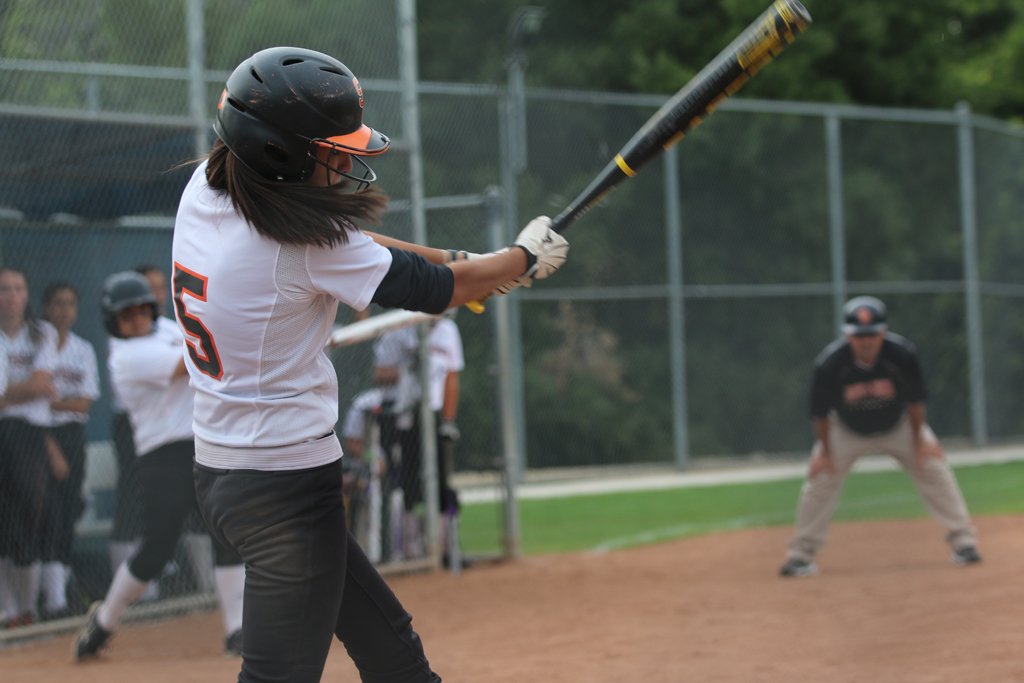 The softball team suffered a tough 5-4 loss against its league rival at San Marino after a late rally in the seventh came up short on Tuesday, April 21. The Tigers drop their record to 5-7 overall and 1-6 in league with the loss.

The game started quietly with each team shut out for the first three innings. In the bottom of the fourth, San Marino accumulated five runs off of crucial errors. A double drove in the first Titan earned run. Another run scored on an error by the Tiger’s rightfielder. With the Titans leading 2-0 with two outs, the first baseman received a sharp grounder to her but bobbled it, which cost the Tigers three more unearned runs. San Marino led 5-0 by the bottom of the fourth.

The fifth inning was quiet on both ends, but in the top of the sixth the momentum shifted to the Tigers. The girls scored two runs off an RBI double by sophomore Adrianna Ramirez and an RBI single by junior Alex Mendez.  The Tigers did not stop there, scoring two more runs in the top of the seventh. Sophomore Katherine Conte reached home on a single, then senior Cassie Baca hit a ground-rule double to put runners on second and third. Freshman Sophie Reynolds scored a run on a sacrifice fly and moved Baca over to third. With the score at 5-3, sophomore Emily Swanson, 3-4 on the day, lined a single to score a fourth run for the Tigers, but the girls could not capitalize on their last attempt to tie the game and fell 5-4 to the Titans.

Although the Tigers continue to struggle with a five-game losing streak, the team has shown promise through the last few games against Monrovia and San Marino where the girls competed until the very ends of the games. The Tigers won their first game and lost their second against San Marino, and the third game of the three game series will be played this Friday at home.

“We all played as hard as we could. We will use this loss to motivate us to come out on Friday and beat San Marino,” said junior Sheridan Nansen.