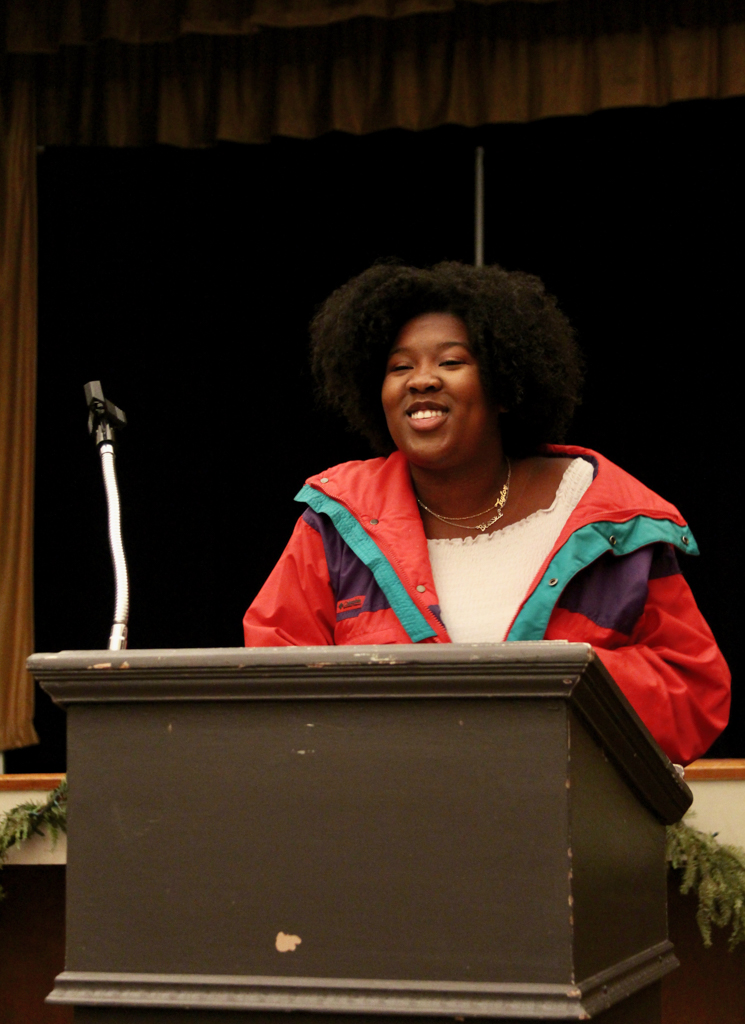 A life centered around combatting injustice

“I think I’ve always been aware of inequality,” she said. “As I’ve grown, I’ve learned more about inequality, and I learned that my voice has an effect and that I have the ability do something.”

To senior Taylor Holmes, changing the world is anything but a cliche—it’s a mantra to live by. Over the past four years, Holmes has built an impressive resume of involvement with both on and off-campus organizations.

Just this year, she was elected Chief Justice of California Youth and Government, founded the Black Students Union at SPHS, worked as Ads Manager on Copa de Oro, and served as Commissioner of Activities in ASB. Holmes’ achievements, however, are not just a checklist for college admissions officers; she sees each role as part of a road to a larger goal.

Holmes’ own experiences fuel her passion for justice and equity for all. As an African American woman at SPHS, a school with a 3% black student body, Holmes’ has had a different perspective from many of her peers on high school.

“I think it’s one of the biggest factors in my high school experience. I used to feel like an outcast, and I was never able to pinpoint why that was. As I grew, I learned it is because I am an African-American woman and because I haven’t been surrounded by that community,” Holmes said. “It would be easy to say I hated it, but I’m so thankful for being in the situation I am in. I think it has given me a perspective that a lot of other people won’t have, and it’s given me the ability to be progressive in communities that I otherwise would not have been.”

The Black Students Union is a group Holmes has wanted to see on campus since her sophomore year. Her goal in founding it is to make SPHS a comfortable place for black students and other students of color, as well as give back to the African American community. The club is currently fundraising for children in Flint, Michigan affected by the city’s contaminated tap water and organizing a book drive for Pasadena schools.

Youth and Government is another avenue Holmes uses for her activism. After participating in the model court program for two years, she ran to serve as Chief Justice of the Supreme Court—the highest position in the model court, and one of the top three positions in the program of 3,500 students. She campaigned on a platform of inclusivity and accountability for the problems in our society, and aims to use the position to increase interest in the judicial system.

After graduation, Holmes plans to pursue sociology at a historically black college and later attain a law degree. To her, the judicial system connects the dots—her devotion for social justice, passion for public speaking, and talent in leadership combine to make it the perfect career for the outspoken activist.