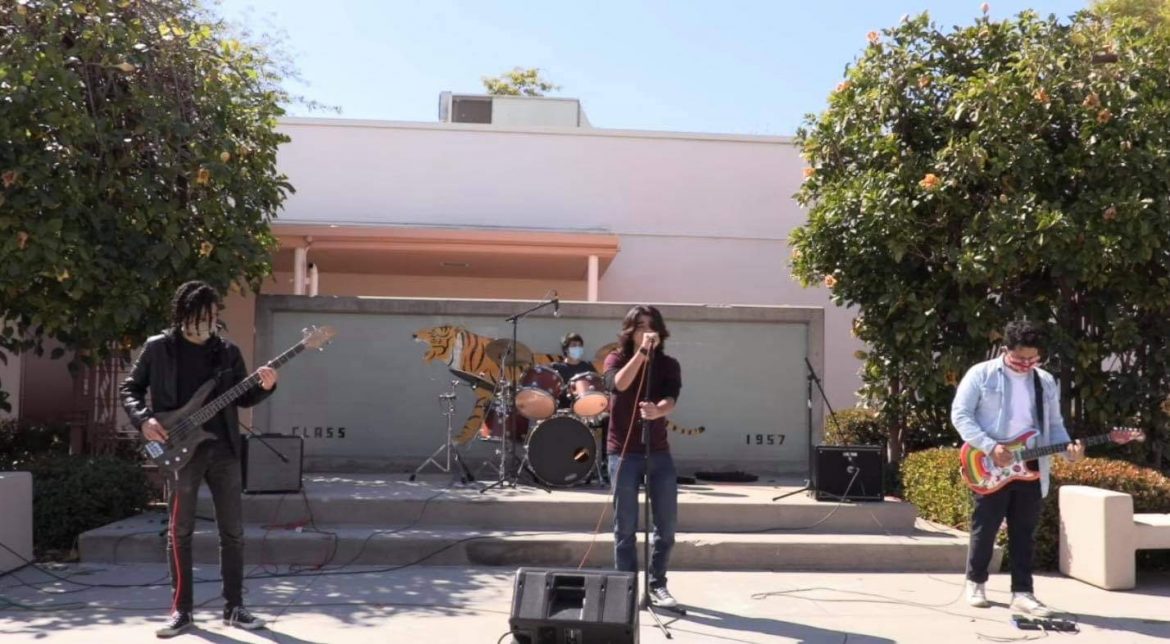 Student band Angel Lights wrapped up the eight-act talent show with its upbeat cover of “Dani California” by the Red Hot Chili Peppers.

Most of the video clips were filmed by students at home; however, the show also featured several segments filmed in the school’s auditorium and the Tiger patio. Senior Yutae Kim performed first, with his signature beatboxing ensemble that has been featured in multiple assemblies in the past two years.

SPHS sophomore Jaden Lobbia then showcased a collection of his Remote Control (RC) cars and helicopters. He explained the process of constructing the vehicles, which can be difficult due to the rarity of parts — sometimes requiring Lobbia to design and 3D print them himself.

In one of the vocal performances, freshman Vivian Yu sang a cover of “Big Fish” by singer Zhou Shen. Senior Sophia Fineza covered the Adele version of “Make You Feel My Love” by Bob Dylan in the auditorium, while senior Kiera Atkinson performed a cover of “Smoke Signals” by Phoebe Bridgers. The singers’ dreamy vocals and purple-hued lighting created a truly touching performance.

The talent show provided a hopeful and inspiring opportunity for students in the midst of quarantine.

“I’m encouraged that people still make music and develop their talents despite this harsh time. The talent show is almost like a spark of fire because opportunities are rare, especially right now,” Yu said.

Winners of the talent show were announced during the Monday, Mar. 22 Tiger Takeaway video. Atkinson won first prize, senior Logan Bishop came in second with his cover of “Daphne Blue” by The Band Camino, and Kim placed third.