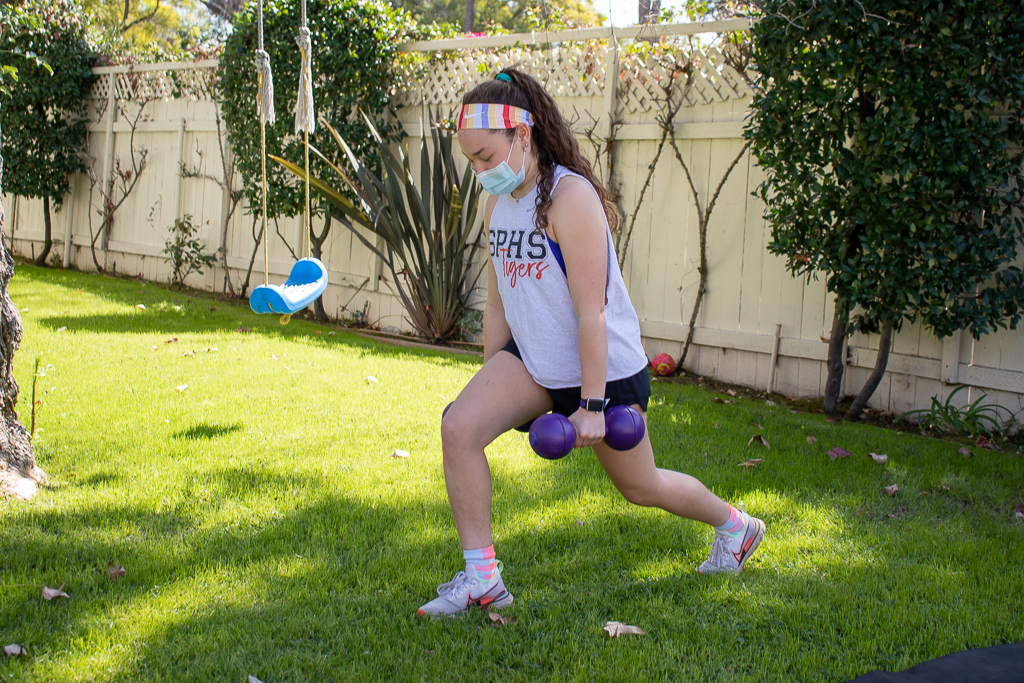 Olguin started an Instagram where she shares images and recipes of the daily meals she prepares.

Eating well and exercising are two very important aspects of junior Aurelia Olguin’s life. Having previously played on the SPHS soccer team and currently doing shot put for the track team, health has always been something Olguin prioritized.

However, it was not until the beginning of the pandemic that she consistently began educating herself and working on her personal fitness journey. Olguin’s initial reasoning for working out at home was to stay in shape for the return of school athletics, but when it became apparent that school athletics would not be returning for the forseeable future, she quickly incorporated a regimen into her everyday life.

“Having that outlet to constantly learn new things and push myself harder was definitely one of the best things for my mental health especially during the pandemic,” Olguin said. “However, going from having your practices planned for you everyday to having to create your own schedule and routine definitely took some trial and error. But I began to really enjoy the process of planning how I was going to push myself and grow further.”

The closure of gyms due to the pandemic also gave Olguin an opportunity to transition her workouts from outdoors to inside, at home. In March, she began creating an at home weight lifting and strength training gym.

“I wanted a way to stay active and strong. And I slowly became obsessed,” Olguin said. “I learned a lot and I definitely would say that it was one of the most impactful

things that I did over quarantine because it kept me active. It also was something I could focus on [to] keep my mind off everything else going on.”

This lifestyle has engulfed every aspect of her life, most notably her diet. In December of last year, Olguin created an Instagram dedicated to the daily meals she prepares.

“The cooking I was posting was really [for] my close friends to see and I was pretty proud of the aesthetics of it,” Olguin said. “Some people had told me that maybe I should make an Instagram [account for my food]. So I did, and I just started posting pictures of what I was cooking. And it really motivated me to continue to cook and try new things.”

Olguin is always trying new recipes but enjoys sticking to the basics that she knows fuel her body effectively. These include smoothies, yogurt, oatmeal, wraps, and stir fry. She also aims to include plenty of plant-based sources of protein in her cooking alongside meat and dairy. A combination of eating balanced meals and working out daily has provided Olguin with benefits that are not just physical but mental.

“The difference that I feel physically is crazy,” Olguin said. “Making healthy choices has increased my strength and endurance but also mentally, [given] me a sense of clarity. Overall [you] feel better knowing you are making choices that are good for your body.”