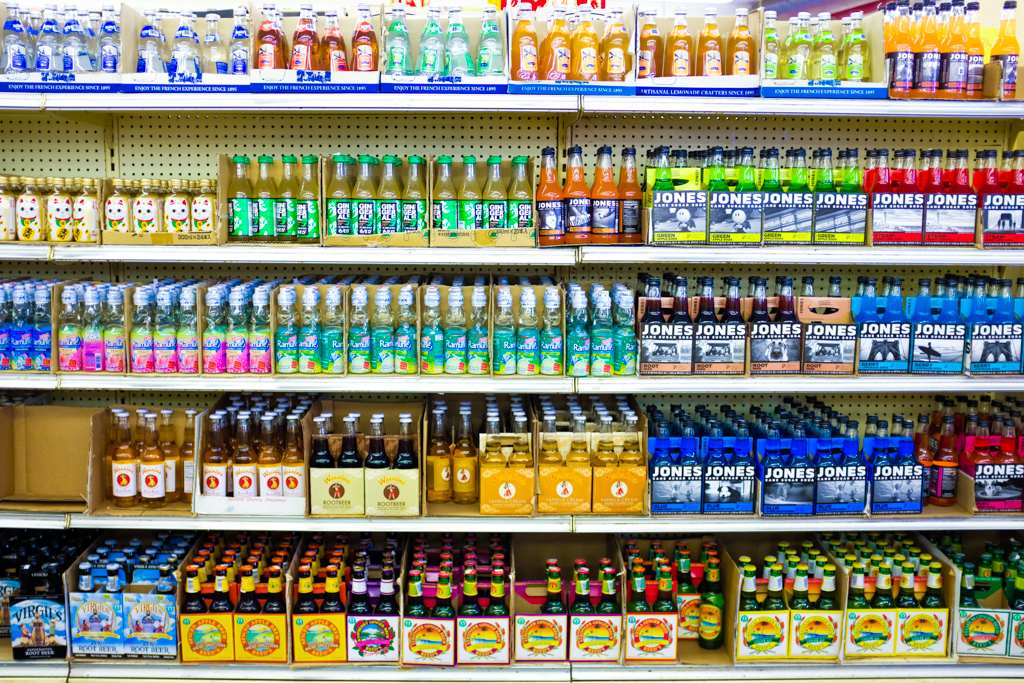 Highland Park's favorite pop shop has been keeping traditions alive for over a century.

In the fast gentrifying L.A. suburb, Highland Park, one shop off of York Boulevard chooses to remain firmly rooted in the past. Attracted by its reputation for diverse soda flavors, we went to explore the 122-year-old, family owned, Galco’s Soda Pop Stop, a favorite among locals.

The shop displays its rustic and charming personality to visitors upon entry. Vintage knick knacks and candy bars, like balsa gliders and Charleston Chews, line the walls, and Johnny Cash songs play in the background. Aisles upon aisles of glass soda bottles are displayed within easy reach, ranging from a classic root beer to a serrano pepper flavor.

Galco’s has collected sodas over the years which has resulted in a diverse array of flavors to be available for purchase. From a couple of aisles away, we could hear the occasional carbonated spurts of air released from soda bottles as they were opened by other customers. The overwhelming list of rare and peculiar vintage sodas, such as Dr. Brown’s Cel-Ray soda, and the herby, jalapeno oil infused Brain Wash soda, transported us to a 1950s era grocery store.

Galco’s Grocery was originally opened in 1897, but since changing locations and being handed down to current owner, John Nesse, the focus has changed. On the verge of going bankrupt, Nesse decided to start selling soda pop because it appealed to a larger audience. Ever since, he has collected unique, exotic soda flavors from around the world, for his more adventurous consumers to experience. He stocks his small soda companies that need exposure, and has connections with many soda manufacturers who sell him their soda.

“Every day is a different day here and that’s what I love most about it,” Nesse said. “And it becomes fun to outsmart the big soda companies.”

Nesse’s bubbly, talkative personality adds to the charm of the shop. His passionate, happy approach to greeting customers makes visitors feel accepted and appreciated. Happy to talk to us about his experiences, he even offered us each a free bottle of soda. As we sipped our drinks, Nesse proudly informed us that our sodas contained natural cane sugar instead of the processed sugar many name brand sodas contain.

To pair with a refreshing soda, Galco’s also offers a deli with many sandwich options. From the deli, we purchased three cheese and pastrami sandwiches, which were a delicious addition to our visit. The stop sells a variety of blockbuster sandwiches like salami and meatball subs.

As we got lost in the aisles, we watched as a constant flow of people came through the store. Many of the store’s patrons were parents bringing their children to enjoy the thrill of trying a new soda flavor or creating their own at the soda making station. All these aspects of the shop, add to it’s relaxing, blast-from-the-past vibe.

Galco’s has attracted lots of attention from the media since its change in ownership. The soda pop stop has been recognized around the world through its appearances in various prestigious publications such as TIME magazine and a Youtube video by the Chowdown channel, which has racked up 1.5 million views. Exposures like these put Galco’s on the map and attracted more customers, keeping the well deserved mom-and-pop shop running.

With the help of exposures and its unique soda variety, the small family grocery store has transformed itself into a cherished, nostalgic destination. Unique soda flavors and an old school vibe make Galco’s Soda Pop a must see in Highland Park.