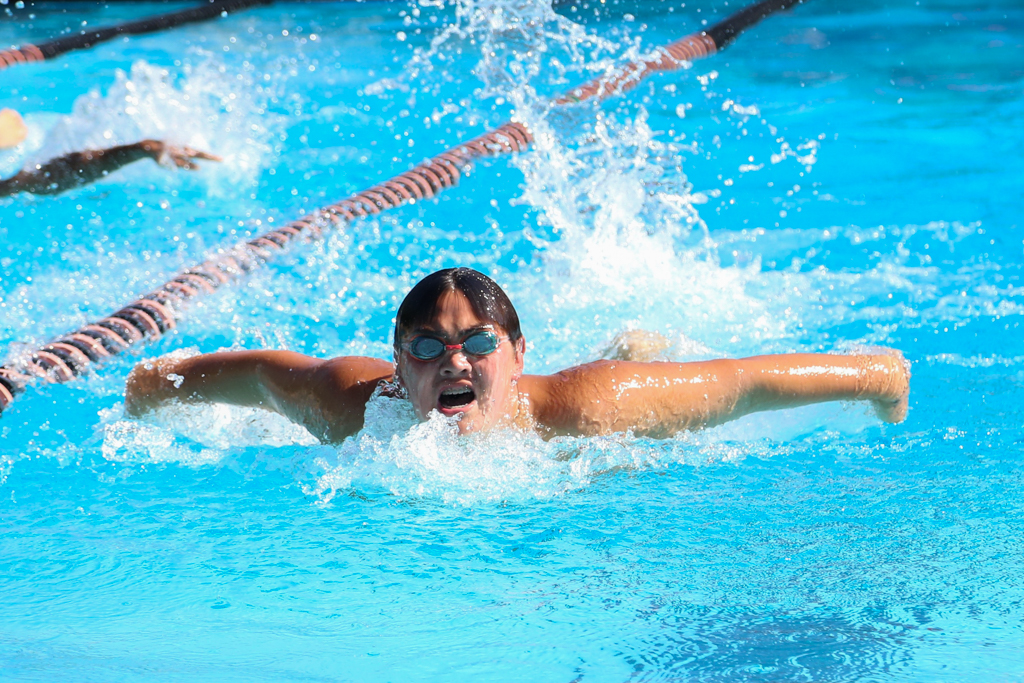 Arcadia High School’s swim team defeated South Pas by a landslide on Wednesday, March 8. The Tigers are not discouraged by their loss as it was only their first away meet of the season.

“They’re a really good team, but we still pushed and gave it our all,” Junior Jasper Lee said.

Junior Sumiko Rudisky placed second in the 100 Butterfly after an exciting swim. Junior Euan Zhang also excelled in the 100 Butterfly, placing first among the boys. Senior London Lang impressed coaches with an exceptional performance during his first meet swimming with the Varsity team. Freshman Tao Lupien also performed well, proving his potential as a new addition to the team  and an outstanding sprinter.

The team’s next competition will take place at home on Tuesday, March 18 against Herbert Hoover High School.