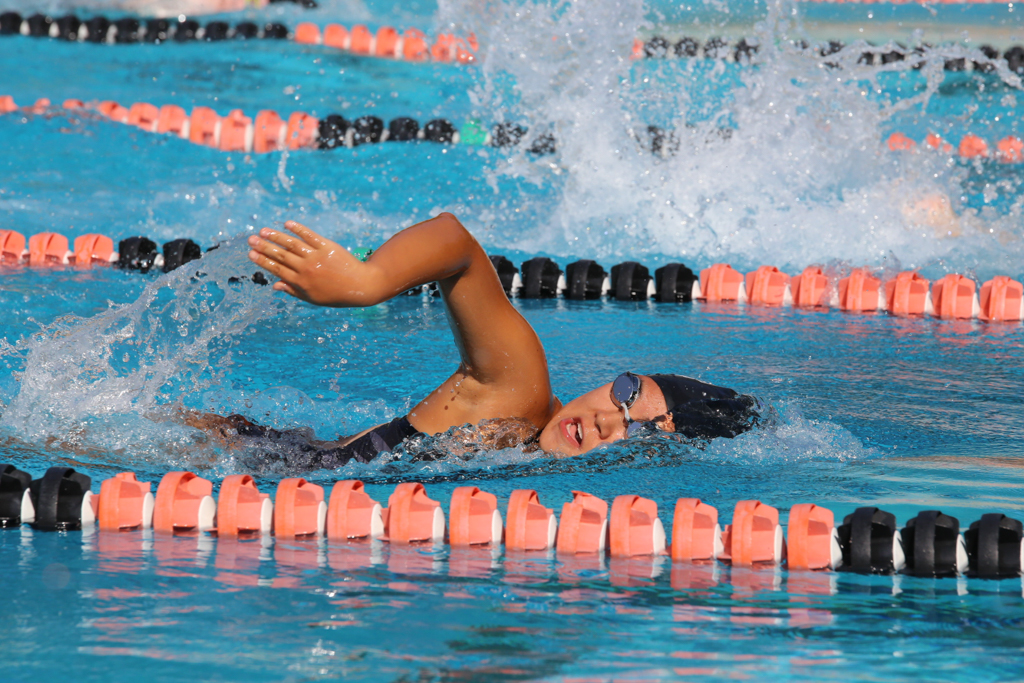 Senior Jacob Mullin had one of the best swims of the season, breaking the Rio Hondo League record in the 100 Backstroke with a time of 50.67. The previous record, 50.89 was set in 2013. Mullin is also ranked second in the 100 Butterfly with a time of 50.0, and his team hopes he will break the current school record of 49.29 on Friday.

The boys’ team overall was extremely successful. Senior Alexandre Sannibale placed third in the 500 Freestyle and sophomore Jaden Mullin came in right behind in fourth place. The younger Mullin also made a CIF consideration time when he place seventh in the 200 Individual Medley.

The girls’ team also had many impressive swims. Sophomore Kyra Angkasa had a successful day, placing first in the 100 Breaststroke and second in the 200 Individual Medley with a time of 2:27, just one second behind the first place swimmer. In third place was freshman Sarah Zenas, another one of this season’s strongest underclassmen.

Many team members commented on the pressure they feel to uphold standards the team set last year at Finals.

“I think even though we lost some very good swimmers, we will still hold pretty well,” said team captain senior Kelsey Sedgwick.

Swimmers who qualified for League Finals will be competing on Friday, May 6 at the Rose Bowl Aquatic Center.

Baseball narrowly falls to Temple City on the road