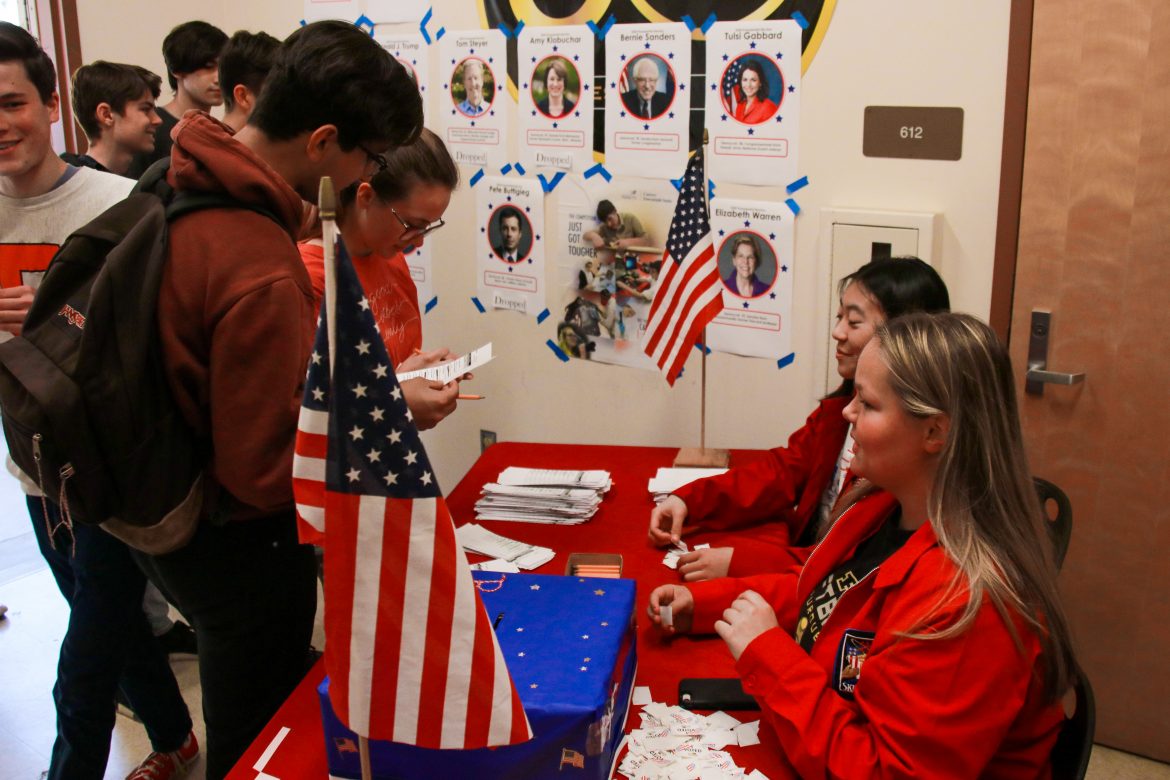 SkillsUSA officers worked booths throughout the day, allowing students to anonymously vote for Democratic and Republican party candidates in the mock election.

Students proudly boasted “I voted” stickers around campus after participating in SkillsUSA’s mock presidential primary on Tuesday, Mar. 3. The mock election coincided with Super Tuesday, where 14 states — including California — held its presidential primaries.

SkillsUSA organized the mock primary hastily a week before Super Tuesday, but over 200 students still cast their ballots.

“We don’t usually do the primaries, but because this was so hotly contested […] we thought that it would be a good one since people are so divided on candidates at this point,” SkillsUSA advisor Sandra Matson-Fennell said.

Juniors Jolene Lee and Mollie Parker staffed a booth set up in the CTE foyer to facilitate the voting process. On an adjacent wall, SkillsUSA plastered photos of each candidate, in addition to setting up relevant political information on computers in Room 613.

Just under half of students voted for Sanders, while Biden garnered 38 votes. Most of the other 74 students supported either Trump or Warren.

SPHS model voters stressed how essential it is for youth civic engagement even if the majority of high schoolers are ineligible to vote in the actual California primary.

“Mock election[s] allow students to be proactive about the current issues facing our society,” junior voter Nicole Lu said. “It’s more important than ever to start educating ourselves in the current election, especially since the stakes in the November election are so high.”

SkillsUSA will hold a mock general election before the nation casts  its ballots on Tuesday, Nov. 3.