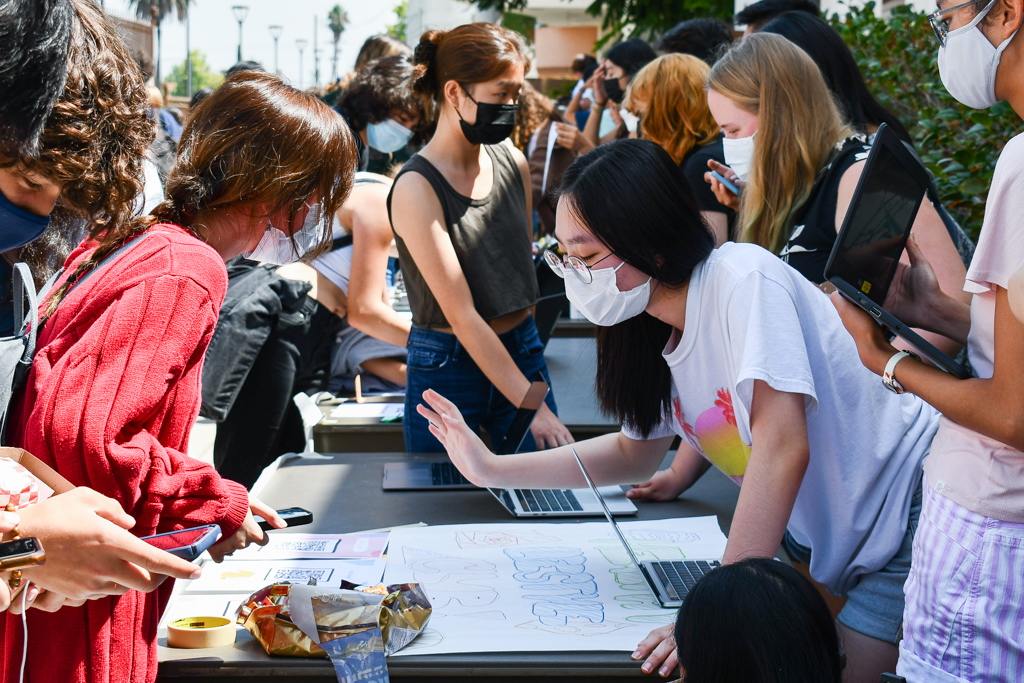 Following a year of online club activities, students had the opportunity to learn about new and returning clubs at the in-person event.

Students congregated during lunch on the numbered walkway to explore around 80 new and returning clubs on the first day of SPHS’ annual Club Rush on Thursday, Sept. 9. Students set up booths on either side of the path and made pitches about their clubs, creating a more engaging atmosphere than last year’s virtual event.

Club Rush gave students, many of which are still in their first month of being on the SPHS campus, an opportunity to cultivate and explore their passions, as well as foster greater connections with one another. Students signed up for clubs via clipboard, Chromebook Google form, or QR code, and each organization will use their lists to initiate meetings and activities for the year to come.

Commissioner of Clubs, senior Lulu Talesnick coordinated the two-day event and was pleased at the relatively smooth transition to a physical Club Rush.

“Clubs have really had to adjust to being online and also coming back in person. There have been quite a lot of changes, but clubs have done really well coming back to school and adapting again,” Talesnick said. “It [will be] exciting to see clubs hold their meetings in teachers’ classrooms instead of on Zoom.” 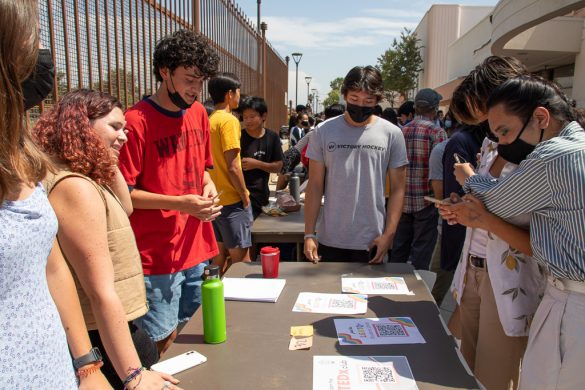 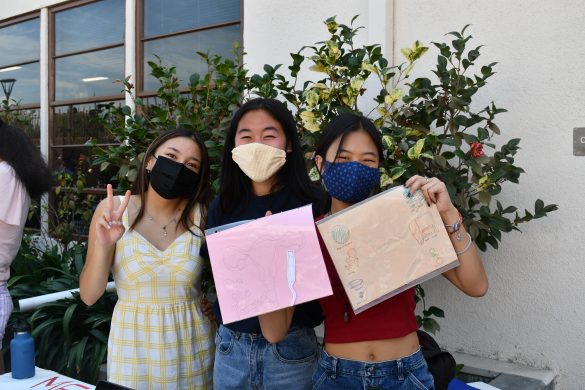 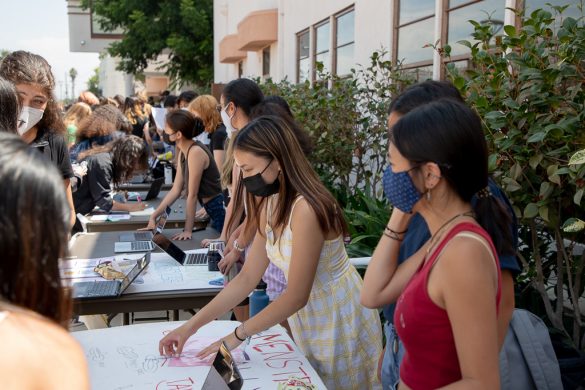 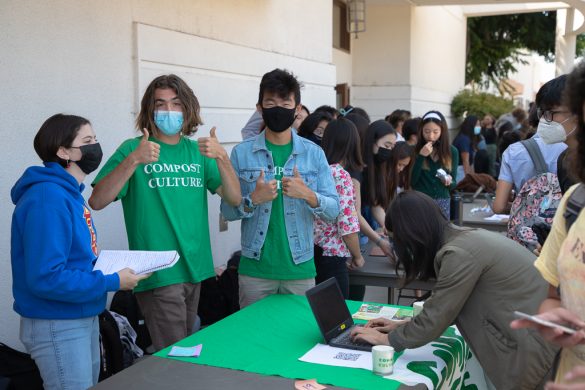 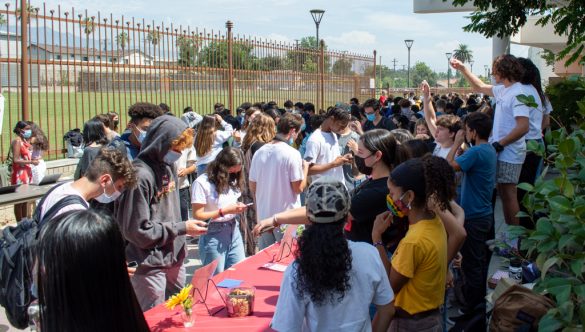 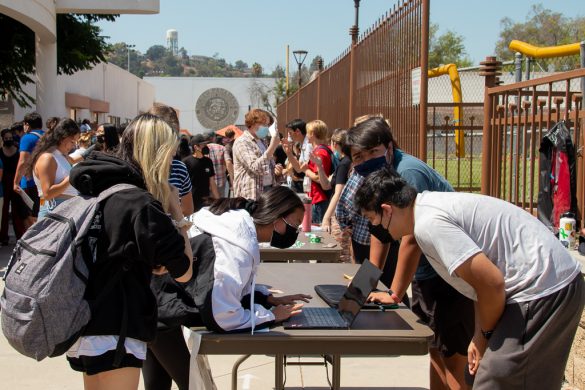 Even with a myriad of challenges in distance learning, clubs continued to innovate, hold numerous online events, and maintain strong membership. Talesnick expressed that clubs’ resiliency in a virtual setting will propel them into the coming year.

“I think clubs did such a great job of continuing to work last year and they did a lot of things. For example, in the TEDx club, the event is usually in-person, but we worked through it and held it [via] a Zoom webinar instead. The Anti-Bias club too; it was our first year and we did everything online,” Talesnick reflected. “I truly believe that clubs will continue to do a great job.”

Returning clubs like TASSEL and SkillsUSA relayed their mission statements and past accomplishments to the student body, as they work to bolster their well-established reputations on campus. Some clubs, like the Physics Club and the LGBTQ+ student union, were recently reinstated after a few-year hiatus. Other students created brand new clubs like Career Chats, which aims to familiarize members with a diverse array of careers.

Club topics ranged from purely academic like Math and Science Club, to identity groups such as the Latinx Club and Black Student Union, to organizations like the Fresh Club, which is designed purely for inter-grade bonding.

After Club Rush concludes on Friday, Sept. 10, Talesnick will look ahead to the Homecoming Picnic in late October, which is the premier fundraising event for clubs. With the start of the new school year, students are eagerly awaiting the new opportunities that these clubs offer.