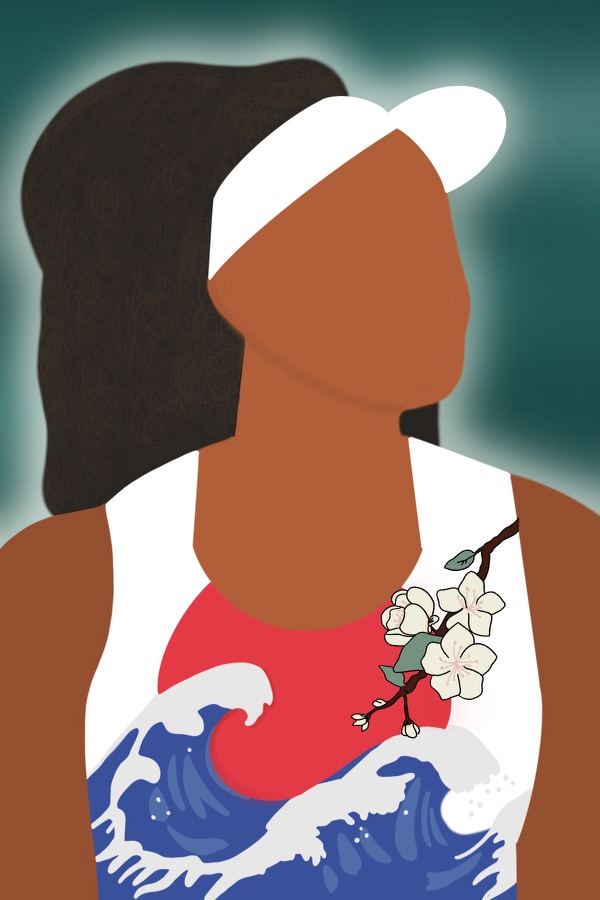 Netflix’s latest docuseries, Naomi Osaka, is an inspiring story about one of the most dynamic and talented athletes in the world. 23 year-old Japanese professional tennis player, Naomi Osaka, emerged on the scene three years ago and has since then taken the sport by storm. Seen as quiet and shy, Osaka has remained somewhat of a mystery to her fans and critics alike. Filmmaker and director Garett Bradley (most commonly known for her Oscar-nominated documentary Time), offers viewers an intimate and honest look into the athlete’s life in this three part series, each of which runs for roughly 40 minutes.

In the episodes, Bradley documents aspects of Osaka’s background, career, and mental health. Even for non-tennis fans Naomi Osaka is a fascinating story. While at least one match is included per episode, Bradley has made sure to create something much more than a highlight reel. Rather than solely focusing on Osaka’s tennis prolificacy, the series’ key focus is mental health. Viewers observe the challenges, consequences, and pressure that fame has on an athlete’s mental state through Osaka’s genuine vulnerability. And through each episode, Bradley pieces together an answer to a question phrased by Osaka herself, “What am I if I’m not a good tennis player?”

After winning the 2018 US Open, Naomi solidified her stance in the spotlight. The resulting shift in lifestyle had a tremendous effect on her mental health that became evident almost immediately. After Osaka won once, she felt that she had to show that it wasn’t just luck that granted her that initial victory. She voices how battling this feeling through the years has connected her self-worth as a person to her ability to win.

These facts contribute to the series underlying theme of melancholia. Adding to her internal struggles, Osaka voices how she needs to be a role model to her fans by demonstrating her strength both on and off the court. Through it all, the audience is reminded that Osaka is not just a dominant tennis-winning machine, but a young woman learning to handle living with thousands of eyes on her. This realization forces viewers to acknowledge the bleak side of fame.

However, it’s not just the content that contributes to the series’ somber tone, the stylistic choices made by Bradley have an immense effect on Naomi Osaka. Bradley’s utilization of desaturated color and a poignant soundtrack blend to produce an unromanticized and candid look into Osaka’s life. The series does not glorify the life of a star-athlete, it feels grounded and gritty, just as her life truly is.

While these choices help solidify the series’ tone, they also allow the more optimistic scenes to be even more impactful. Brief moments between matches or Grand Slams allow Osaka to return to the life she led before she entered the limelight. Scenes of her reuniting with her sister and immersing herself into the culture of her father’s birthplace in Haiti provide a welcome and emotive contrast to the vexing sequences viewers have become accustomed to.

Bradley highlights how family is one of the few reprieves Osaka has against the public eye. Moments such as Osaka removing a trophy from the center of her home to replace it with a painting her sister made for her demonstrate how her successes in tennis pale in comparison to the love that her family has for her. Once again, Bradley succeeds in showing the truth in Osaka’s story, the factors that play a part in making Osaka who she is thereby striking sentiment from the audience.

Naomi Osaka, is refreshingly full of honesty and emotion. Its openness in scenes of both joy and sorrow create an encompassing journey that urges viewers to keep hitting “next episode.” Bradley’s telling of the story of a female athlete provides critical insight into how the benefits of that role are checked by the many negative aspects that come with success and fame.