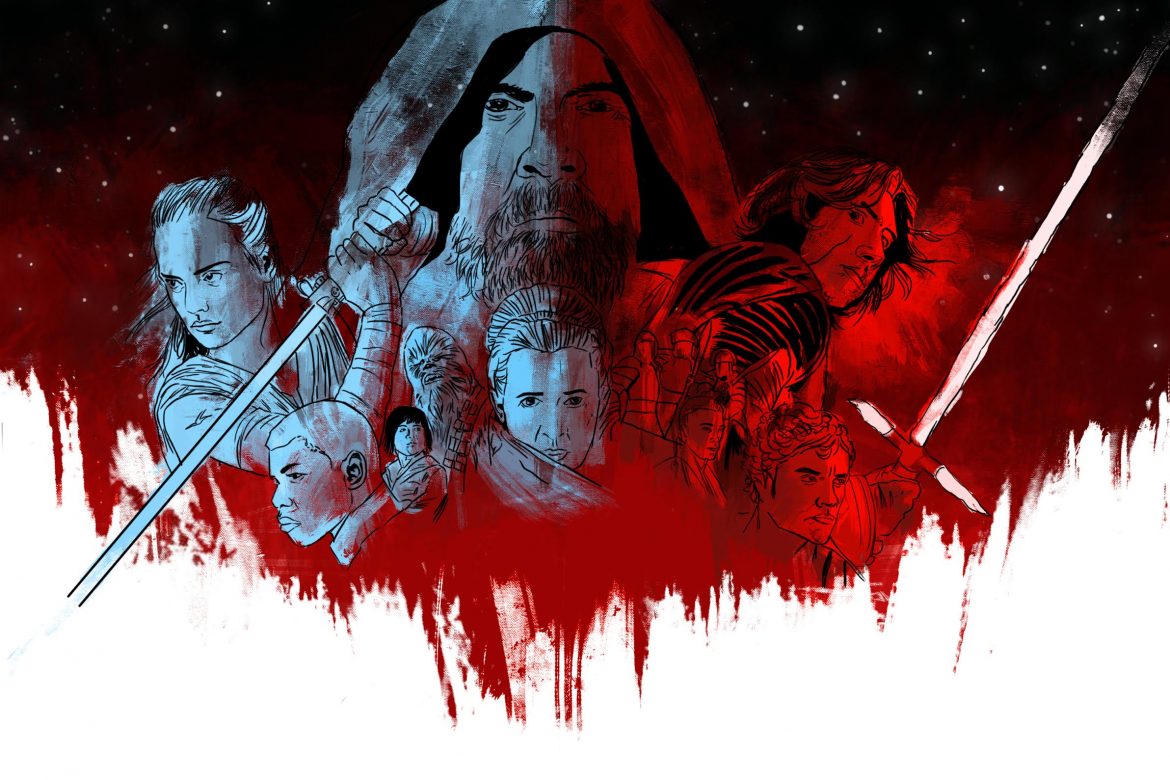 Star Wars: The Last Jedi is painfully average compared to the intense highs and lows of its predecessors.

The Star Wars franchise has ridden a bumpy road. From the excellence of A New Hope and The Empire Strikes Back to the utter failure of Attack of the Clones and The Phantom Menace, the series has been all over the place in terms of quality. Yet never before has a Star Wars film been neither strikingly good or laughably bad.

The Last Jedi is the culmination of mediocrity. It is a film that runs for far too long, is plagued by actors far too good for the script, and which fails to achieve the tenuous balance between drama and comedy. Yet The Last Jedi isn’t as terrible as the worst of the Star Wars canon. The film has consistently entertaining and well-executed performances, gorgeous visual effects, a score by the always perfect John Williams, and it may even remind audiences of the excellence of its forebears.

The Last Jedi picks up immediately after the end of The Force Awakens, with Rey (Daisy Ridley) arriving at the hidden planetary hamlet inhabited by the self-exiled Luke Skywalker (Mark Hamill.) Meanwhile, the remainders of the Resistance Fleet are on the run from the pursuing forces of The First Order and the menacing Supreme Leader Snoke (Andy Serkis) and his apprentice Kylo Ren (Adam Driver).

What becomes immediately obvious about The Last Jedi is that it seeks to recapture near perfect The Empire Strikes Back. The plots both follow a fleeing and weakening rebellion, the main character in both seeks the tutelage of a hermit master, and we finally get to learn about a certain character’s heritage. Yet The Last Jedi fails to understand how Empire’s high quality emerged from its sense of palpable dread and suspense: Luke and the Rebels were losing and hard, they were being pursued by a force leagues stronger and better equipped, and the audience knew it. The Last Jedi not only lacks any sort sense of danger (The audience is always painfully aware that the lead cast will never actually come to harm), it also fails to understand pacing. The Last Jedi is two and a half hours, and you will feel it. The story constantly cuts back between Rey’s Jedi training and the Resistance Fleet on the run, yet the languid pacing of the latter slows the movie down to a crawl. Nearly twenty minutes are spent in search of a character who turns out to be a poor man’s Lando Calrissian and simultaneously developing a romance that feels forced and an entire subplot about another character with a name you’ll forget after the credits roll.

However, most of the issues of the Resistance portion of The Last Jedi are tempered by both the traditionally magnificent technical work of the Star Wars series and the Jedi-side part of the story. Mark Hamill’s reprise as Luke Skywalker is a potent performance that reminds audiences of what Star Wars is capable of, and his chemistry with Daisy Ridley’s Rey is immediate and fun to watch. While it doesn’t exactly recapture the magic of Empire’s training sequence with Yoda, The Last Jedi at least succeeds in creating a well constructed homage.

The Last Jedi is a disappointment. It is a film that has so much good wrapped in presentation, and is uncomfortably average for a Star Wars film.

Boys’ soccer finishes preseason with a draw against Sierra Vista