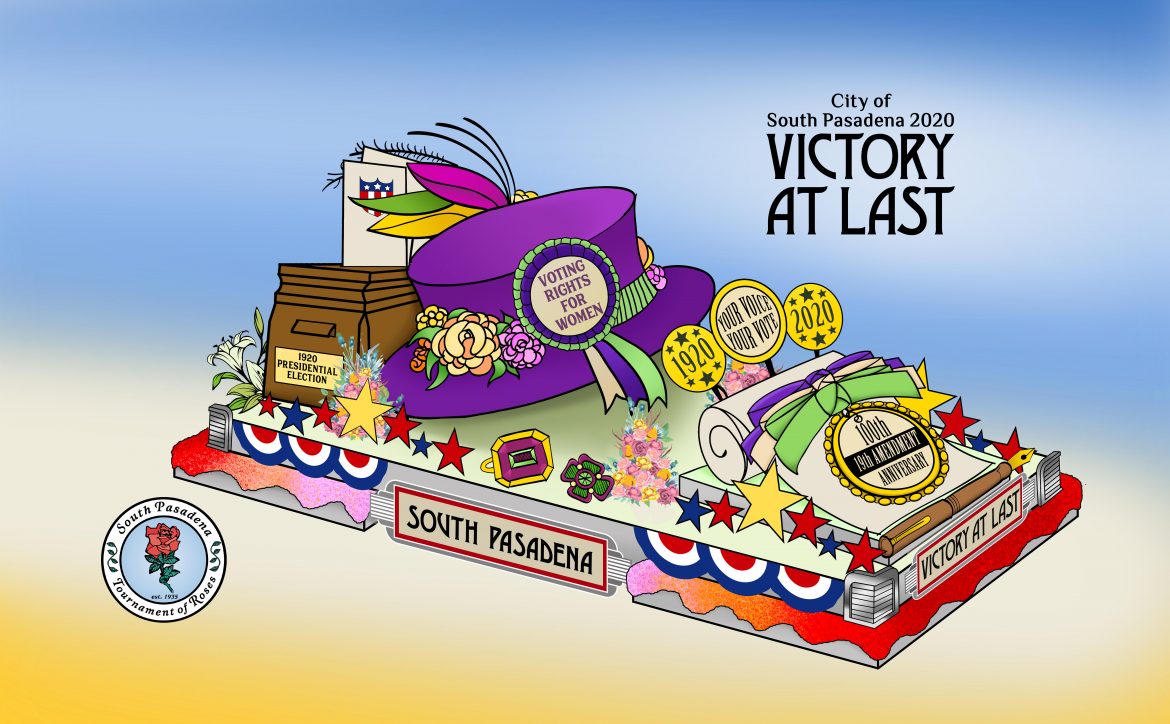 South Pasadena's "Victory at Last" Rose Parade float will celebrate the 100th anniversary of the 19th Amendment for universal suffrage.

The city of South Pasadena began construction on the city’s 2020 Rose Parade float, starting with the float’s steelwork in November.

The South Pasadena Tournament of Roses Committee (SPTOR), which handles the design and construction of the float, plans to celebrate the 100th anniversary of the 19th Amendment for universal suffrage with their float design “Victory at Last.”

“The [2020 Tournament of Roses] President Laura Farber encouraged SPTOR to look into the possibility of the 19th Amendment as inspiration,” SPTOR Construction Assistant James Jontz said. “[We could] connect it to the overall 2020 Rose Parade theme ‘The Power of Hope’ [that way].”

The Tournament of Roses helped SPTOR pay by waiving the entry fee of $2,000 dollars to alleviate costs imposed by the addition of new modifications to meet the Pasadena Fire Department’s recommendations. These safety requirements are a result of the float fire last year, calling for an internal fire suppression system that would flood the engine with water in the case of an emergency.

The SPTOR covered the rest of the money with the aid of fundraisers like Cruz’n for Roses: Hot Rod & Classic Car Show and the Golf Tournament. They are raising money to pay the average cost of $90,000 to $100,000 required by the Tournament of Roses organization per year. Donations from the community make up a large part of their earnings as well.

South Pasadena has earned many accolades throughout its long history in the Rose Parade, including the National Trophy in 2016 and the Mayor Award last year. Despite these achievements, the SPTOR is not focused on winning awards.

“It’s about community and volunteerism, and if we get an award it’s icing on the cake,” Decoration Chair Janet Benjamin said.

SPTOR encourages South Pas residents to participate in the decoration efforts from now to “Deco Week” in December, concluding the year-long process leading up to the Rose Parade.