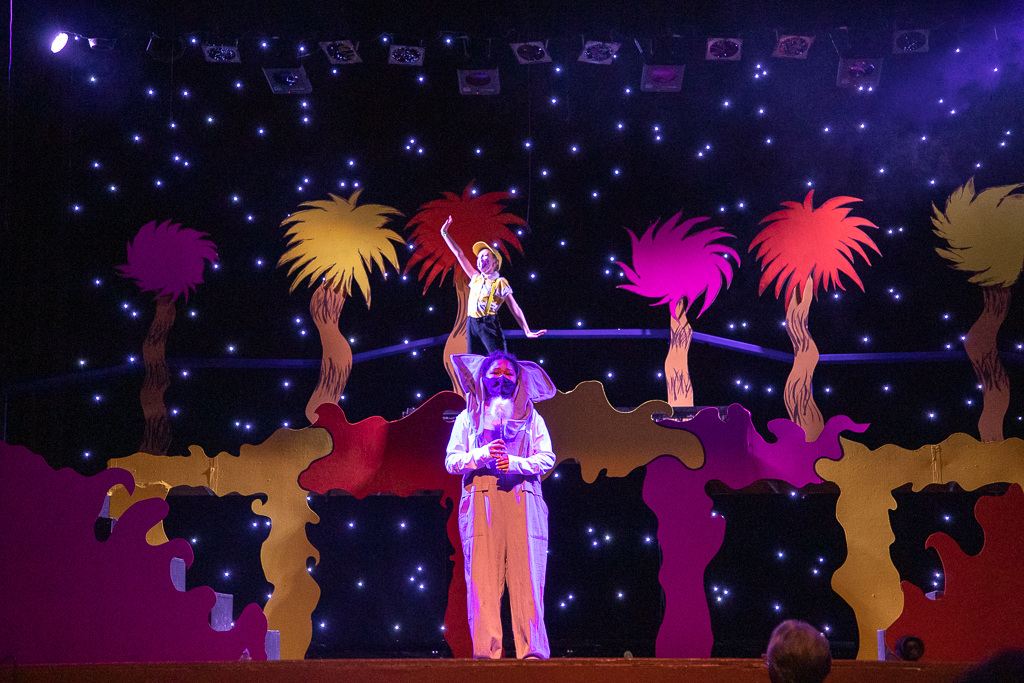 Split up into the Red and Blue cast, students performed 30 songs in the hour and a half long production.

Fifth graders from all three SPUSD elementary schools performed in Seussical Jr. at SPHS on Friday, Feb. 4 and Saturday, Feb. 5. This marks the annual partnership between the South Pasadena Educational Foundation’s (SPEF) and Upstage Theatre School to produce the Fifth Grade Musical.

The cast of Seussical Jr. began rehearsing with Upstage in October 2021. Seussical Jr. follows the Cat in the Hat, Horton the Elephant, and other characters created by Dr. Seuss as they protect and discover the Whos, living on a speck of dust.

The show highlighted the vocal abilities of the fifth grade cast with the help of Upstage Musical Director Debra Kay Lee. Split up into the Red and Blue cast, students performed 30 songs in the hour and a half long production. Students in the ensemble also showed off the choreography they learned from Upstage choreographer Alison Smith.

Last year, the Fifth Grade Musical Matilda Jr., was streamed virtually due to the pandemic. This year, cast members were fully masked for the duration of the production in an attempt to lower the risk of coronavirus transmission.