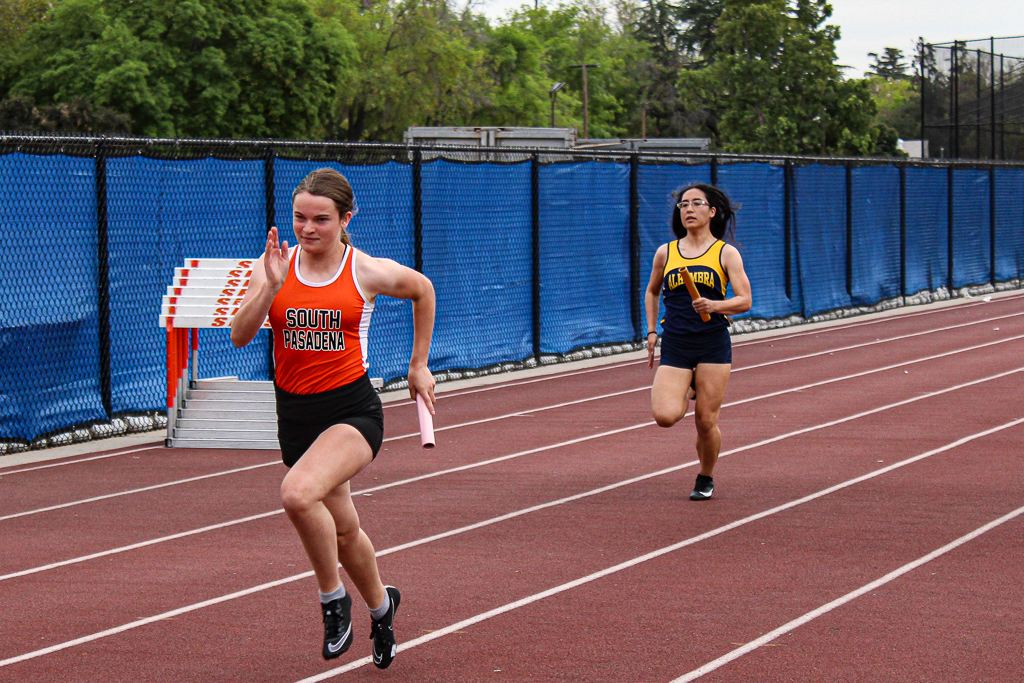 Schools from all over the greater Los Angeles area made their way to SPHS to participate in the 75th annual Pasadena Games track meet on Saturday, April 24. South Pas emerged victorious, ending the day with multiple podium finishes and personal records.

Senior Patrick Latting set a personal record in the boys 800m race, finishing in 1:57 minutes to place first. Senior Ferrel Mansano was also competitive in both the boys 200m and 400m placing second for both with times of 22.69 seconds and 50.67 seconds respectively.

For the girls, junior Kerrigan Riley placed third in the 400m setting a personal record of 1.02 minutes. Setting a season record, junior Sydney Morrow finished first in the 1600m completing the race in 5.06 minutes. Senior Lindsay Michels followed closely behind Morrow with 5.09 minutes in second place. Morrow also competed in the 3200m placing first with a time of 11.27 minutes.

Boys golf continues to dominate with win against Monrovia