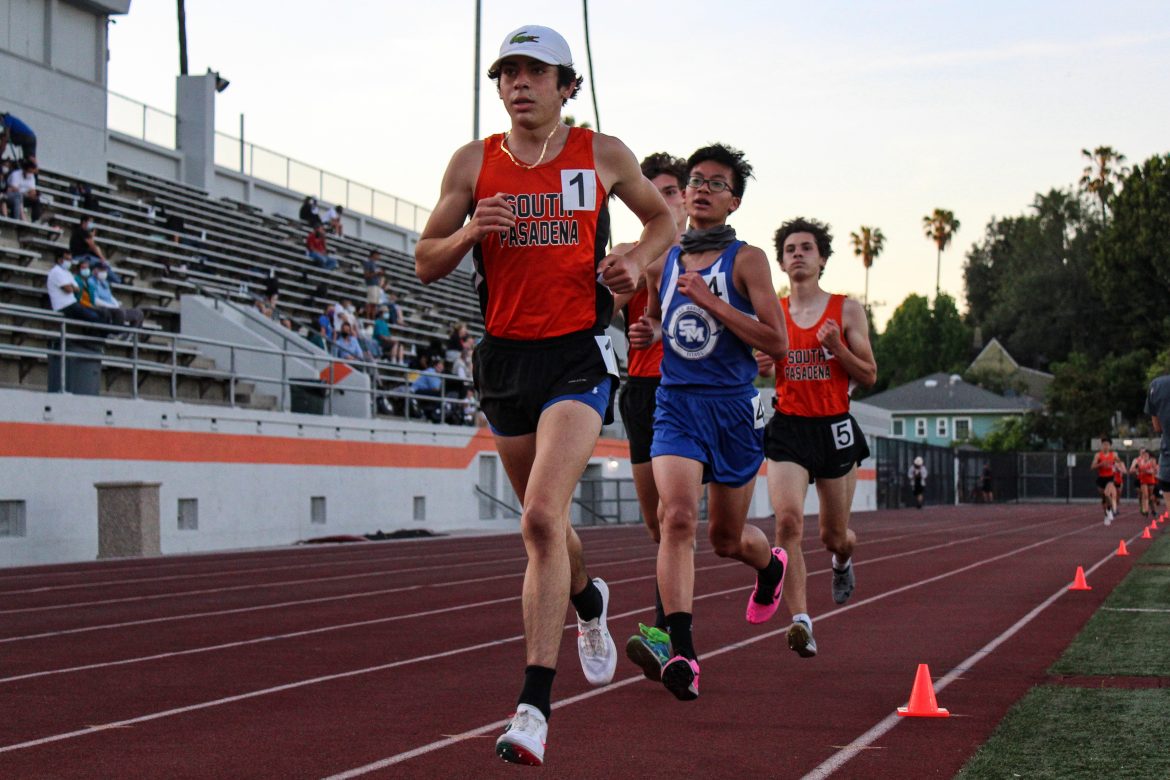 The SPHS track and field team continued to dominate in the Rio Hondo League in a triple dual meet against Blair, Temple City, and San Marino on Thursday, April 29.

The boys division excelled, triumphing over Temple city 110-5, San Marino 102-13, and Blair 111-5. The girls team also soundly defeated the opposition finishing with scores of 93-7 against Temple City, 95-12 against San Marino, and 97-2 against Blair.

Sophomore Annalea Pearson set her personal record with a 26.92 second run to take first in the 100m. Although the girls team was unable to outrun Temple City in the mile, the Tigers dominated in the 3200m with junior Sydney Morrow coming in first with 11:52.18 and senior Lindsay Michels following close behind with 11:54.08.

The team will race in the Tiger Invitational on Friday, May 7.