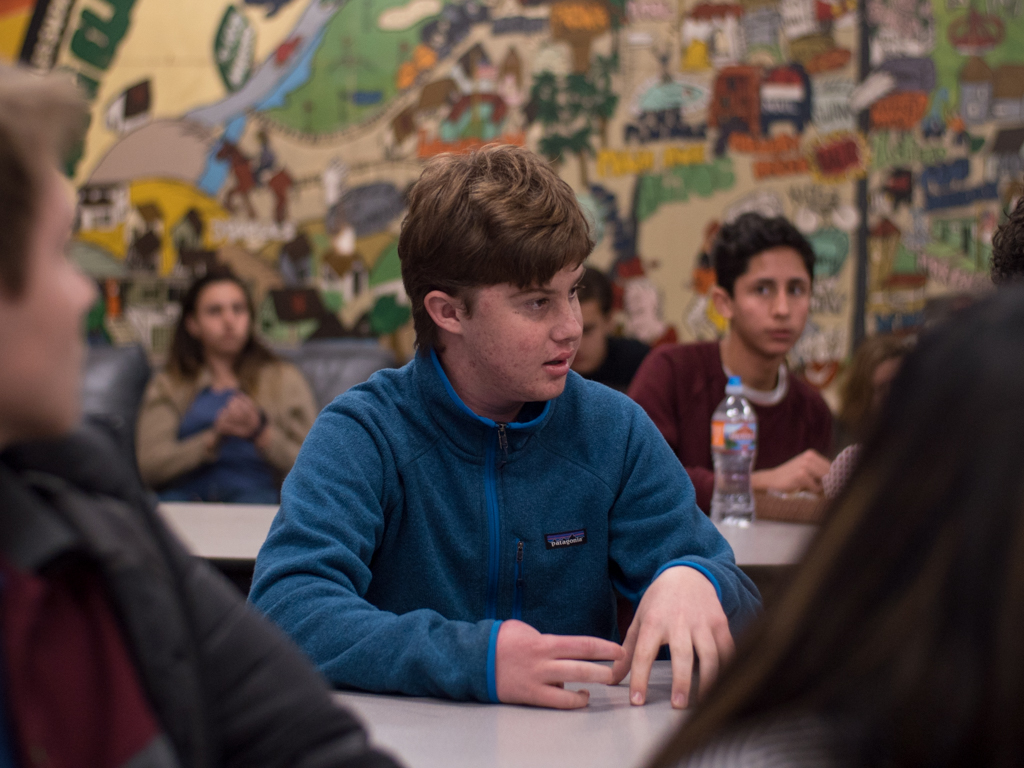 Senior Owen Pratt stressed the need for student action following the deadly Stoneman Douglas High School shooting in Florida. Students from all grades gathered to begin the planning process for a walkout to be held on March 14th.

Politically-engaged SPHS students gathered in the SAC room at lunch on Friday, February 23, to express thoughts regarding the recent school shootings––including the recent Parkland ––and discuss plans for the National School Walkout. The meeting came in the wake of a nationwide movement to reduce gun violence, which will take action on Wednesday, March 14, as thousands of students across the country protest by walking out of their classes. 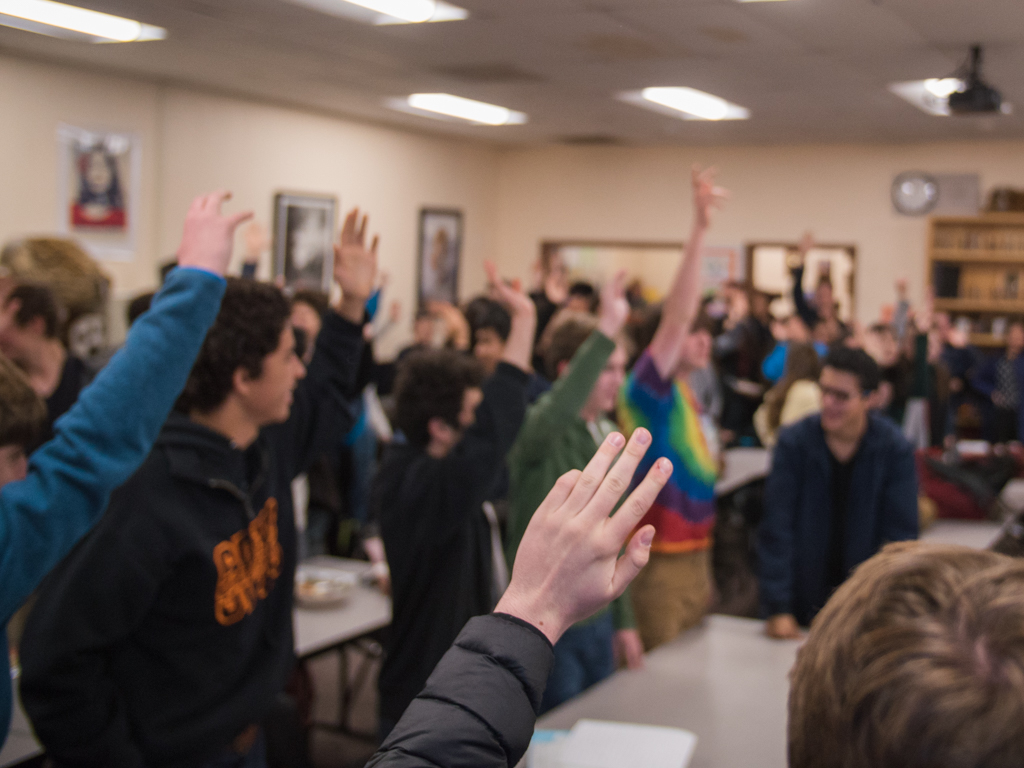 In a vote taken, attending students arrived at a near unanimous decision to walk off campus for the planned protest.

Seniors Kate Ba,  Lauren Sharkey and Sophie Reynolds led the meeting alongside junior Rachel Lu, but primarily acted as moderators for attendee discussion. Students were united in their enthusiasm for supporting the victims of Parkland and advocating for gun reform.

“I think it’s our responsibility as high school students and just as citizens to stand with the Florida students and do whatever we can to help,” senior Sophie Reynolds said. “The walkout feels like a great first step.” 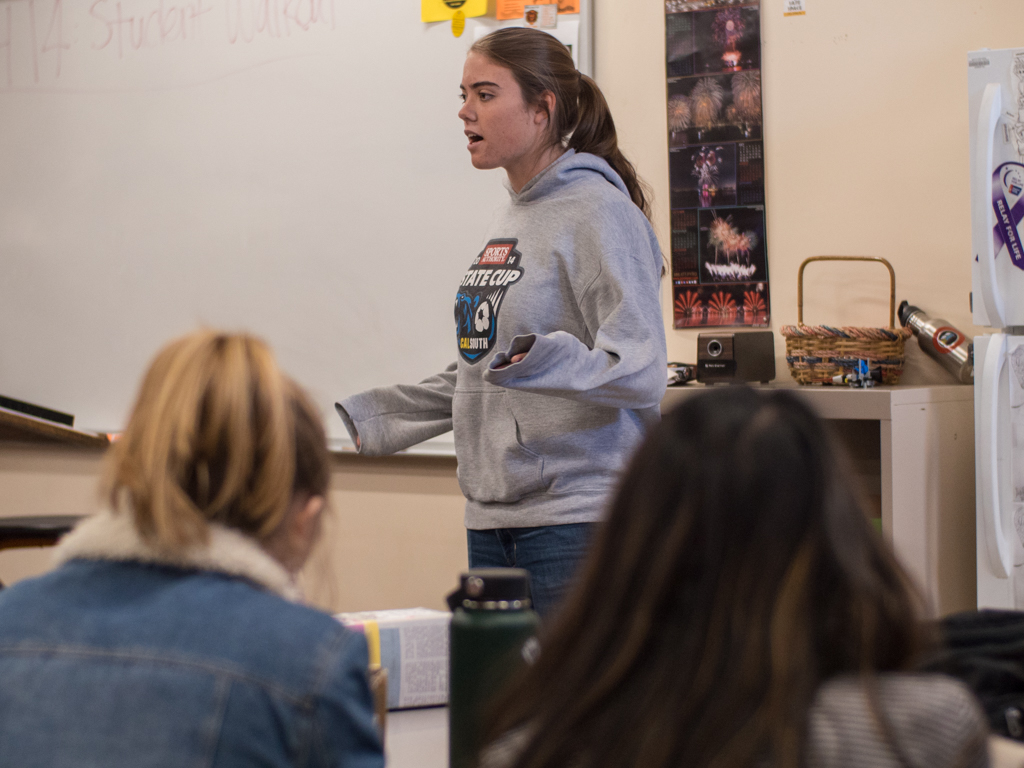 Senior Sophie Reynolds is one of the forefront organizers of the protest.

Reynolds served as an additional liaison for the SPHS student body, detailing possible logistics for the March 14 walkout. Many student opinions agreed that the act of marching off-campus would spread awareness most effectively, memorializing victims while also practicing civil disobedience.

The National School Walkout was initially organized by the Women’s March’s Youth EMPOWER group, which encourages teachers, students, parents, and administrators to participate. The event is set to occur at 10:00 am on March 14, lasting 17 minutes in commemoration of the 17 Parkland fatalities.