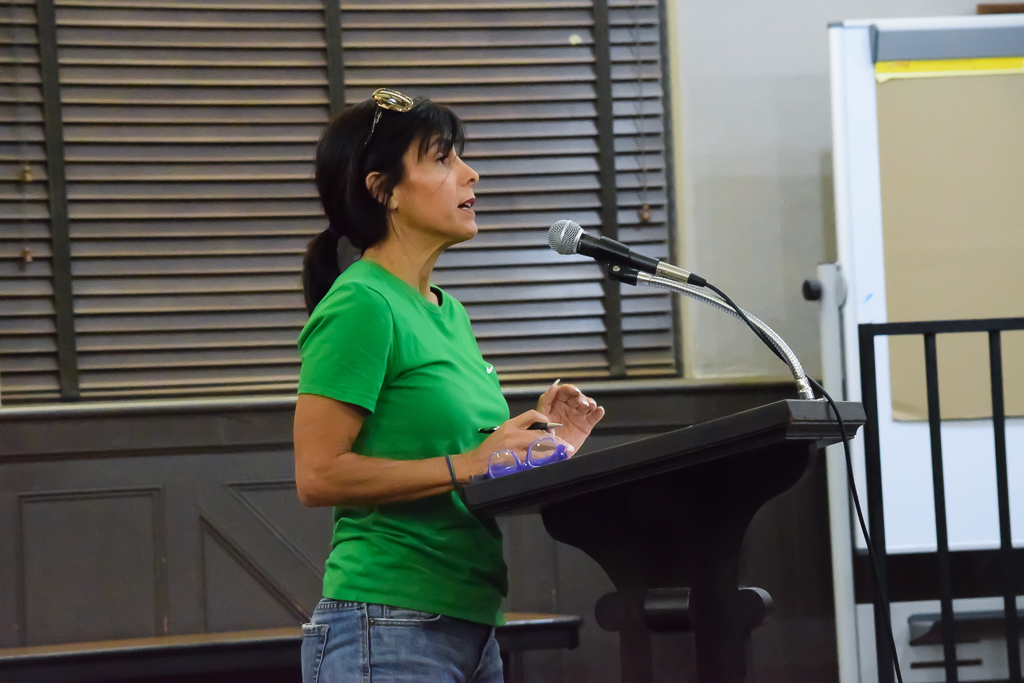 A South Pasadena parent expressed concern over student health at a SPUSD school board meeting Tuesday, Sept. 10, stepping up to talk about the threat vaping faces to youth in schools.

SPHS parent Gisella Benitez spoke on the issue of vaping the dangers it poses to young children and teenagers, urging the SPUSD district members to do more to stop vaping in schools.

“I know that there is a process and there are things being done, but so much more could be done,” Benitez said. “We cannot let a death happen in our schools.”

There have been six deaths in the United States that have related back to vaping, with nearly twenty states in the U.S. having reports of vape-related illnesses. Vaping and other forms of E-cigarettes can cause irreversible lung damage and lung disease. The Trump Administration is also reportedly preparing a ban on flavored E-cigarettes nationwide.

Benitez hopes that parents start talking to their children and begin to educate them on the dangers of vape. Although Benitez thinks that it’s the parents who should be educating their children, she also expects it to be the school’s responsibility as well.

“I believe that the conversation starts at home. Whole heartedly, we need to talk to our kids,” Benitez said. “We need to get into these kids faces and shock them to let them know that vaping kills… it’s the school’s duty to educate students as early as middle school.”

Benitez also believes there are more actions that can be taken on a local level to decrease the amount of vaping that goes on in our community, such as raising awareness of vaping in schools by hosting assemblies.

“I would like to see some of the [South Pasadena Education Foundation] money being appropriated to assemblies specifically on vaping,” Benitez said.

SPUSD currently covers curriculum on cigarettes in health classes. Teachers are required to explain to students the different types of cigarettes, such as E-cigarettes, and the effects smoking has on the human lungs and body. SPUSD also has a policy regarding E-cigarettes on the SPHS campus, recommending students found with cigarette paraphernalia for expulsion or suspension.

SPUSD board member Dr. Michelle Kipke responded to the vaping concern after Benitez spoke on vaping on Aug. 13.

“Thank you for coming back to us and reminding us how important it is that we are thinking about substance use on our campuses,” Kipke said. “Vaping is important. I hope the board does continue this discussion.”

I am an alumni of 2010 and this is my point of view for vaping. First off its a parent issue because a student who has a mod or e cigg is getting it from their parents. Vapping stores will not allow anyone under the age of 21 to buy anything from there. Second, its a parent teaching not a school. School is for the recommended studying of what will be for college or trade schools. Parents need to get up and start to raise their own kids and tell them facts straight up and not sugar coat or be shy about it. Be the adult and sit YOUR kid(s) down and tell them. Teachers or school factually shouldnt be the ONLY ONES to teach YOUR child or children.