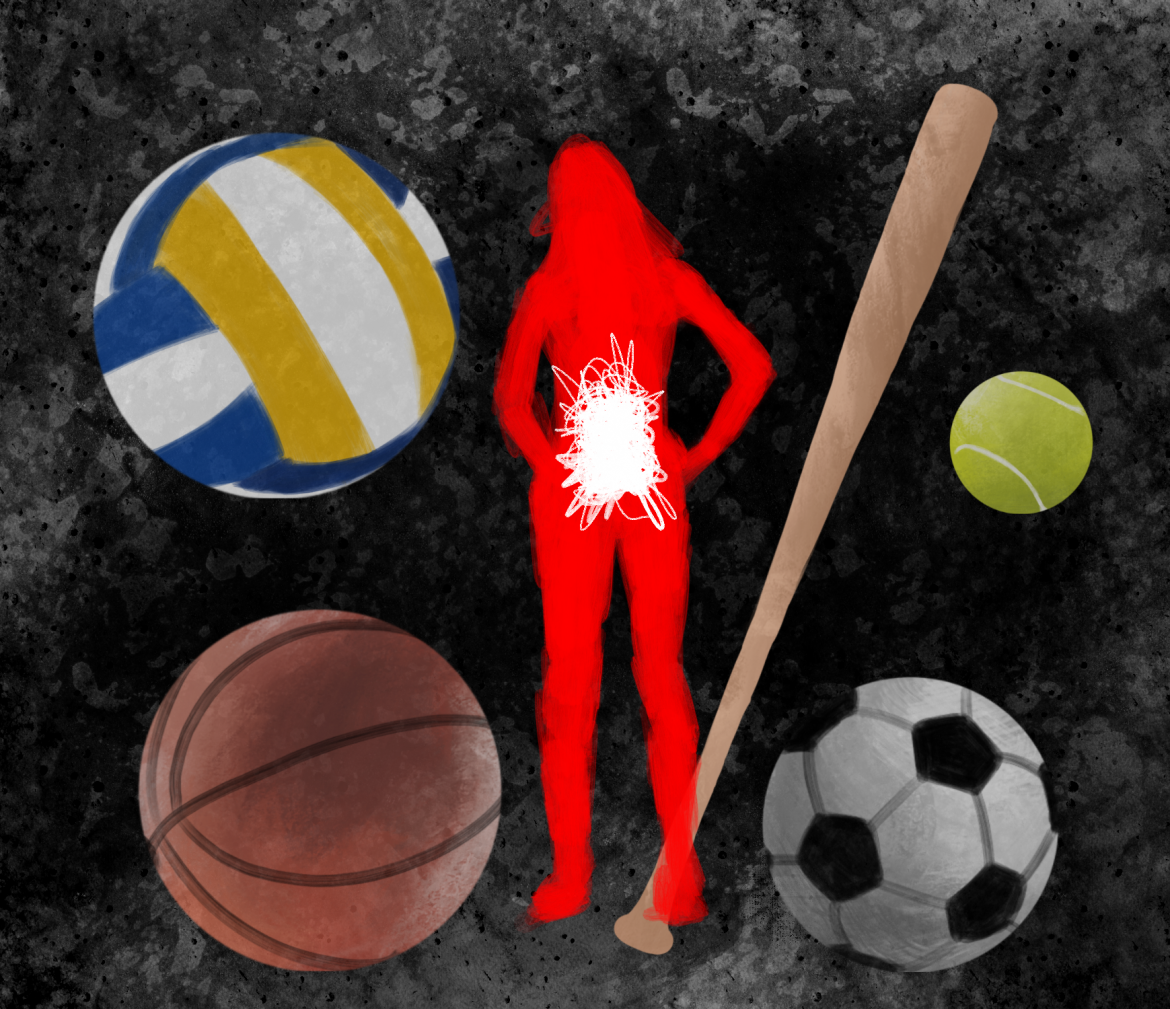 Despite the dangers amenorrhea poses, many female athletes have accepted it as a normal circumstance.

Sophomore Sadie Metcalfe, a member of the SPHS swim team, began to notice something off about her period in March. Despite having a developed regular period since she was 14, there was no sign of menstruation for several months.

“Nobody really ever talks about how normal it is to lose your period because of a sport, so when I did, it was really scary,” Metcalfe said. “I had no clue what was happening to my body.”

Metcalfe was experiencing a health phenomenon known as amenorrhea — the absence of menstruation. It is a common health problem in females that deprives the body of estrogen, weakening bones and allowing them to become more susceptible to injuries.

Many female athletes in high cardio sports such as cross country and soccer are at an increased risk of developing amenorrhea. Despite the dangers it creates, most athletes have accepted amenorrhea as a normal circumstance.

“My sister and I both had [amenorrhea] and we would just kid that I was 10 months pregnant,” alumna Elizabeth Bock said.

This develops a culture of insensitivity that discourages girls from visiting doctors and seeking proper treatment. As a result, they decide to ignore the problem and amenorrhea remains hidden in the shadows, unbeknownst to some coaches and many fellow student-athletes.

On top of that, there is a stigma against girls who let their period affect their athletic performance. Most high school boys are uneducated about periods, creating a lack of empathy for the physical adversities female athletes face.

“Boys take their biological advantages for granted a lot of the time and don’t realize how hard it is to be a [female] athlete,” junior cross country and track runner Lindsay Michels said. “Girls have to push through hormonal issues, periods, and weaker bones with little to no recognition.”

If health concerns such as concussions are followed up by mandatory meetings, amenorrhea should be as well. Schools need to address amenorrhea as a serious health concern and take similar measures to inform athletes and the student body.