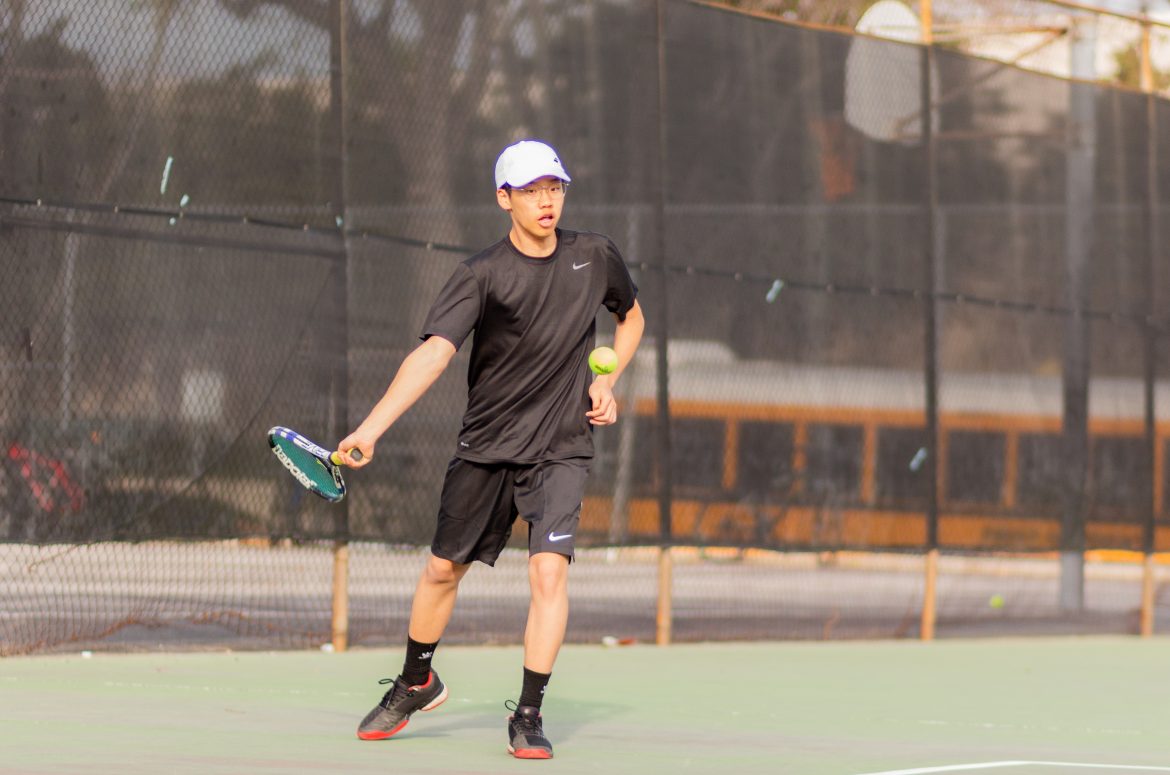 After last year’s season of struggle, the Tigers will lean on a dynamic freshman class to launch them into success.

Boys tennis has seen unsuccessful seasons in recent years with a rotating coaching staff and a lack of depth. After losing a group of strong graduated seniors and other players from the program, the Tigers will bring in yet another new coach: girls coach Krista Gale. However, 2020 may bring a different result for the team.

South Pas enters the new season with only five returners, but the team welcomes a talented freshmen class. Freshmen Finn McMilian and Dylan Cornforth have been placed as starters for the singles one and two positions, respectively. With strong control over the ball, McMilian shows prowess in consistency, while Cornforth dominates the court with his topspin and powerful cross court shots.

Doubles team one will be senior captain Sigmund Goodstein along with freshman Matthew Ou. The duo must quickly develop chemistry in order to carry the doubles squads that mostly feature underclassmen.

“I’m excited for the upcoming season and I’m really looking forward to the matches starting up this week,” Gale said. “With a few returners for veteran leadership, there will be a lot of new faces on the team. Nevertheless, several underclassmen have shown more experience than others, so I’m excited to see how each player plays with one another or individually.”

Still, boys tennis will be without star seniors Desmond Chan and Ben Pestana, last season’s singles one and two. The Tigers must rely on underclassmen and first-year varsity players to earn wins in what could be a transition year.

The Tigers will start off their season against Marshall on Tuesday, Feb. 18, at the Arroyo Seco Racquet Club.