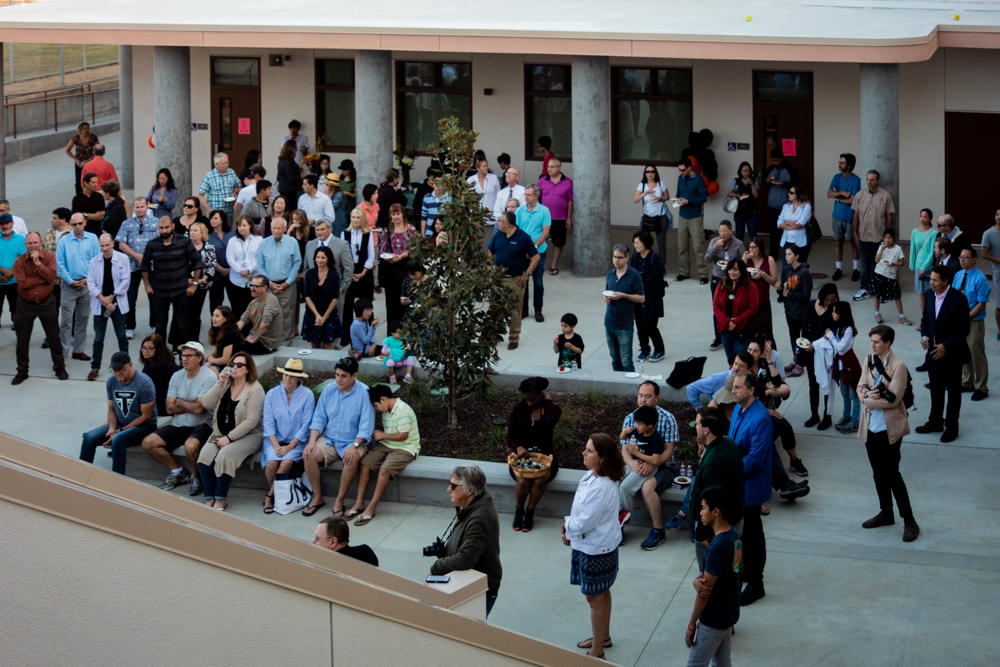 Students, parents, and SPUSD administrators gathered in the STEM building courtyard Wednesday, Apr. 24 to celebrate the opening of the building.

SPHS invited students, parents, and South Pas community members to the STEM building’s long-awaited public opening Wednesday, Apr. 24. The SPUSD administration expressed its appreciation for the community’s continued support. The ceremony kicked off the annual SPHS Open House where students and teachers presented the year’s work to families and friends.

Construction began in November 2017 and the building was slated to be finished when the students returned from winter break. However, students moved in in mid-January after multiple construction delays. The 20,000 square foot building houses six math and four science classrooms, a conference room, and the softball locker room.

“This project was long in the making, eight-nine years in the making.” Yantz said. “Your patience for getting to this point is much appreciated. There was question in doubt whether this would all happen, so I’m very pleased to stand here…It far exceeded our expectations.”

The current conference room will be repurposed in the summer, when Balfour Beatty converts the multipurpose room into a new “flex” lab. Yantz also confirmed several other future projects. The SPHS gym and tennis courts will be remodeled this November and the high school will be repainted next year. SPMS will also undergo construction in early June of this year, renovating the old gym into an art room, a black box theater, and an engineering lab.

Badminton coasts to victory against Mayfield