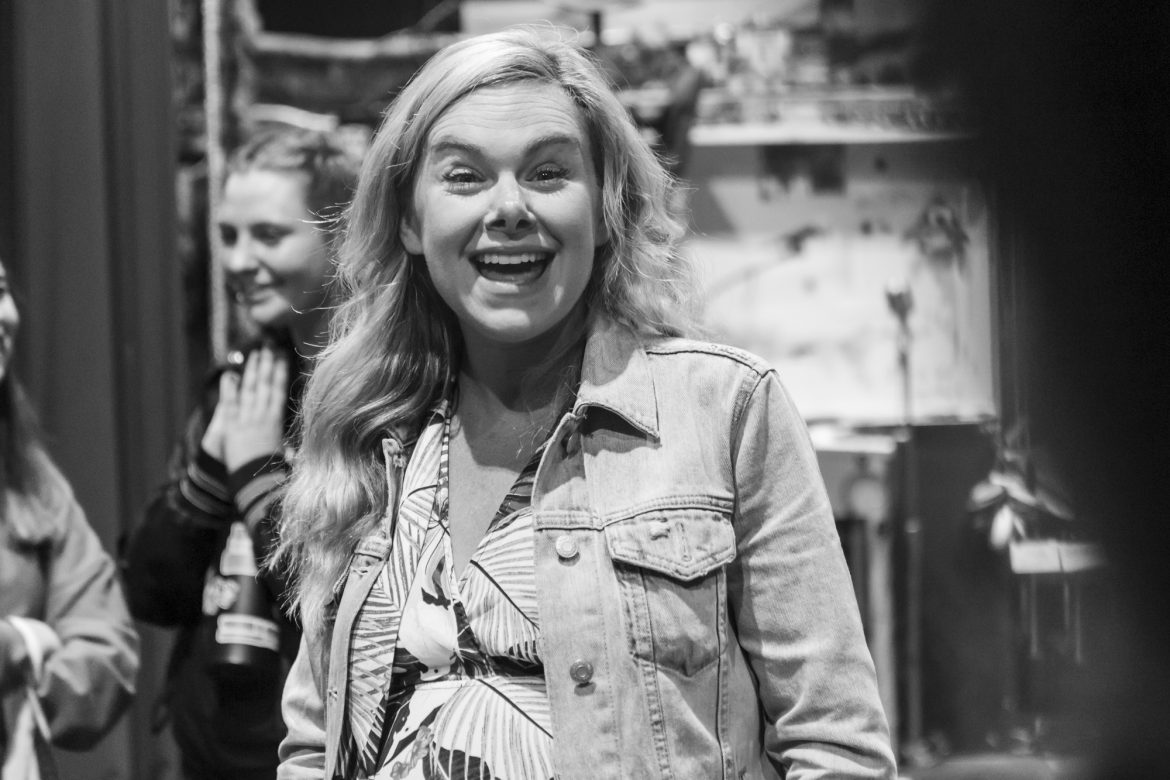 Along with sharing her Legally Blonde experience with senior Lindsey Calva, who plays Elle, Bundy also lent Calva several of her props that she kept from the Broadway production.

Broadway performer Laura Bell Bundy offered the SPHS cast and crew of Legally Blonde: The Musical inspiration and advice ahead of their opening night Thursday, Apr. 24. Bundy, who originated the role of Elle Woods in the 2007 Broadway adaptation of the popular film, visited the cast during tech rehearsal.

Bundy, who currently resides in the Los Angeles area, heard that the SPHS drama department was putting on Legally Blonde as its spring musical and reached out to director Nick Hoffa. Along with sharing her Legally Blonde experience with senior Lindsey Calva, who plays Elle, Bundy also lent Calva several of her props that she kept from the Broadway production.

Bundy made her Broadway debut originating the role of Amber von Tussle in Hairspray and also played Glinda in the hit musical Wicked. She starred in Ruthless! The Musical, for which she received a Drama Desk Award nomination for Outstanding Actress in a Musical. Bundy has also worked in television and film, appearing in Dreamgirls, How I Met Your Mother, and Fuller House.

Legally Blonde: The Musical will run at the SPHS auditorium through this weekend at 7 p.m. on Friday and Saturday, Apr. 26 and 27, and at 2 p.m. on Sunday, Apr. 28. Tickets are available online and at the door for $15 per adult and $10 per child.