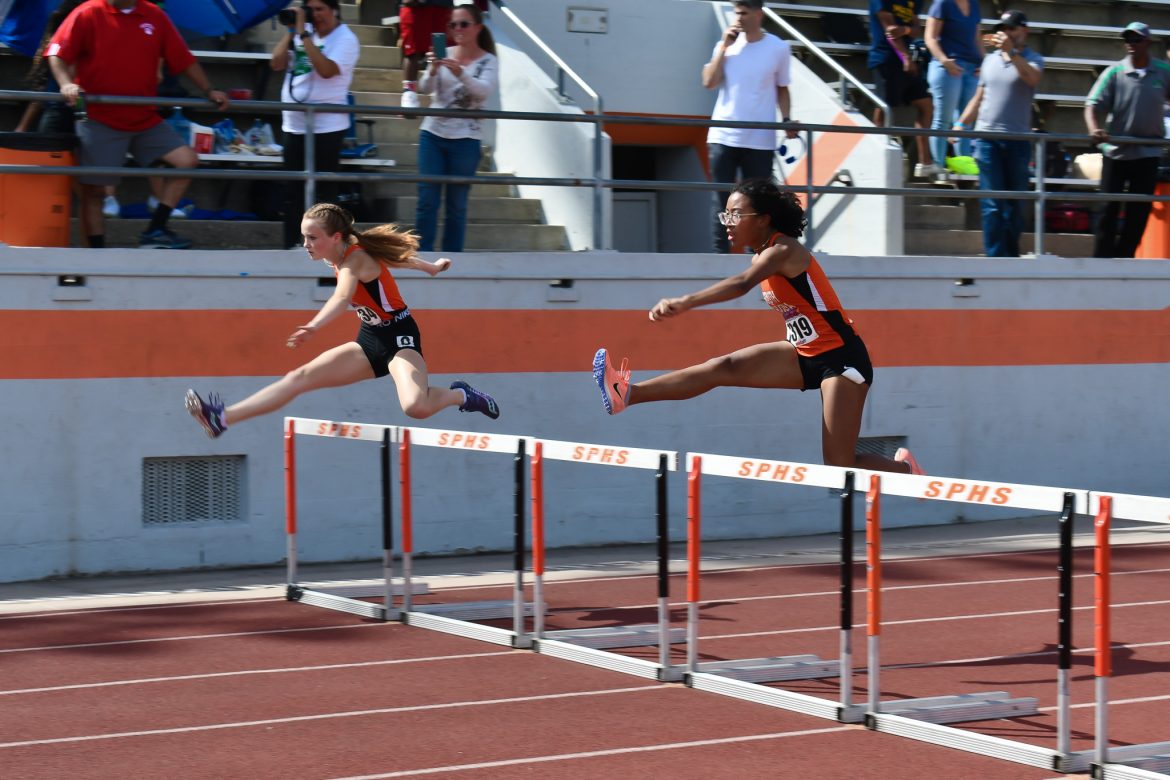 Sophomore Mia Holden and junior Rachel Noonan both medaled in the 100m hurdles.

South Pasadena track hosted the 76th Pasadena Games on Friday, March 26th, putting on a successful meet for the 35 schools that competed. Among the attendees was Rio Hondo league rivals La Cañada and Monrovia, while nearby Southern California schools St. Francis and Maranatha were also in attendance. Sports powerhouses Harvard-Westlake and Notre Dame took part in Friday’s events.

The varsity girls 100m dash saw sophomore Lyla Keller crack the leaderboard with a time of 12.86 as she finished in fourth place. Junior Kainoa Jones ran a 12.01 for the varsity boys 100m dash, earning him 28th place in the competitive event.

Senior Skye Harris, junior Annalea Pearson, Holden, and Keller were all but 0.22 of a second faster than Arcadia in the varsity girls 4×100 relay, and with a final time of 49.58, they were fast enough to take home first place.

The varsity girls 800m run was another successful event for South Pasadena, with senior Gabriela Rodriguez, junior Kaile Fernandes, and junior Ava Fineza all making the leaderboard. The varsity boys 800m run was equally victorious, with Baek’s time of 2:04.73 earning him 8th place. McLendon and junior Karl Tizon finished in the top 25, while seniors Noah Kuhn and Ramirez rounded out the leaderboard.

In the first field event, the varsity girls high jump, junior Peyton Washington-Gauzer and senior Ellie Lupien each jumped 4’6’’ to earn them 13th and 15th place respectively. Junior Brooke Toshima earned 12th place for the varsity girls long jump, jumping 14’11’’. The boys varsity high jump and boys varsity long jump did not have a competitor who made the leaderboard. 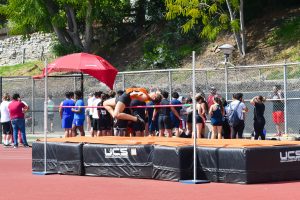 Girls shot put event was dominated by three Notre Dame athletes filling up the podium, but senior Zoe Hollingsworth earned 9th place with a 29’2½’’ shot put for the Tigers. In varsity boys shot put, the leaderboard was riddled with Tigers as seniors Niko Iwankiw and Noah Leider earned 2nd and 3rd place respectively for impressive marks of 60’2’’ and 55’0’’.

While the girls dominated many track events, the boys had a strong display in the field portion of Friday’s meet. Iwankiw was the first place finisher in the discus throw, with his 182’0’’ throw beating the second competitor by almost 10 feet. Leider finished in 4th with a length of 140’5’’ on his discus throw.

The 76th Pasadena Games were very successful for South Pasadena, with three first place finishes and a plethora of top 10 finishes by Tiger athletes. The next meet will be the Tiger Invitational, taking place on Friday, April 8th at South Pasadena.