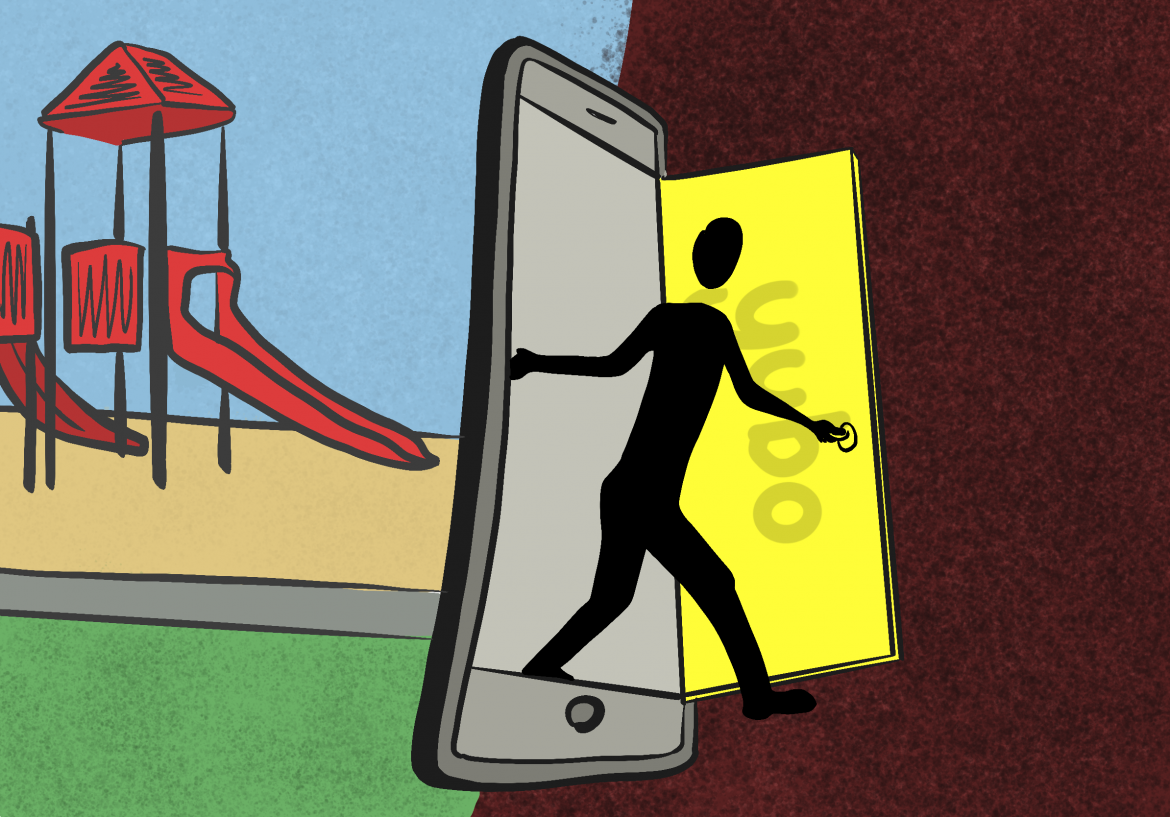 Yubo, a social networking application, markets itself as “a space where anyone can belong,” that it’s their “mission to socially inspire and enable a new generation to find out about the world and themselves.” On its website are a plethora of other generic indicators of what social networking companies believe themselves to be:

“Where young minds can express themselves”

Yet these noble proclamations of social media companies have the tendency to run in direct contradiction with their for-profit models. Though it launched in 2015, Yubo has certainly risen in popularity particularly over the pandemic to reach over 50 million downloads around the world.

The reason for this popularity is in how Yubo’s model of social connection has effectively turned it into a dating/hookup app for Gen Z, particularly people who are too young for the normal dating apps like Tinder, Bumble, or Hinge. Yubo’s minimum age is 13, and it states that anyone under 17 using the app must get parental permission before proceeding with their profile. 13-17 year olds have their own community on Yubo that is separate from those 18 and older.

But, as we’ve seen countless times before, age restrictions are hardly restrictive at all: People can easily lie about their age. Yubo admits this, stating that “like many other social media apps, [they] aren’t currently able to verify the age of [their] users at sign-up, so it’s particularly important that young people are honest about their age.” The app then goes on to stress that they try to moderate profiles and suspend accounts deemed to from fraudulent minors on adult spaces but we aren’t given statistics on these exposes, so it is entirely possible that many minors float around in Yubo’s adult community.

This is concerning because the reason for Yubo’s connotation with “Gen Z hookup app” is due to the fact that it operates just like the dating app giants. It’s difficult to see legitimacy in the app’s assertion of their dedication to “friendship” “being yourself” and “human connection” when its main feature is essentially “swipe left or swipe right.” Users aren’t really swiping through a list of others’ interests either — although that is a feature Yubo uses to present to you people that you may connect with — to a large extent it is simply one’s physical appearance. So inevitably, one swipes through, driven by the question of “who am I physically attracted to?”

This is all corroborated by the fact that the first things that pop up when typing “is yubo” onto one’s Google search bar are “a dating app?” and “a hookup app?”

Listen, even I went into Yubo with a hookup mindset. My friends had told me that they had been able to successfully exchange nudes with many on the app. I effectively had Yubo for only four hours — from around 12:30am to 4:30am — before deleting it, but not before making some noteworthy observations:

To be clear, I didn’t dabble with Yubo’s livestream feature, only their swiping one. And wow, most everyone had super depressing profiles. It was a cesspool of people vaping, shirtless thirst traps, and filters that I thought we had progressed past in 2018. Captions read “thighs *drooling emoji*” and “no guys please, only girls.” Mind you, this was Yubo’s 13-17 year old community.

I decided to give “no guys please, only girls” a chance. I think his name was Kyle? It definitely started with a “K” though. He was allegedly from LA, like me, and to justify my decision to swipe right on this blazing red flag of a caption: K’s profile was one of the few that wasn’t overly filtered.

It was a match! Something alarmingly similar to the function of dating apps. By the time K and I had matched, it was around 3:30am and by then, my Yubo venture had resigned to the point of an addicting game; the prize was one decent profile and my standards were crumbling by the minute.

Before matching with K I had spent the last 3 or so hours confused, still trying to figure out how the app worked. I realized that I could only contact one’s profile if we had both swiped right on eachother. But Yubo did have a backlog of profiles that had swiped right on me that I could access if I paid them. (I’m pretty sure there was a loophole to this paywall, via “friend request” which is apparently a separate feature from swiping right, but I couldn’t figure out how that worked.)\

I think that if anything describes the state of human connection today and the platforms that promote it is that it is increasingly something you have to buy. It’s something that has been commodified. And moreover, I’m weary of the fact that the Internet and its promise of friendship and democratized fame is far less legitimate than most make it out to be.

The paywall is where Yubo’s true intent lies bare and exposed. Ultimately, Yubo wants to make money, whether that be through adopting a model eerily similar to dating applications or targeting minors and then making them pay to see their Internet “friends.” The app’s sinister act of vaguely marketing itself as something noble, something clearly different from what it actually entails is yet another strategy to generate revenue.

Yet Yubo’s vague definition of itself also creates a Catch-22 for those who may look to critique the app: One could just say that whatever bad is happening on Yubo simply just isn’t supposed to happen on Yubo, even though the app is built to encourage said bad activities.

K ended up sliding into my Yubo dms. “Heyyyyy” he said. Classic. “Hey!” I said back.

We had some back and forth before I gave into sharing my Instagram @ with him. (I had told him no two times before he presented the ultimatum of “where else would I talk to you” as if we hadn’t already been communicating via Yubo direct message.)

Seconds later he sends me a dm from an account with no followers or profile picture:

“Ur so fineee. We defff need to meet up in person soon. We could have fun ;)”

And then he left me on seen and deleted his Yubo account. I think it was because I called him “dude.”