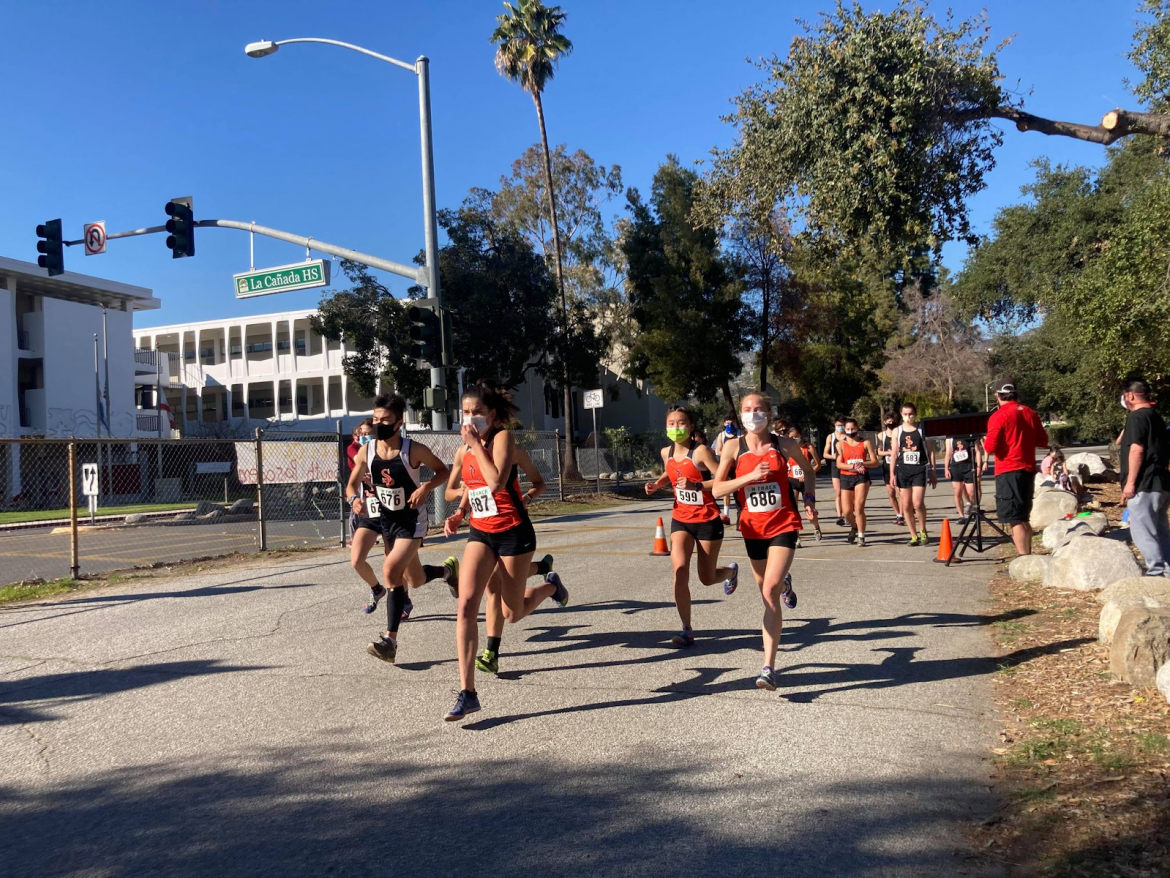 The SPHS cross country team participated in their first meet of the year on Tuesday, Feb. 23 at Hahamongna Park.

After 11 months without competition, the team was finally able to showcase their talents in a two-day competition hosted by La Cañada. On the first day, La Cañada and South Pasadena were able to compete and on Thursday, Feb. 24 Blair, Monrovia, and San Marino will compete.

Changes have been made to the race format due to the COVID-19 restrictions. The runners began in a staggered format, starting 30 seconds apart, giving the runners approximately a 500 feet starting distance. All racers are required to maintain social distance and wear a face covering — runners can remove their mask as long as they are at least ten feet apart while racing.

Senior Andrew Villapudua led boys varsity, completing three miles in 16:03 and coming in first. Junior Liam Devilla was close behind with 17:11 and finishing in third place. Seniors Pattrick Latting and Andrew Parkinson both finish strong in fourth and fifth place with times of 17:31 and 18:21, respectively.

The girls varsity team also held their game placing in all top three spots. Senior Lindsay Michels led the girls team finishing the three miles in 19:09 and coming in first. Second was followed by junior Sydney Morrow with 20:53 while third place was senior Amelia Jarolim with 20:54.

“The first meet was a unique experience, but I’m just very grateful we had the opportunity to run,” junior Gabriela Rodriguez said. “It was difficult not being able to go head to head with our competition, so it felt pretty experimental and weird. But overall we all did really well and I think it was a very promising start to the season ahead.”

League athletic directors are still discussing dates for future meets but have a possibility for League Finals to be held on the tentative date of Mar. 25.