SPHS band places fourth in first competition of the year 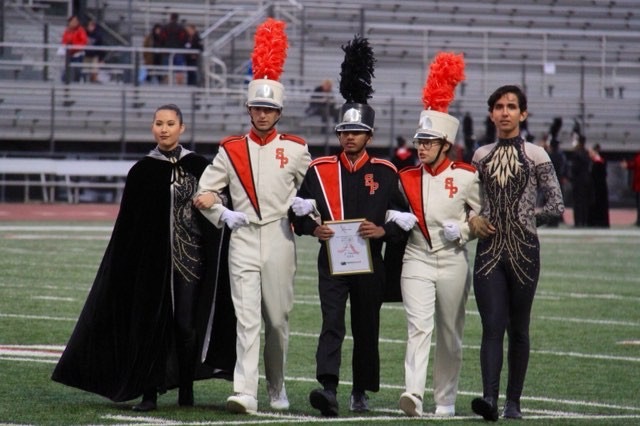 The SPHS marching band finished fourth in their class at the 2018 Ayala Music in Motion Tournament on Saturday, October 14.. The band performed “Nexus,” a fusion of Pyotr Ilyich Tchaikovsky’s “Swan Lake” and “Chandelier” by pop star Sia.

“We had a really crazy past two days; getting rained out of Homecoming and having a bunch of other logistical issues,” assistant drum major junior Kenneth Schultz said. “Despite all of that, I think we gave a really good show.”

The marching band will participate in the 2018 Mission Viejo Field Show Tournament next Saturday, October 20.

Our show is called Nexus for your information