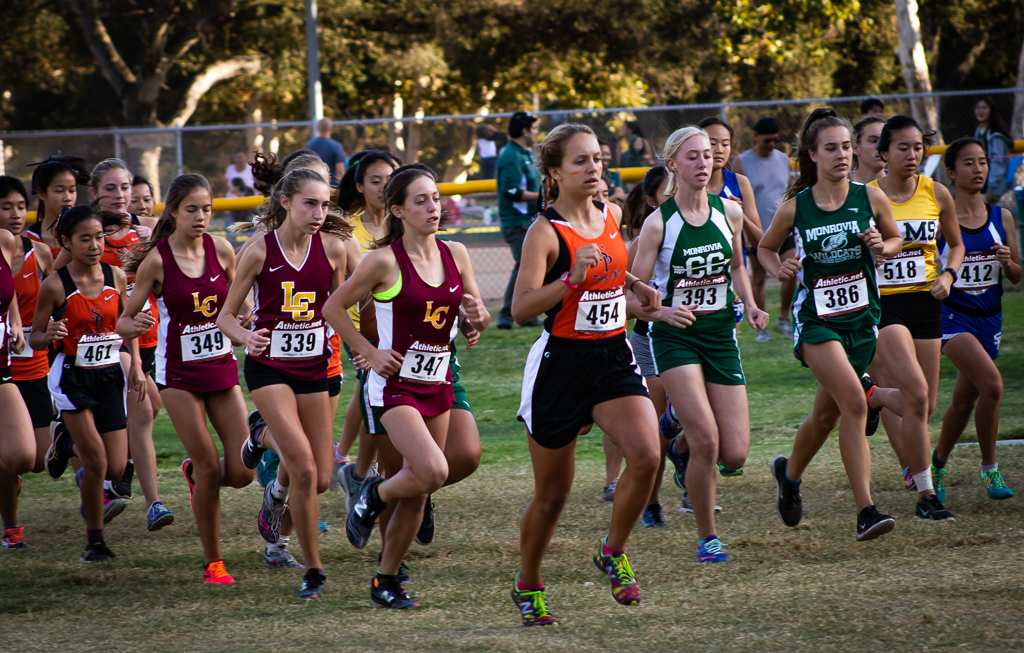 SPHS cross country came out on top in its second league meet of the season on Thursday, October 11. Both the girls and boys varsity runners earned their teams’ first place, prevailing over their most rigorous and perhaps only true competitor — La Cañada.

Despite resting some of their top runners, the girls’ team came out extremely strong as always, triumphing over La Cañada for the first time in years. The team was led by three consecutive runners, freshman Mai Koyama (20:19.10) and seniors Elizabeth Bock (20:24.42) and Lindsey Calva (20:32.48), who came in fifth, sixth, and seventh. Following up was sophomore Lindsay Michels in 12th place with a time of 21:14.91. In 14th and 15th respectively were freshman Lilian Zhu (21:22.56) and sophomore Amelia Jarolim (21:22.99). Rounding out the Tiger pack was freshman Miranda Liu in 24th, running a time of 22:55.31. The underclassmen dominated team pulled through to earn a score of 44, narrowly breaking their second place streak by two points.

“I think the team performed exceptionally… I have no doubt we’re well on our way to ending the season extremely well,” said front-runner Koyama.

The boys also ran well, keeping their first-place standing. The running times for the boys varied more than usual but still showed a tremendous performance against the competition, earning an overall score of 42 over La Canada’s 46. Junior Sam Clark lead the boys, coming in second with a time of 16:25.61. Then came senior Nicola Porcu in fourth and Benicio Perez in ninth with respective times of 16:48.41 and 17:42.62. Running close together were freshman Brady Nakamura (18:06.67) in 13th and sophomore Andrew Parkinson (18:10.65) in 14th. Junior Nick Owens ran the three-mile course in 18:18.70 for 17th place followed by the final tiger runner, senior Francesco Fortunelli (19:16.29) in 29th.

The Tiger’s rank in their second league meet foreshadows an impressive ending to the season and a promising future for the team after the seniors depart, as the underclassmen are already showing their talent in a big way. The Tigers will show off again next Friday, October 19 in the Clovis Invitational.

SPHS band places fourth in first competition of the year