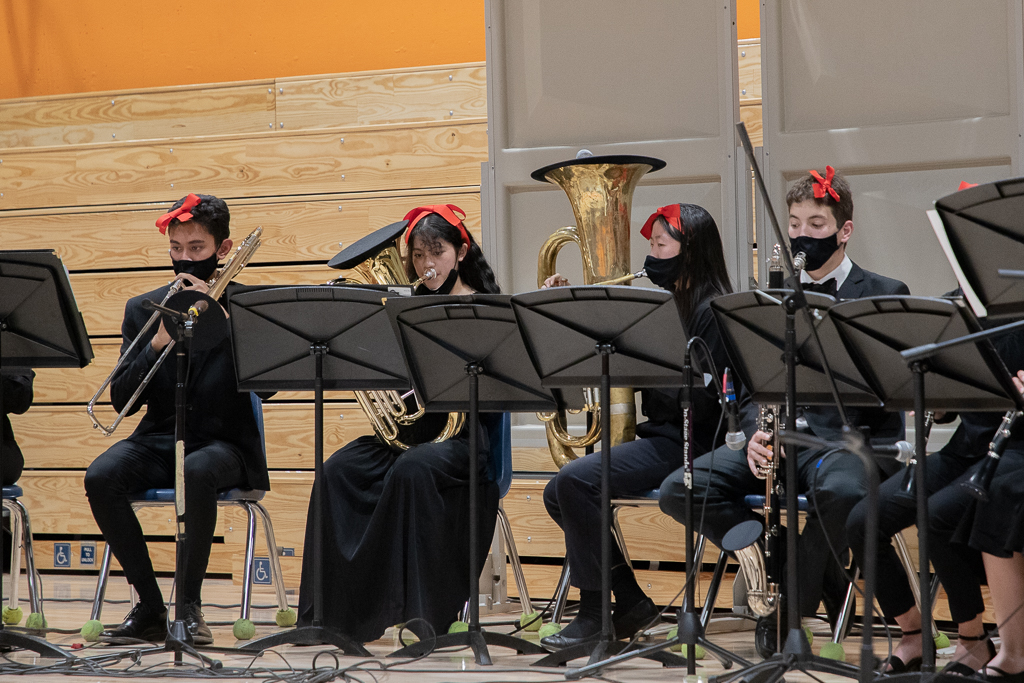 Students from each of the instrumental programs performed a total of 22 songs, many of which were original arrangements.

Students from each of the instrumental programs performed a total of 22 songs, many of which were original arrangements. Performances ranged from pop to classical songs including a rendition of Earth Wind and Fire’s “September,” played by seniors Aidan Lam, Christopher Kuizon, Charlie Miller, Emily Albornoz, Jason Liu, junior Mina Wu, and freshmen Finn Santana and Felix Mc Ferrin.

Students began preparing for Spaghetti Dinner Night in January, the band’s only performance in which students choose their own music.

“I am very happy with how this year’s event turned out,” junior Mina Wu said. “I missed having an opportunity to perform [in front of an audience] and with people and music that I got to choose and I had a lot of fun leading up to and during spaghetti dinner night”

Parents, community members and student volunteers served pasta, pizza, and garlic knots from Charlie’s Trio and Mamma’s Brick Oven Pizza & Pasta, alongside salad and cake to guests who dined outside on the Tiger Patio before heading inside the gym to listen to the music. For the fundraising portion of the event, attendees could also participate in an online silent auction to raise money for the program.

SPHS auditorium to be named after former principal Janet Anderson