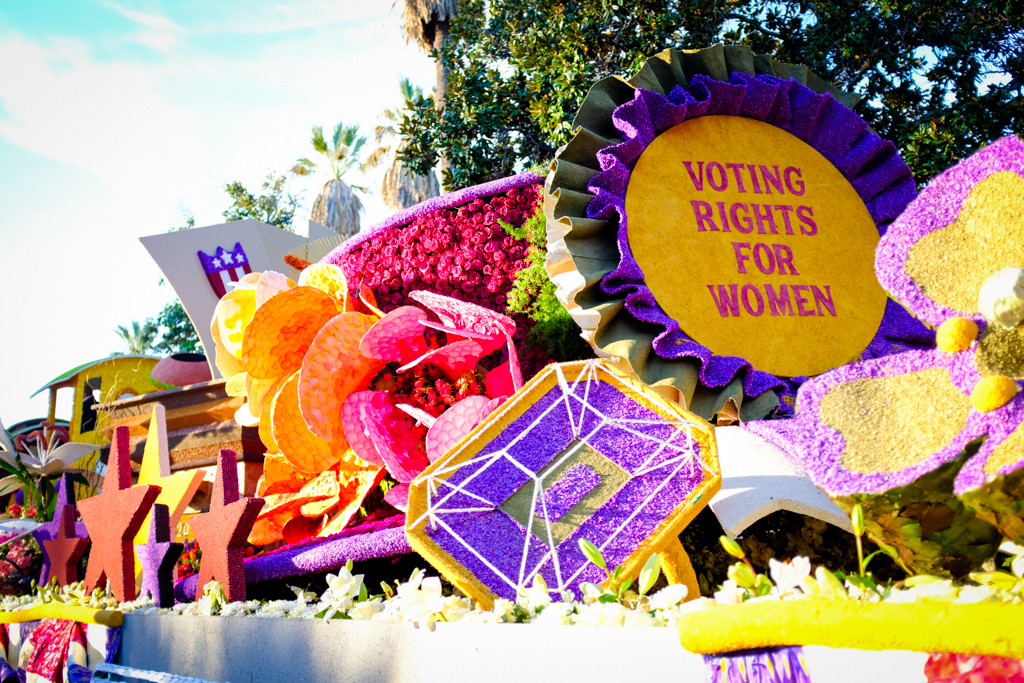 The entirely volunteer constructed float featured around 150,000 flowers, with roses like Freedom, Cherry O, and Pink Loyd as well as other floral pieces including hydrangea, gerberas, and Tiger Lilies. The primary design spotlighted a scroll of the 19th Amendment, which sat on the float alongside a large hat, buttons, and jewelry from the 1920s during the women’s suffrage movement.

Volunteers raced to finish the float at the War Memorial Building on Dec. 28, three days before the judging by float judges Hitomi Gilliam, Phil Hettema, and Lilit Khatchaturian. South Pasadenans came out to help glue the thousands of petals for the float’s decoration.

SPTOR began construction on the float in November, implementing the main steelwork of the float with the help of volunteers. A new internal fire suppression system was also installed as a result of last year’s fire.

“I feel like the rose parade floats just keep getting better and better every year. The floats were all so creative, vibrant, and inspiring, really emphasizing the message of hope,” junior Jolene Lee said. “Overall, I had an amazing time with my friends and family, and it’s really something we look forward to each year.”

SPHS senior Cole Fox represented South Pasadena as a Princess on the 2020 Royal Court in the parade.

“This [was a] once in a lifetime dream and I am so lucky and eternally grateful the committee chose me to serve on the court,” Fox said. “My job consisted of a lot more than just smiling a waving, for I attended over 100 community events, and this platform of outreach will forever be instilled within me.”