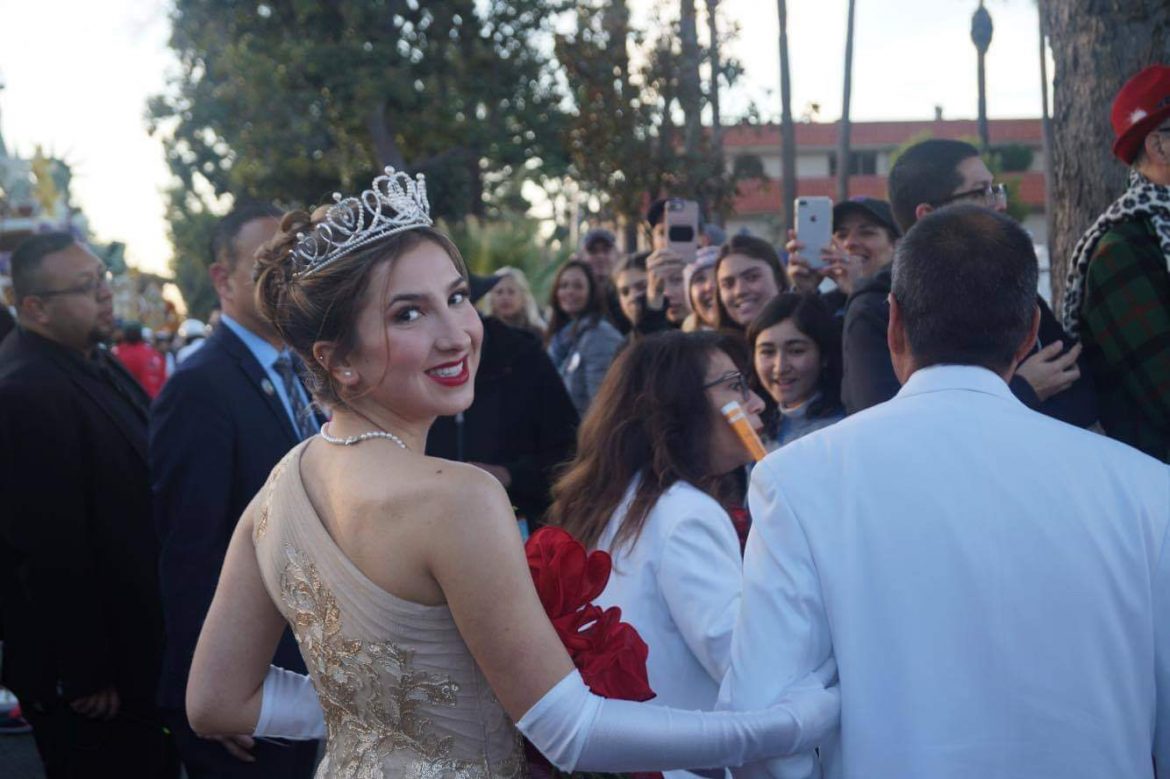 Cole Fox's journey to self-confidence has equipped her with the tools she needs to empower those around her.

Cole Fox has a powerful presence on campus; she draws people in with her compelling poise and calm composure, speaking in a focused, captivating, and articulate manner. The ambitious senior’s involvement reaches all aspects of the South Pasadena community and beyond, earning much award and praise. Each of Fox’s achievements have been propelled by her strong sense of self-confidence and passion for helping the less fortunate beyond South Pasadena, which is especially shown in her work as a 2020 Rose Court princess.

However, the confidence she embodies today was not always present, and Fox does not take this for granted. She recounts being in a negative state of self-hatred when making the difficult transition to high school and how that difficult period was necessary in order to strengthen her self-confidence.

“It was having a really hard time with my self confidence and recovering from that that made me strong. It was really going through the rock bottom of just feeling terrible about myself, it was going through that and feeling that pain, and coming out of it and learning from it that made me confident,” Fox said. “I saw help and it was talking with people and being vulnerable and open about how I was feeling that allowed me to take a step back and question why am I spending time in my head about this, like it doesn’t matter. It matters more who I am as a person, than my appearance.”

Fox applies her confidence in all the activities she’s involved in. She’s not only a member of ASB, but also a design editor for the yearbook, a girl scout, and an avid participant in the drama program.

Drama has played a particularly large role in helping Fox break out of her shell. She credits her public speaking abilities with her theater training that began in fifth grade. Most characters she has played are loud, dominant ones; Paulette in Legally Blonde, Tracy in Hairspray, Rizzo in Grease. These stage personas translate to her personality.

This belief in herself and lack of fear when public speaking has helped her immensely in her work as 2020 Rose Court princess — in which she displays her determination to break the “bubble of South Pasadena.” As part of the Court, Fox visits all parts of the community; senior centers, foster homes, and hospitals. In her work, she demonstrates a greater awareness of her community, which she knows extends beyond South Pasadena.

She keeps her own struggles in mind as she empathizes with others around her. Fox utilizes her confident in every little personal interaction she makes, each of which she believes can have a significant impact.

“It’s emotional, but it’s also really eye-opening and makes me want to get out there more and help these people, because I’m very fortunate to have the life that I do, and I want to try and give that to other people who don’t have that.”

Fox’s determination is extraordinary. She’s grown into someone with a platform to fulfill her aspirations of bettering the world around her. As she continues to touch lives in her reign as Rose Princess, Fox will undoubtedly do so with passion and confidence.