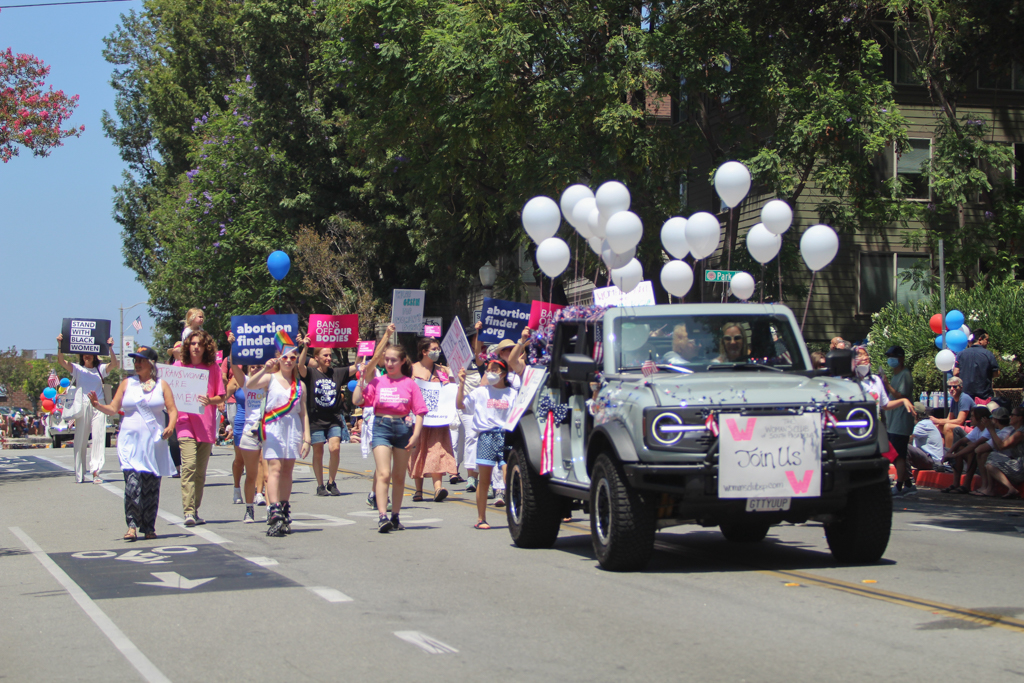 Attendees and participants enjoyed the annual parade for the first time in two years due to the pandemic.

South Pasadena citizens celebrated Independence day at the first Fourth of July theatrical presentation on Sunday, July 3, and the annual Festival of Balloons on Monday, July 4. Residents attended the parade, partook in games at Garfield Park, and watched the fireworks show at SPHS for the first time since 2019.

Actors guided the audience through a look into American diversity and the history of South Pasadena in the theatrical presentation, We, Too, Are American, produced by Lissa and James Reynolds. The presentation illustrated the hardships of minorities across the United States using their own experiences and historical accounts from various figures. The actors connected this to South Pasadena’s history of racism with a demonstration of World War II where Asian residents were heavily ridiculed and forced to relocate into internment camps after Japan’s attack on Pearl Harbor. They showed that this outlook has shifted into the current inclusive community where citizens dine at Gus’s BBQ and children play at the Moreton Bay Fig Tree. The event ended with a verse from “This Land is Your Land” and the actors answered questions from the audience.

The Kiwanis Club kickstarted the following day’s festivities with their annual pancake breakfast fundraiser at the South Pasadena Fire Station. The proceeds are dedicated to funding student scholarships and meals at Ronald McDonald House in Pasadena.

Ecstatic residents lined the streets from Diamond Avenue to Garfield Park as participants marched in the historical parade, dating back to 1982. The Boy Scouts of America, Women’s Club of South Pasadena, and Dads Uniting Dads in Education and Service (D.U.D.E.S.) were among the 49 total participants. The American Youth Soccer Organization’s (AYSO) inflated soccer balls and Arroyo Seco Stables and Riding Club’s horses strolled down the street while the Minuteman Band, led by SPHS band director Howard Crawford, played in the distance. Families partook in arts and crafts at the South Pasadena Public Library before marching in the parade with the library’s summer reading program.

“I do enjoy marching in the parade,” Boy Scout Troop 342 member Austin Borgerding said. “My favorite part is probably seeing all the people you know on the sidewalk and them cheering for you.”

Attendees participated in games, indulged in food, and engaged in several other activities at Garfield Park. Residents later gathered to listen to rock songs from the 1960s through 80s, which were played by the Los Angeles-based band “The Kings of 88” at the live concert. The night ended with a fireworks show where residents and attendees gathered on SPHS’ Roosevelt football field.

“I really liked how many parents, teens, adults, and kids came out to support our small little town with cheering and red, white, and blue,” South Pasadena Public Library volunteer and rising junior Twyla Metcalfe said.“I also liked how the library got kids and parents from all over to come and participate with fun crafts and then walk in the parade.”

Garfield Park continues to host local events as the South Pasadena Community Services Department will put on the movie Back to the Future at the park on Friday, July 22, at sunset.