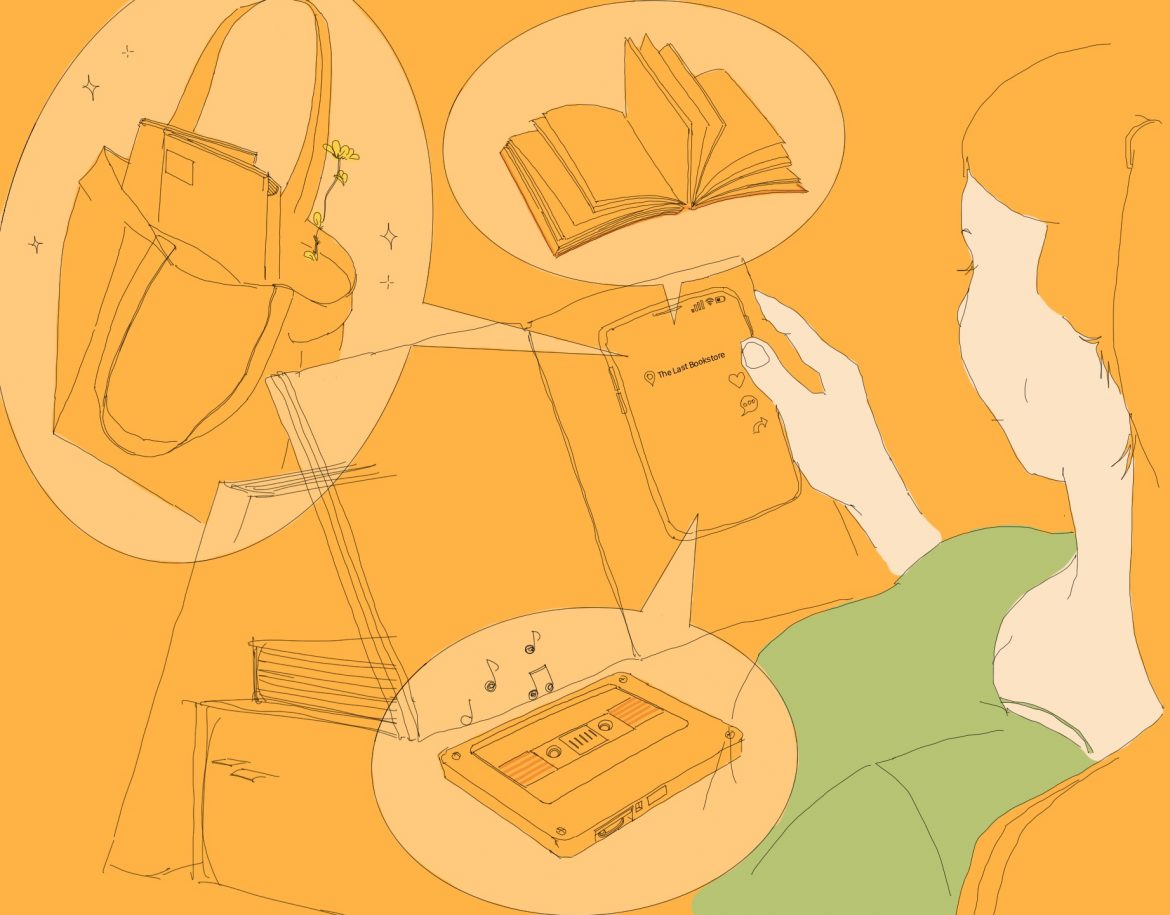 The allure of small-town bookstores survived past its supposed demise, partially due to the Internet.

Independent bookstores evaded their seemingly unavoidable eradication, contrary to the popular belief that their perceived rival – the internet – would be the death of them. The technological revolution pushed out the need to walk into a bookstore, meander through the aisles, and buy a book. Online shopping is extremely convenient for readers but also harmful for independent bookstores. But now, with the help of social media and online endorsers, independent bookstores are able to keep their doors open.

Readers everywhere are finally realizing that bookstores are sacred and cannot be extinguished with the advent of technology. From vlogging a personal adventure in a bookstore to the many posts on #BookTok and pictures with #Bookstagram, independent bookstores have grown in popularity and venerability. Hopping from website to website while being confined to our homes, clicking from item to item, and closing out of the tab with no purchase on the way became monotonous. When cases died down and stores opened again, websites like Bookshop.org and IndieBound.org began supporting indie bookstores.  These endorsers made it possible for readers to buy books online while still supporting independent bookstores.

Independent bookstores reached extraordinary highs before the founding of Amazon in 1995, according to the American Booksellers Association. There were about 5,500 independently owned bookstores in 1995, but only five years later, the numbers dropped by 43 percent. They were destroyed by megastores like Barnes & Noble, the now-closed Borders and, of course, Amazon. The assistance of social media did not come fast enough to save bookshops after Amazon started up. From 2000 to 2009, bookstores continued their steady decline.

Online sellers decreased the price of books while increasing the expediency of purchases. However, local bookstores have not become more commercialized, even with the increase of online book sales. These stores still remain a big part of their community. Instead of ‘going corporate’, they decide to stay small. Powell’s City of Books has remained an independent bookstore, despite challenges like eReaders and cheaper prices from online sellers. Although they have three locations in Oregon, they are still considered independently owned and operated. Online endorsers have helped the process of expansion for these bookshops by selling books the more convenient way, online.

As technology continues to modernize the world, physical things become fascinating and retro. These older objects have been reused and kept around as artifacts, but recently, they have come back as in-style. There is a newfound prestige that comes from a rare item as opposed to having technology that almost everyone already has.

Tactile books continue to be resurrected with each generation of technology and trends. Despite all the travails and purported downfalls, bookstores will stay alive and continue to fight. The aid of the online endorsers has given new life to independent bookstores. Readers cannot start writing the obituary for the printed word, we must instead find more ways to help it thrive.