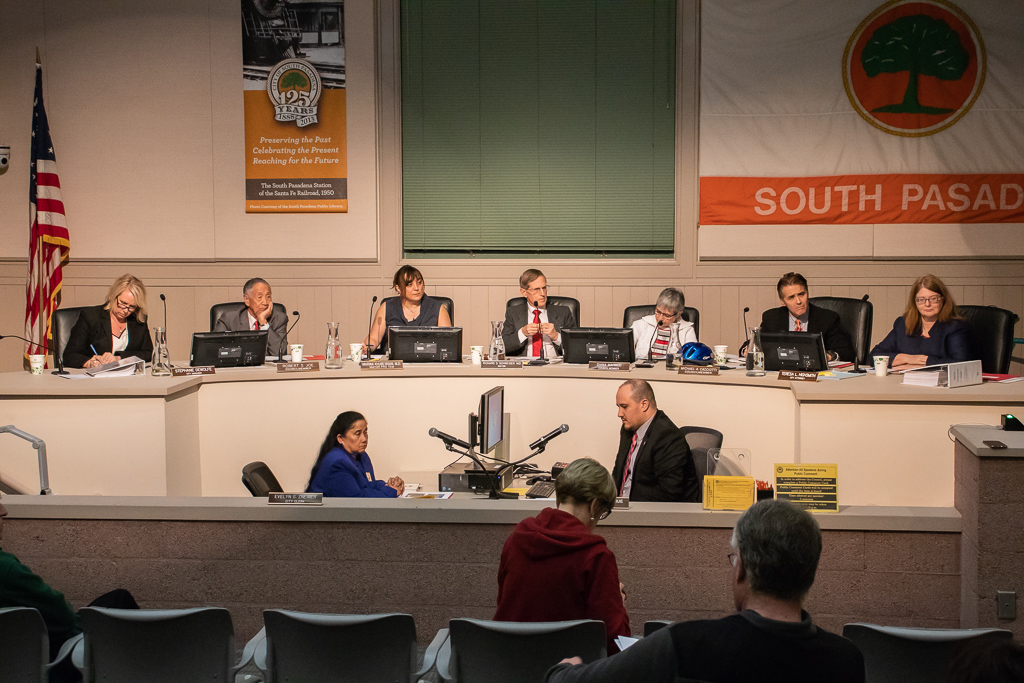 South Pasadena parents and students gathered to voice their concerns about traffic and public safety at the city council meeting Wednesday, Dec. 5, calling for the increase of crossing guards on multiple school intersections. The push to prioritize student and driver safety came after the near serious injury of an elementary school student while crossing a street on their way to school a week prior.

The incident on Nov. 30 occurred on the intersection of Via Del Rey and Indiana Avenue. David Elian was crossing Via Del Rey with his son, who attends Monterey Hills Elementary school, when a vehicle turned onto the street and minorly injured the pedestrians. The driver claims to have been unaware of Elian and his son when he made the turn.

Monterey Hills currently has one crossing guard on duty before and after school on Via Del Rey. However, parents and students say that more crossing guards are needed to combat further traffic incidents.

“The crossing guard helps drivers stop and see the pedestrians,” parent Judy Woo said. “Our major concern is for the safety of the children and the parents.”

The city council plans to respond to both the incident and the community’s safety concerns with a new policy that will increase funding to hire more crossing guards. The city also plans to conduct a study on the multiple intersections on Via Del Rey in hopes of finding solutions that would promote better driver awareness.

“We need to find a way to manage this issue as more and more parents ask for more and more crossing guards at a variety of intersections,” City Manager Stephanie DeWolfe said. “We’re trying to attack this issue from multiple angles to find a solution that will improve the safety of our children.”