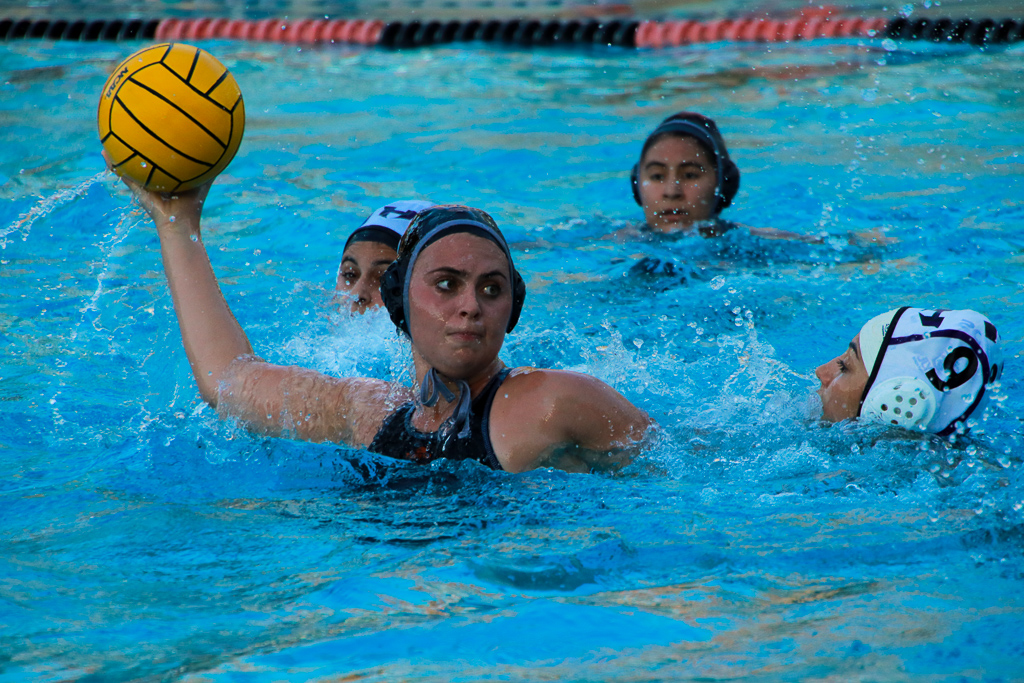 Senior Olivia Hunt searches for an opening in the defensive line.

Following a successful 2-0 start to the season, the SPHS girls’ water polo team traveled to battle against strong opponents in the Villa Park Classic Tournament. The tournament, which was forced back to Friday and Saturday due to rain, gave the team an opportunity to challenge themselves early in the year.

The team played two games Friday and two on Saturday, garnering a win each day. In the opening game on Friday, the Tigers battled the Villa Park Spartans and won by a victorious score of 11-8. The powerful start encouraged their efforts to continue their dominance. However, their momentum was quickly diminished after they ran into red-hot Redondo Union. This game was less joyous, as the SPHS team was dominated by the Sea Hawks, losing 19-7.

Saturday’s first game against Long Beach High School mirrored their Friday winning score of 11-8. In a exciting finale to the tournament, SPHS battled Beckmann to a nail-biting finish. Despite senior Jael Osborne’s goal-scoring efforts that helped keep the game close, their tournament ultimately ended with a 10-9 loss.

The Tigers’ next game will take place at home on Tuesday, December 11 against Notre Dame High School.

Junior Maddie Yoo looks forward to be a Design Editor for Tiger this year. She loves art, crushing her sister at card games, and playing with her black lab, Penny.