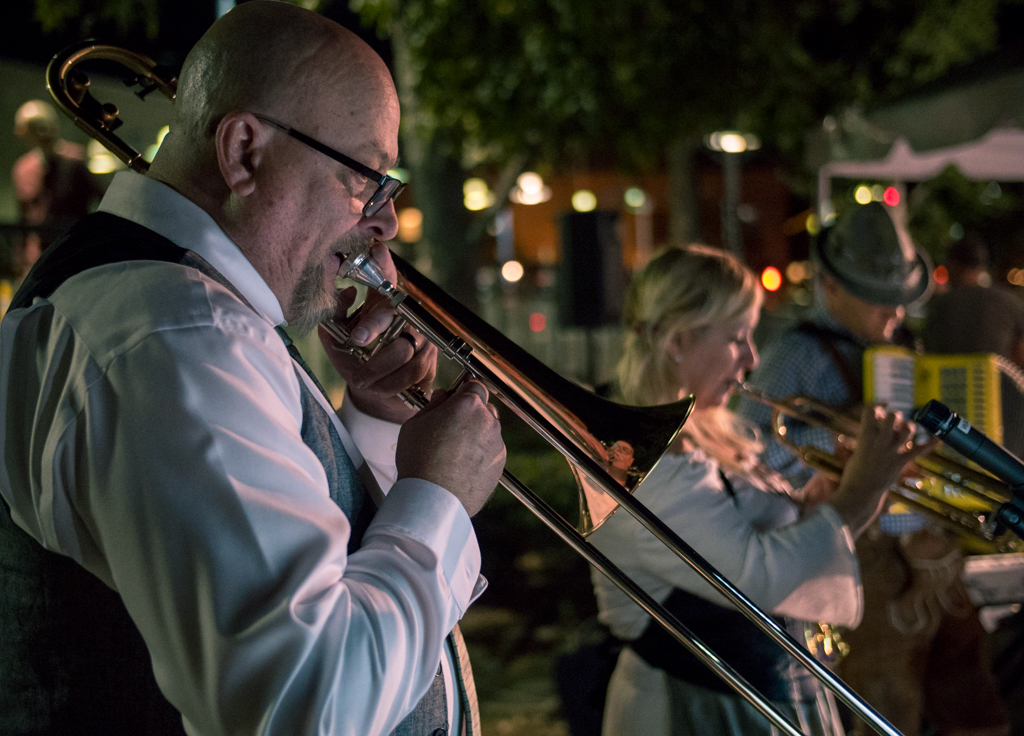 Many art exhibits and performers lined the streets for the annual Arts Crawl.

Residents from South Pasadena and surrounding cities came together on Saturday night to clog sidewalks and show their small town spirit for the annual Arts Crawl in the Mission Street business area. Dozens of local artists put their work on display, selling hand painted wooden serving trays, necklaces and bracelets inspired by the Day of the Dead, and images of iconic spots in South Pasadena.

Crawlers were attracted to the event by signs up and down Mission St. encouraging people to check out the art. At the Gold Line Station, most artists sold items that were hand-crafted, featuring intricate designs, carvings, and paintings. The local video rental store, Videotheque, contributed to the festivities with Halloween themed cartoons and films which were projected onto the wall of the Bumper to Bumper auto shop parking lot. A block down the street, at Mission and Fremont, six children from the Pascale Music Institute played various instrumental pieces on violins and a cello, drawing an audience of over 30 people. A guitarist played classical and rock fusion pieces, combining cords with quick picking to create flowing music in front of the future location of Teamorrow which will serve boba milk tea.

The portion of Mission between Fremont Ave. and Fair Oaks Ave was especially designed for kids. The South Pasadena Art Center (SPACE) and the Dinosaur Farm set up stations for children to craft their own scarecrows, guided by the woman who developed the project, Marie Miller. The Dinosaur Farm also offered face painting to get children more involved in the Arts Crawl.

Senior Valentina Quinonez helps out at a SPACE arts and crafts table.

Junior Rainey Tilley enjoys one of the food trucks present on Saturday night.

The South Pasadena Dads Uniting Dads in Education and Service (D.U.D.E.S.) opened their annual beer tasting to the public, with 400 to 500 people attending. This year the D.U.D.E.S partnered with the South Pasadena Historical Museum to make the Oktober Fest available to more patrons than in previous years, providing food, home brewed beer, and live music.

The proceeds from the D.U.D.E.S. event will be split with the South Pasadena Historical Museum. The rest will go to South Pasadena schools. Next year, they plan to expand to the size of the Farmers Market and close the block of Meridian between El Centro and Mission to accommodate for more people.