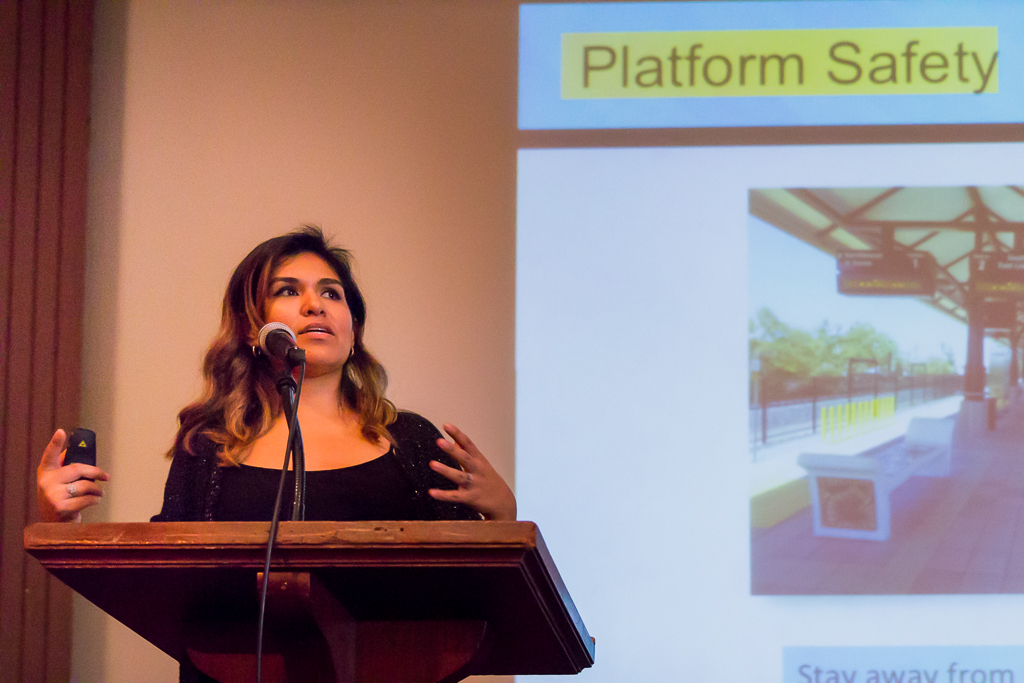 The L.A. Metro educated students on transportation safety features and travel opportunities during the Metro Assembly on Friday, October 20.

During the presentation, Community Relations Manager Jackie Gonzalez reminded students of safety procedures when riding the Metro or encountering a train crossing. She went on to explain the L.A. Metro’s train routes, noting popular attractions, such as Universal Studios and the Santa Monica Pier, that students could get to by using the rail lines. Gonzalez also reviewed the logistics of traveling with Metro, covering bus and train times and the student TAP card discount.

Metro also introduced a new field trip program during the assembly, which opens an option for South Pas teachers to request field trips using the Metro system, which includes their buses and rail lines. Teachers can take up to 60-65 students each trip, each with their own, already loaded TAP card, courtesy of Gonzalez and Metro’s Community Education team. In addition, Gonzalez will provide guides who will join the group to ensure that the field trip on the Metro runs smoothly.

“It was very informative, and more interesting than I thought it would be,” English teacher Mr. Mark Afram said, “My only concern is that I have more than 60 students, but I’d definitely be more open to [taking a field trip].”

Following the Metro presentation, ASB representatives announced the Homecoming Week spirit days and events, which will take place the week of October 30.