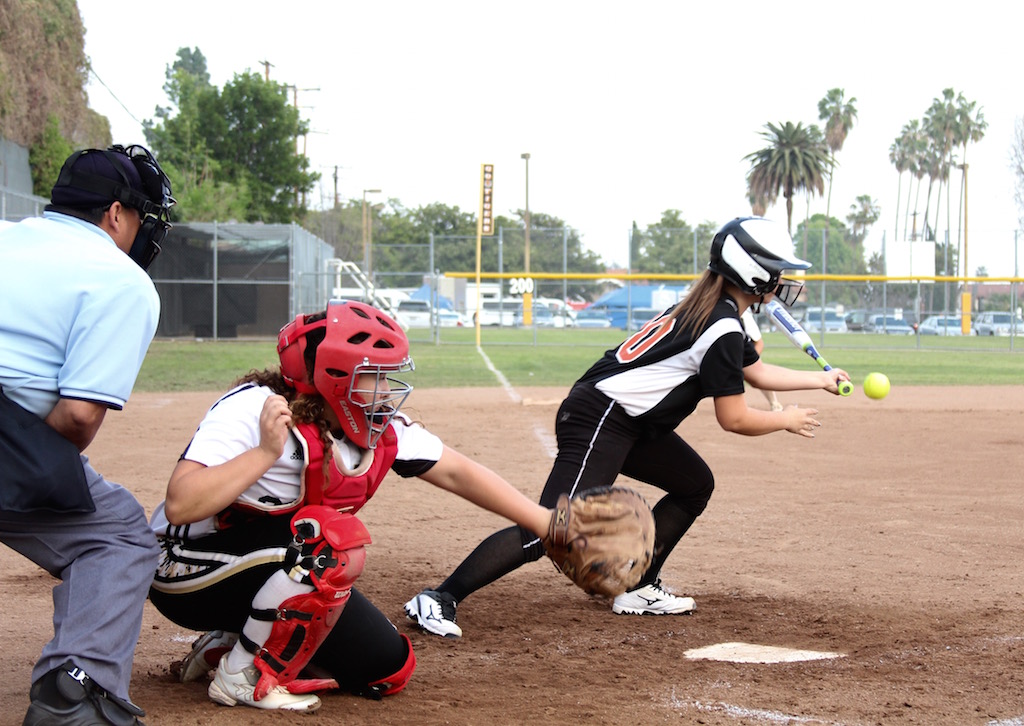 The softball team fell in a mercy loss against Heritage Christian 16-1 on Friday, March 4. The opposing pitcher shut down the Tiger offense, accumulating 10 strikeouts in the five innings played to reduce the squad’s record to 0-2 in the preseason.

Heritage Christian dominated the field from the very first at bat. The visiting team scored four runs before South Pasadena had a chance to put up an offensive run of its own. In the bottom of the inning, senior pitcher Jocelyn Arellano bunted to get on base, and after an overthrow to first, ran all the way to second. Junior first baseman Emily Swanson batted Arellano in for the Tigers’ first and only run. South Pasadena failed to drum up anymore offense for the rest of the game, and conceded twelve more runs in the next four innings before finally losing due to the mercy rule.

“I think we did well, we made some errors and mixups and they got good hits.” said freshman catcher Catherine Connolly. “Most of the teams have had more practice together, but we should become more solid as the season goes on.”

The team hopes to earn its first win in its next game against Gabrielino High School on Wednesday, March 9.