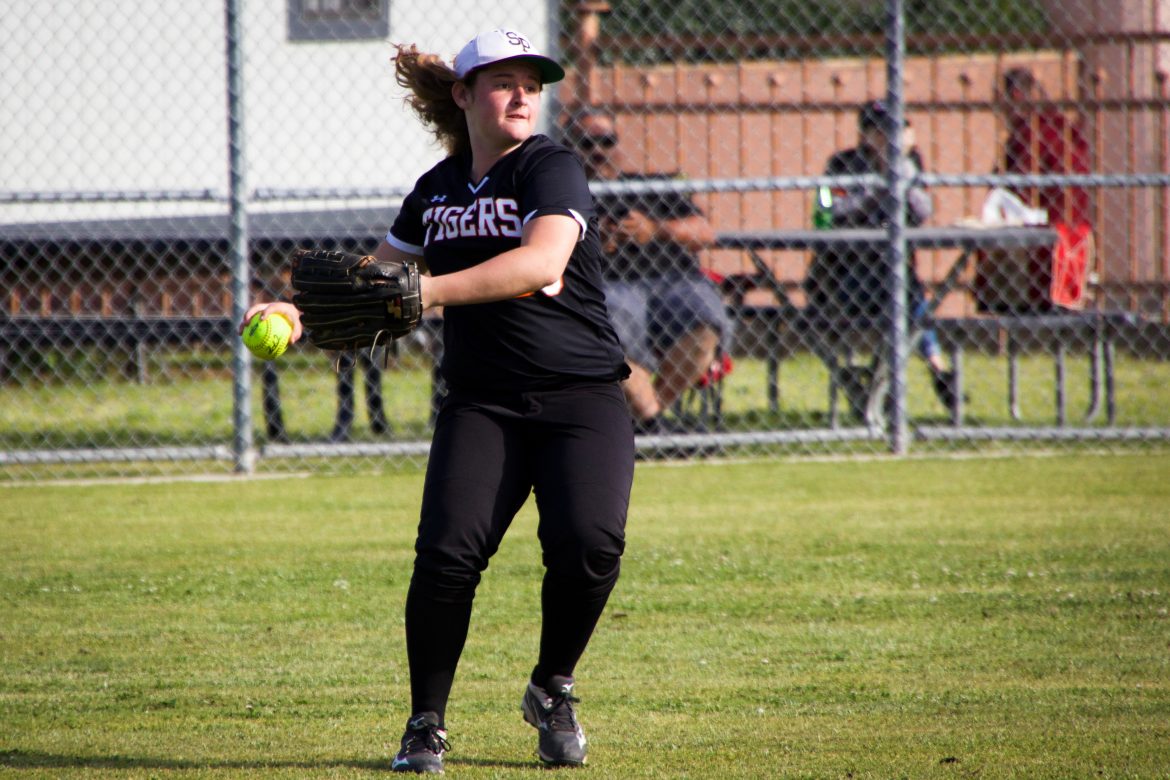 The Tigers were able to overcome a slow start to win their first league win this season.

The varsity softball team won its first league game in two years on Friday, Apr. 12 in a road match against the Monrovia Wildcats. Appearing in deficit for the majority of the game, their win was miraculous, with an incredible seventh inning comeback. Prior to this triumph, the Tigers had played Monrovia twice thus far in the season, but lost both of the earlier games. This victory brings South Pas to an overall 1-8 league record.

The Tigers were unable to compete with the Wildcats in the early innings of the match, leaving them at a 3-0 deficit by the end of the third. Although sophomore pitcher Cameryn Pearson thew precise balls, the Wildcats batters matched her strength with dynamics and speed, continuously outrunning the Tiger fielders. South Pas entered the fourth inning with heightened motivation, loading the bases early on, propelling them to slightly cut into the deficit with a score of 3-1. When the Wildcats went up to bat, an early triple forced South Pas to tighten up their fielding. This led to multiple impressive saves from senior Jillian Godinez and junior Kat Castro, putting an end to the fourth inning.

South Pas would have to play with immense team-wide unity if they wanted to finish the game victorious. Yet, this did seem feasible as the Tigers improved their play throughout the match. Junior pitcher Stella Benton struck out the Wildcats batters in minutes in the fifth inning with help from an impressively aggressive and communicative infield. However, the Tigers apparent inability to score against the Monrovia fielders left them with a remaining deficit.

Junior first baseman Karly Roberts served as an essential asset both on the field and up to bat in the second portion of the game, preventing numerous potential conceded runs and propelling the Tigers into a miraculously successful seventh inning. Riding the momentum, the Tigers performed better than they had for the entirety of the game. Batter after batter swiftly surpassed the Wildcat infield, eventually bringing South Pas into the lead with a score of 6-4. The team was energized after these scores than in any preceding match thus far in the season.

If the Tigers could manage to constrain the Monrovia batters from progressing in the final inning of the game, they would earn their first victory in years. The team responded to this fierce pressure rather well. Benton pitched with more precision than ever before, and quickly struck out numerous Wildcats and the game finished with a score of 6-4.

The Tigers are hoping to propel momentum from this phenomenal triumph into a home victory against the La Canada Spartans on Tuesday, Apr. 16.

Track and field shows out at Jim Cerveny Invitational