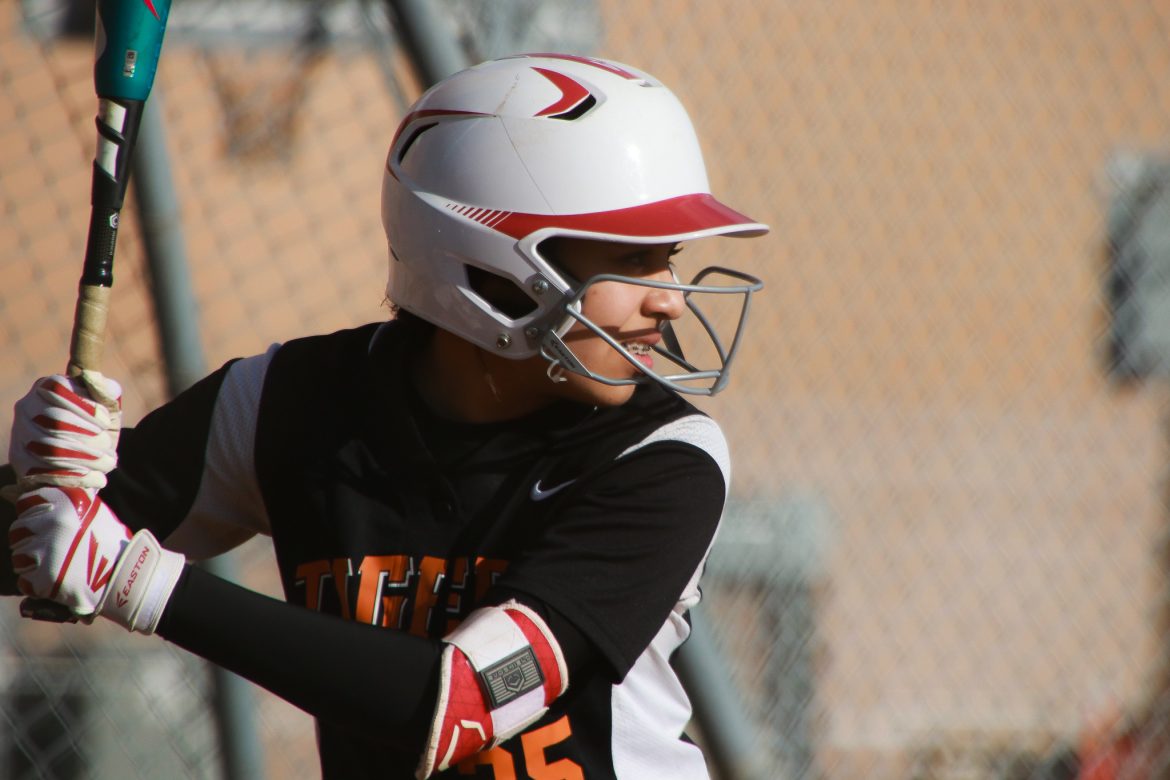 The Tigers fell behind 6-0 in the first inning and could never recover.

The varsity softball team suffered a 9-0 loss against the notorious La Cañada Spartans in a road match on Friday, Mar. 22. Although the Spartans made numerous runs in the early innings, the Tigers kept them on from obtaining a landslide win for the remainder of the game through solid fielding. This loss brings South Pas’ overall league record to 0-6.

The Tigers struggled to compete with the dynamic Spartan pitcher, as the first inning began with three consecutive strikeouts. Sophomore Cameryn Pearson and junior Stella Benton delivered strong pitches when they switched into the field, but the Tigers efficient outfield passes were often surpassed by the swift Spartan batters, bringing the Tigers to an early 6-0 deficit.

The Spartan pitcher seemed to be approaching each throw distinctively, with new speeds and heights in practically every pitch. This proved to be very damaging to the Tigers as their first three hitters struck out yet again in the second inning. Appearing very frustrated, the Tigers unified as a team the second time they went on the field. Sophomore Carissa Park and junior Jewel Nguyen caught numerous balls that could have potentially resulted in runs, putting an early end to the second inning.

The third inning mirrored the second, as neither team made particularly strong advancements up to bat but rather strengthened their dynamics on the field. Sophomore Kate Buckley caught an impeccable hit in the outfield which completed the third inning. The score was now 8-0 with a Spartan lead.

Game after game, South Pas showcases a strong array of skills, but continuously seems to be defeated by negativity and internal discouragement. The team is talented, but they may not be able to salvage a league win until they gain team-wide confidence in their abilities.

A gain in confidence seemed hopeless at the start of the fourth inning with such a sizable deficit, but junior Cat Castro made a remarkable double that increased the Tigers’ hope of scoring in this difficult match against the league undefeated Spartans. In the field, the Tigers did not allow for a La Cañada run, which kept the score unchanged.

Neither team made an eventful advancement throughout the fifth inning, aside from a Spartan home run that brought the score to 9-0 and strong infield presence from senior Jillian Godinez.

The Tigers batting grew stronger in the sixth inning, as both Castro and senior Justene Fernandez made memorably strong batting attempts, almost loading the bases. Benton appeared to have increasingly heightened her pitching abilities throughout the game, striking out three batters in the second to last inning.

In their final opportunity to score in the match, the pressure was on for South Pas in the seventh inning. Park made a strong hit at the start, and run by run eventually made it to third base. Unfortunately, the Tigers struck out before a point could be scored, and the game ended with a score of 9-0.

The Tigers are hoping to compensate for this loss in a home game against Temple City on Friday, March 29.