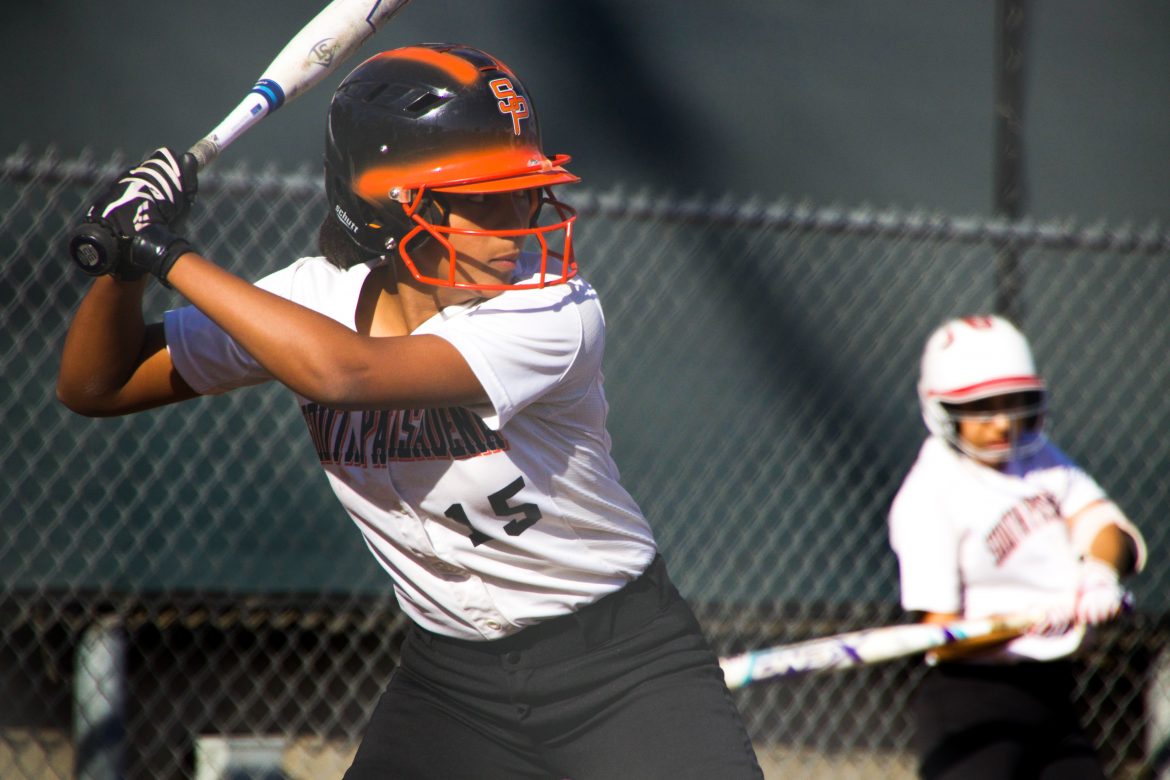 An offensive outburst by the Tigers tied the game at four, but the Rams scored 10 unanswered to take the game.

The varsity softball team suffered a 14-4 road loss against the Temple City Rams on Tuesday, March 11. Although the Tigers managed to score what appeared as a marathon of runs in the early innings, their progression was halted by a series of dynamic ram offensive plays. This loss brings their overall league record to 0-3.

The Tigers struggled to execute pitches early in the game, yielding a 4-0 deficit by the end of the first inning. Once they came to bat in the second, they were immediately struck out by the impeccably strong Ram pitcher. Rated by their early losses, South Pas heightened their dynamics. This began with a hard base hit from senior Jillian Godinez that was followed by a double from sophomore Carissa Park. This base knock cleared the loaded bases, scoring three and tying the game at four.

Temple City jumped back in front with two more runs in the top of the fifth. The Tigers struggled to rekindle the relentlessly unified force that was present in last Thursday’s triumph against Ramona Convent Secondary School. Regardless of their attempts to spark a rally, the team simply was being outpitched, inning after inning.

Their largest opponent, however, did not appear to be the Rams themselves, but the internal discouragement that the team faced as the game progressed. In the end, the Rams’ offensive onslaught put the game out of reach at 14-4.

The Tigers are hoping to compensate for this tough loss in their home game against rival San Marino on Friday, March 15.