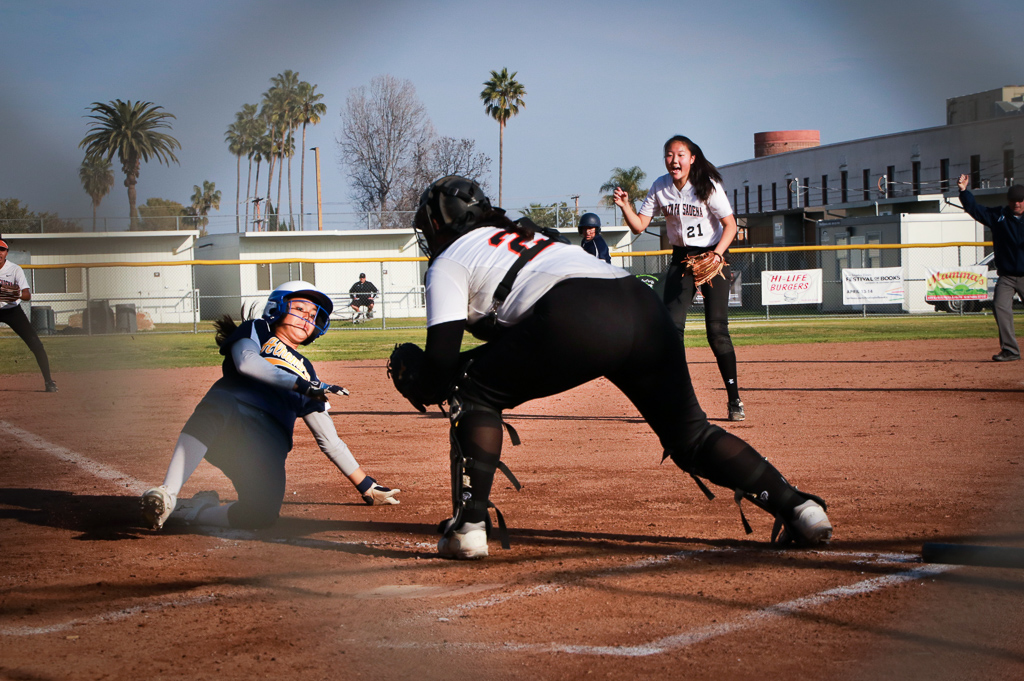 Late Tiger miscues opened the door for a Monrovia comeback.

South Pas fell short against the Monrovia Wildcats in their opening league game, losing 5-4 on the road. Coming off of a 14-1 win against Duarte High School last Wednesday, the Tigers were able to carry momentum into the first few innings on Friday afternoon, but ultimately couldn’t hold on to their early lead.

The game started off slow, with the score tied 0-0 after the first inning. Sophomore Cameryn Pearson started the game on the mound, pitching admirably for the Tigers. SPHS broke the stalemate in the second inning and continued to add on in the middle innings, gaining a 4-0 lead by the end of the fourth inning.

The Tigers kept their strong lead for the majority of the game. However, Monrovia gained momentum in the fifth inning, securing their first run on a line drive single. The Wildcats continued to chip away, finishing off the inning down just two.

The Tigers maintained their lead until in the seventh inning, but ultimately fell short to the Wildcats. The final inning started with a Tiger error, opening the door for a Monrovia comeback. The Wildcats scored another run, tying the score at four. A final Tiger error sealed their fate, allowing Monrovia to secure a 5-4 victory.

Despite the tough loss, the Tigers showed promise for a successful league season. South Pasadena will next play a home game against the rival La Cañada Spartans next Tuesday, March, 5.

Swimming competes against Gabrielino at home