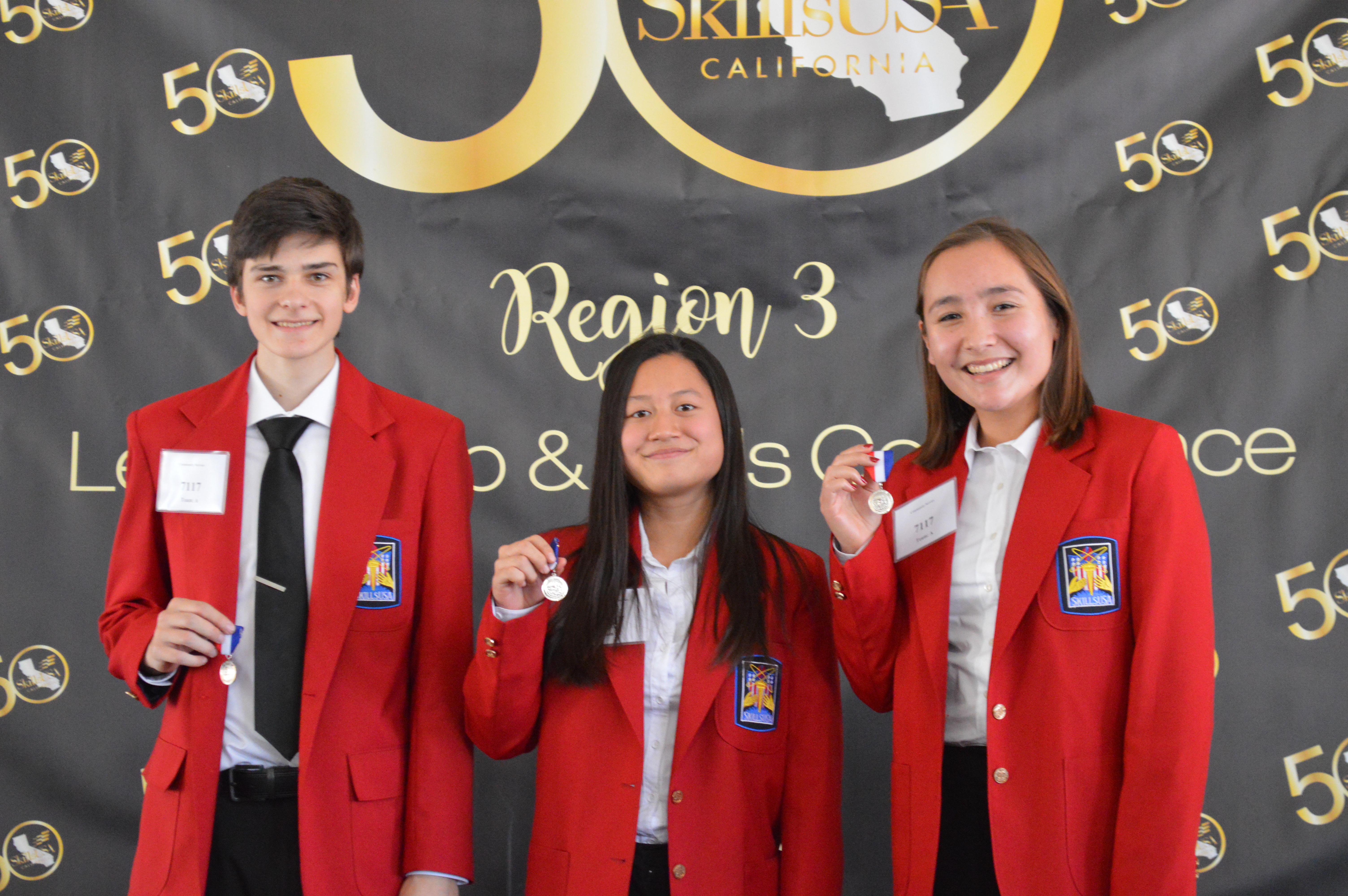 The SPHS SkillsUSA team attended the Regional Leadership and Skill Conferences, the first Skills competition of the year, on January 28 and February 4 at the Los Angeles Trade Technical College.

The team garnered 20 medals in the Leadership Conference on January 28, eleven of them gold. Tigers received the gold medals in Actions Skills, Prepared Speech, and Career Pathways Showcase, among others. On February 4, South Pas was awarded four medals in the Skills Conference for Technical Computer Applications, Screen Printing, and Computer Programming.

“I’m really happy [for] all the people that went to compete. It’s the biggest number of competitors we’ve ever had, and we had an outstanding amount of medals. Everyone is excited for the state competition coming up in April. [It] just shows how great our members are,” Junior Damian Ugalde, president of South Pas’ SkillsUSA said.

40 South Pas teams have qualified to compete in the SkillsUSA State Leadership and Skill Conference being held in San Diego on April 20-23.