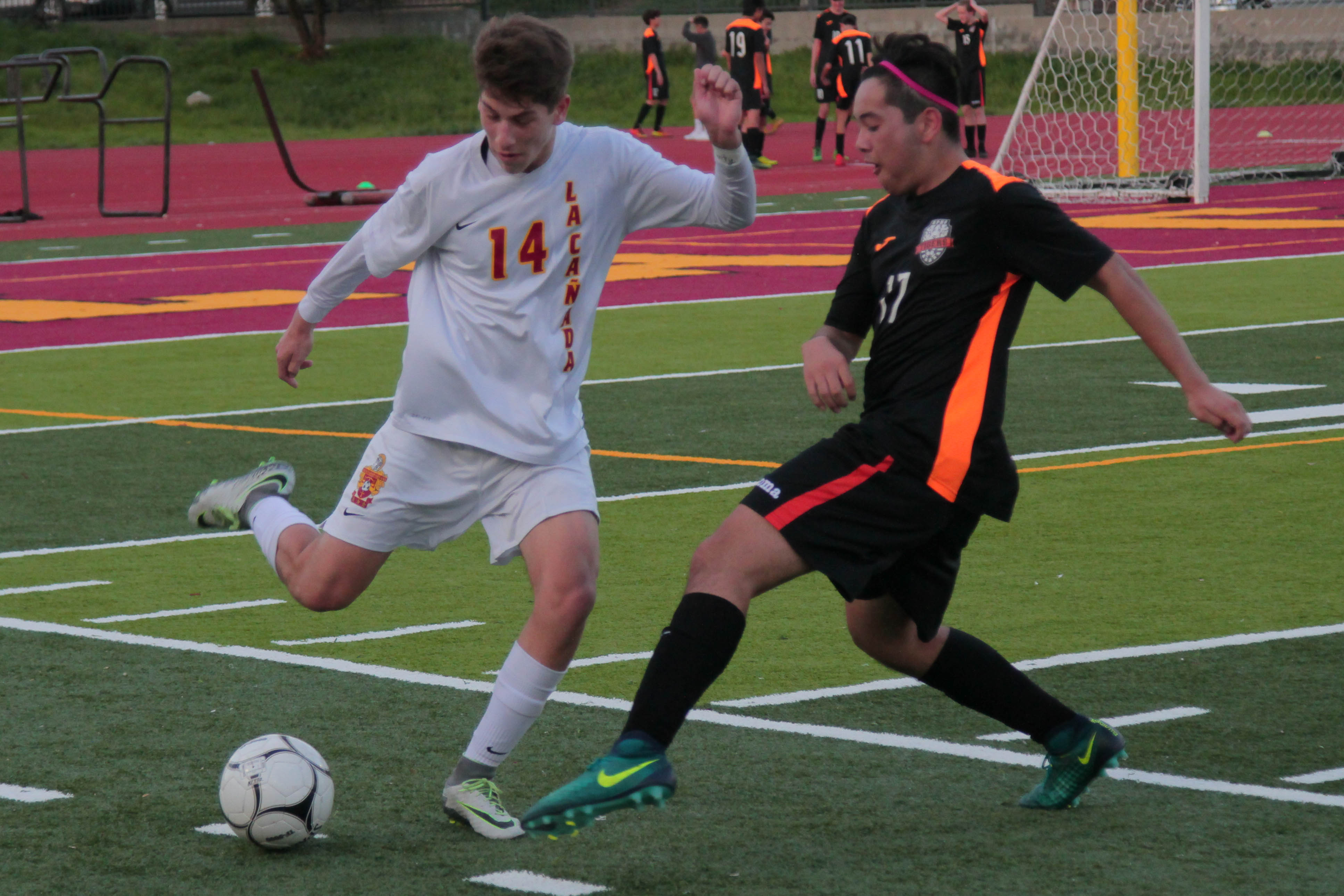 Boy’s soccer capped off its last game of the regular season with a tie against the La Cañada Spartans last Thursday, February 9. The scoreless match between the two teams gives the Tigers a 7-2-1 record and a tie for second place with Monrovia High School.

Both teams entered the contest with an intense start to the game. The Spartans made the first move in the matchup, looking to score early on with a fast paced offense intent on catching South Pas off guard. The Tigers answered back with strong attacks directed towards La Cañada’s net, though they produced no results. The closest South Pas would ever get to the Spartans’ net came when junior Jack Renken launched a free kick at the goal midway in the half. Although the ball looked as though it would go in, the Spartans’ goalie intercepted the ball before it went in. Both teams would continue to muscle their way towards each other’s goal, with La Cañada having the clear advantage over the Tigers. Every chance South Pas got on offense was quickly destroyed by the Spartans’ defense. Renken, the team’s leading scorer, was iced for most of the match with a triple team on him.

La Cañada used several South Pas turnovers to their advantage and marched their way down the field to the 20 yard line, where they picked up a free kick and a chance to score. A monster block by Renken ruined the Spartans’ chance at scoring and kept the Tigers in the game with La Cañada.

Despite this, South Pas failed to generate any offensive momentum and turned over the ball every possession. For much of the second half, senior goalkeeper Kevin Foster saw plenty of action as shot after shot by La Cañada would be deflected or caught before reaching the net. After stopping another shot, Foster found himself out of position to stop the Spartans’ follow-up attempt. However, senior Max Amido was able to make  a desperate save as he kicked the ball out of bounds before the opposing player had a chance to score. La Cañada kept up the pressure on the Tigers’ defense and kept firing at Foster in the net. Unfazed by this, Foster made more blocks on the Spartan players. Additionally, stellar performances from Amido and junior Hank Rainey allowed the Tigers to stay one step ahead of La Cañada with numerous stops on defense. This gridlock between the two teams resulted in an eventual 0-0 tie.

In order to decide who will receive the higher seed in playoffs, South Pas and Monrovia will flip a coin. The teams will learn who they play in the first round of CIF on Monday, February 13.