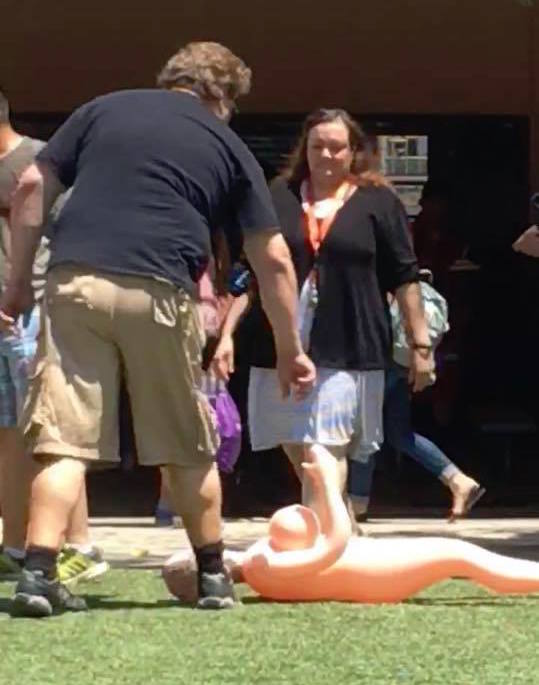 The Class of 2017 ambushed today’s lunchtime with sex dolls, water balloons, and smoke bombs.  At the end of third period, some seniors taped inflatable sex dolls around campus, including two in the 400’s Building staircase and one on the Senior Lawn. The annual lunchtime Festivus celebration, meant to recognize students after standardized testing, was interrupted by this year’s senior prank.

Near the Tiger Patio, several smoke bombs also went off.

During Principal Janet Anderson’s announcement of junior raffle winners, an unnamed student threw an apple at another student. The disarray of Festivus continued with seniors throwing water balloons throughout lunch.

Administration found a number of unattended water balloons and promptly confiscated them.

“They [seniors] are always going to do something [pull pranks]… it’s just a shame that they decided to do it on Festivus,” Assistant Principal Ms Janet Wichman said.

There is definately a great deal to know about this issue.
I really like all the points you’ve made.