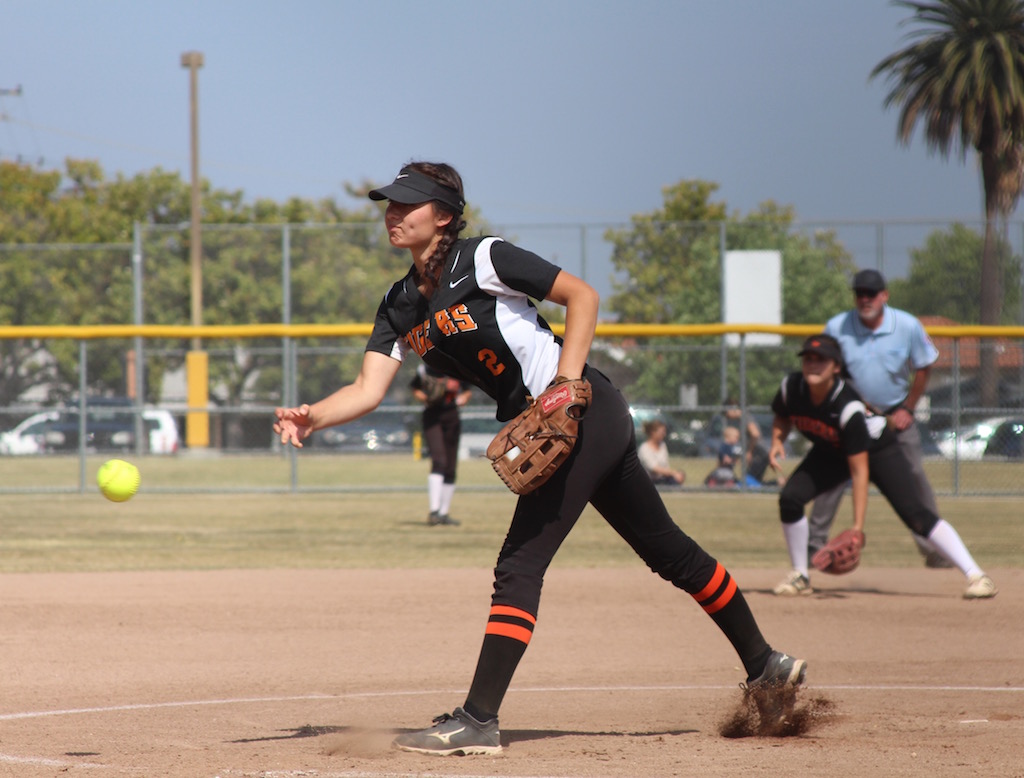 As its season quickly approaches, the girls’ varsity softball team looks for plenty success. The returning leadership from last year is attempting to improve on its previous disappointing season and hopefully clinch a CIF berth.

Last year, the team had a record of 2-11 in Rio Hondo League and 3-17 in overall competition. They ended last year’s season on a high note with a sound win over Blair High School. The Tigers’ lackluster season was also marked by the departure of standout player, junior Sophie Reynolds.

Previously the assistant junior varsity coach, Kayla Moore has become the current varsity coach and is working with co-head coach Greg Vargas to bring the girls to the best of their abilities.

The Tigers have many promising returners this year, including outstanding senior hitter Adriana Ramirez. Other returners include juniors Victoria Venardi and Amelia Anthony, who keep the Tigers a force to be reckoned with in the infield and outfield. New sophomore Katelyn Wooton, a possible catalyst for the team, along with hitting standout freshman Jewel Nguyen round out the team.

I’m looking forward to getting close with the team because we have a great group of girls this year. I’m sure that we can become very close-knit group and rack up some more wins this year,” Venardi said.

The girls have already had their first preseason game on Monday, February 27, when they faced off against Montebello High School. The Tigers fell to Montebello 11-0 in the away game.

The squad is practicing five days a week, Monday through Friday, to train and start their season off on a good note.