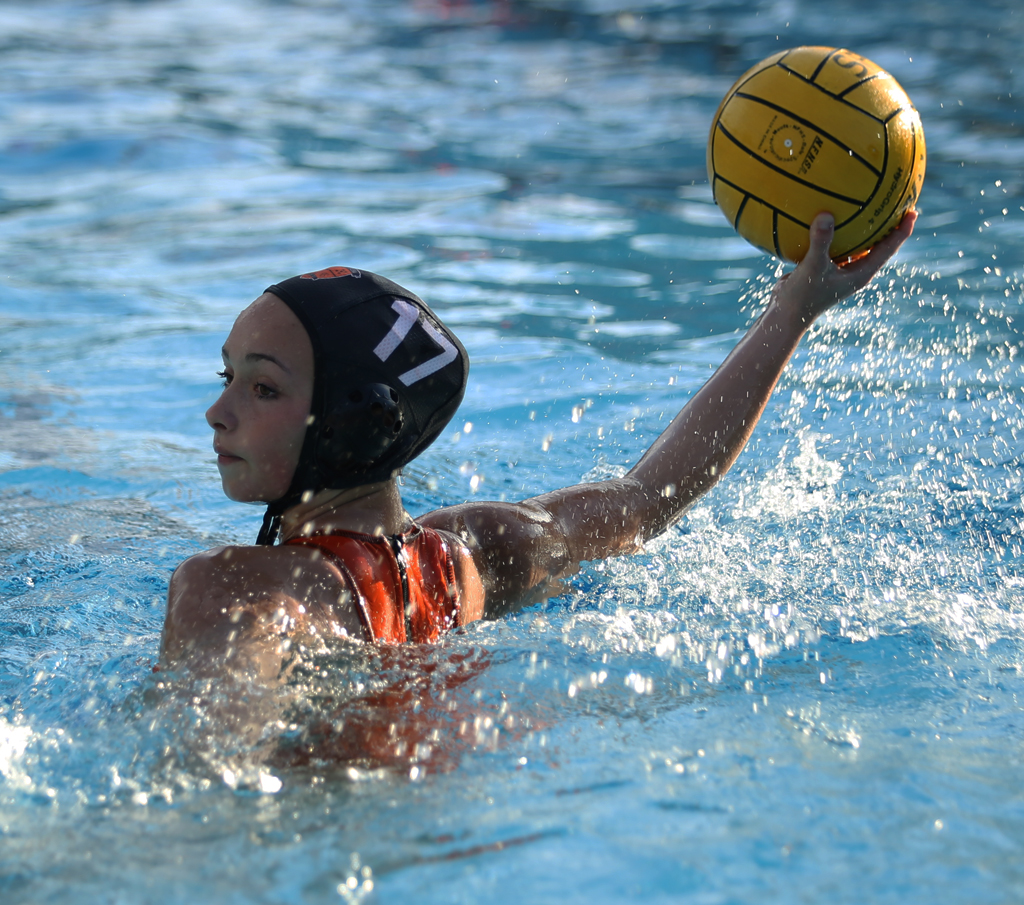 The girls’ varsity water polo team is looking forward to another promising season after finishing second in league last year. The team made it to the quarterfinals in CIF, but came short of advancing after a 10-8 loss against Los Altos.

In past years the team consisted of 15 players, but this season head coach Meaghan Paschall has cut the team down to ten. The squad lost two players to graduation last year but have six returning varsity members as well as four players who have moved up from last year’s junior varsity team. Despite being the smallest team in the league, coach Paschall says the girls are more unified and cohesive. She plans to use the smaller roster to their advantage when facing opponents in the Rio Hondo League with more players.

Junior Hayden Carlson and sophomore Sydney Shettleroe are expected to lead the team this year, as Carlson was named MVP as a freshman and co-MVP with Shettleroe during the previous season. This duo continually showcased impressive offensive numbers last season and produced most of the Tigers’ goals.

The girls have been practicing since August, working in the pool on technique and individual skill development five days a week. The team also goes through dryland runs to condition twice a week and has regular scrimmages to simulate live competition.

The Tigers are the underdogs of the league this year, with Temple City and La Cañada powerhouse squads posing a challenge for the team. However, they are confident that with more practicing and teamwork, they will come out strong.

“Half our team is [very] experienced and the other half is not as much, so we balance each other out and make up for each other’s weaknesses in the pool,” junior and second-year player Ashley Gao said. “We all work well and are expecting a strong season.”

The team has its first preseason game against Pasadena Polytechnic next Tuesday, November 29 at home. The actual Rio Hondo League season will be in full swing by January and the girls will continue to prepare until then.

Thanks for a marvelous posting! I actually enjoyed reading it, you
can be a great author.I will make certain to bookmark your blog and definitely will come back at some point.

I want to encourage you to ultimately continue your great writing, have a nice afternoon!